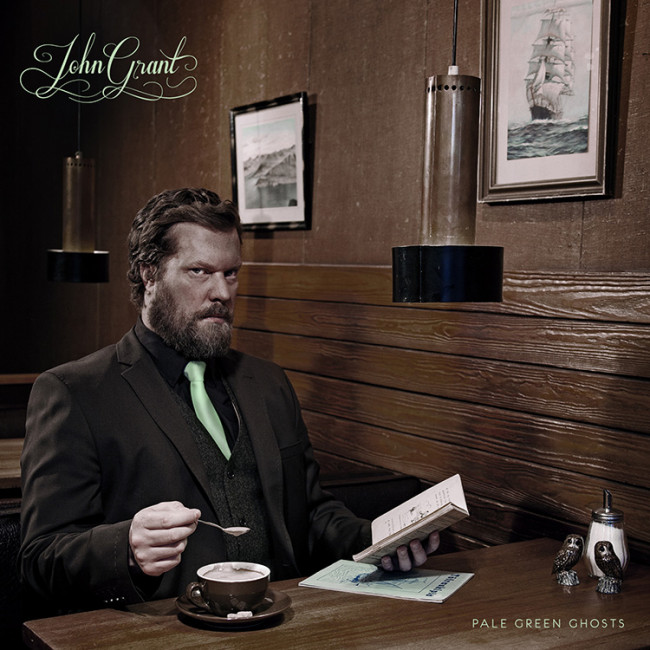 Ninety per cent fewer people are going to read this compared to my recent Savages review. That’s a stone cold fact. There’s this belief that music writers and fans are obsessed with ‘firsties’ — being into a band before anyone else, but empirical evidence suggests this isn’t the case. When I look at the underground (or indie, or non-mainstream, or whatever you want to call it), I see a desire to conform, to create a consensus, to demonstrate one’s knowledge of this consensus to the consensus-makers in the hope that they’ll be recognized as one of their own.

Conspiracy is too strong a word, but coincidence feels way too naïve. Like most of these things, it’s more just a case of people acting in their best interests, labels and PR people and influential websites acting on the typical short-sighted capitalist desire to consolidate and control the marketplace, to marginalize competition and create a ubiquity of opinion.

This tendency has always existed in culture — in all areas of culture — but the 21st Century seems to have allowed people to learn the rules quicker, what’s hip and what’s not, and has turned most conversations about culture into mere fashion, a question of taste — less about good v. not good and more about right v. wrong.

For the casual listener, the person who understandably doesn’t have the time of patience to go digging for new music every week, there’s a real problem in the way we learn about new music being made outside the mainstream.

This long-winded introduction is just a way to say that when an album comes out as original and moving as the new John Grant album and its brilliance passes under-noticed and under-acknowledged, there’s something wrong in the way independent music is being marketed and sold. Pale Green Ghosts does for me all the things Magikal Cloudz is supposed to do, and does it so much better it isn’t even funny. Is he overlooked because John Grant has been making music for a while, first as part of the Czars and then as a solo artist, and so we must have already heard everything he had to offer? He isn’t hot and buzz-worthy enough? I don’t know. I can say that, for whatever reason, nothing he’s done has ever registered with me before and yet I can’t stop listening to this album. I can say this album fascinates me in ways that The National does not, the way that few singer-songwriters ever manage these days (most combine dull songs you’ve heard a million times before with dull writing you’ve heard a million times before — silence and a newspaper are better at both).

I love how the percentage gets smaller as the song approaches its end — even a megalomaniac still has their moments of self-doubt. Just ask Everett. Just ask me.

Pale Green Ghosts is the kind of record where you can compare it to ten other things and still come up short. Deceptively simple, deceptively straightforward, Pale Green Ghosts is never what you think it is — not for long anyway. It possesses a wit and swagger, an originality of viewpoint, you don’t find in singer-songwriter stuff these days. The textures are swoon-worthy — Germanic Icelandia synths and sighing high-hats. It’s too human to be electronic, too cocky to be Gordon Lightfoot or Sufjan Stevens or some similar such sermon.

In its earthy humor, the title Pale Green Ghosts is as likely to refer to booger remnants as the supernatural.

When the synths enter at the end of ‘It Doesn’t Matter To Him’ the song turns from a slow Beta Band/Beck at his most sensitive lament into an entirely different song — imagine Ultravox’s ‘Vienna’ without a trace of the unintentional silliness. It’s a stunning move, one that tears open a huge rift in both genres.

‘Why Don’t You Love Me’ ends in brutal, stabbing synths — the part of the argument where you burn down the house.

‘You Don’t Have To’ is the missing link between Grimes and Magnetic Fields, except Magnetic Fields haven’t done a song this good in years, possibly ever. And again, when the synths come in towards the end sounding like carnival knives it takes the song into totally unexpected places.

It ends in the grand hymnal of ‘Glacier’. A song to give strength, a song of overwhelming duende, an elegy for the self, of transcendence and perspective. It makes me want to write words that I normally have contempt for in the context of music — sincerity, beauty, power, courage, etc. But it takes a lot of all those things to signify and register at a time when people prefer to be entertained by cheap laughs and diversion.

To put it another way, this makes most of the Captured Tracks catalog sound infantile and empty. And I say this as someone who once wrote nice things about Mac DeMarco (and um… Wampire). Music doesn’t necessarily have to be all powerful and moving in order to be worth listening to, but the absence of depth shouldn’t automatically be a plus either.

Don’t get me wrong. There’s nothing worse than listening to someone trying to be profound and failing, trying to come across as deep and meaningful and not pulling it off. That’s why I’d rather listen to Mac DeMarco than, say, Bat For Lashes. But it’s important not to get too cynical, not to automatically reject sincerity as ickily sentimental. It’s hard to do well, but when it’s done as well as it is here, that’s something worth applauding.

Pale Green Ghosts is an album as diverse and hilarious, as dying and alive, as life itself. What more could you ask for? Prior approval? Grow up. The music world is a lot bigger than Pitchfork, and there are far more interesting journeys to go on than the path from a publicist’s e-mail to a writer’s inbox.

But for all my ranting about music critics, their cloth ears and coke noses, this album seems to connect with more people by the day. It’s rare when internet comments make you feel better about mankind, but the comments underneath a John Grant YouTube video are almost enough to make you weep.

John Grant has just made one of the best albums you’re ever going to hear. Go hear it.