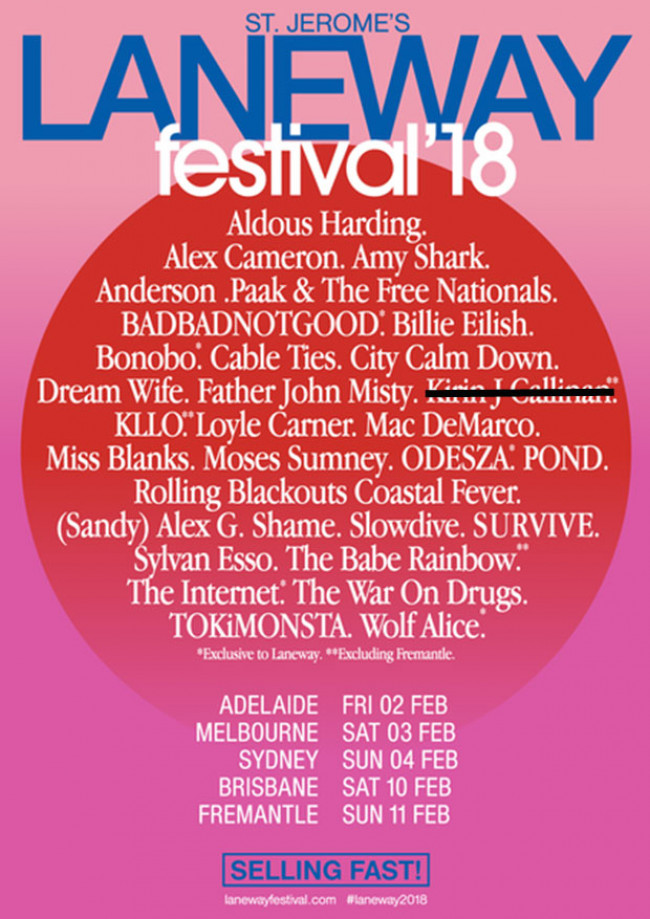 You break up with your ex. You like them, but they’ve pushed the limits of what you can take. You no longer feel comfortable around them. You kick them out of your share house.

A few weeks later you get out of the shower. Opening the door and walking through the living room there they are. They’re back in the house. They’re friends with your housemate. They both look at you with a grin while your clutch a towel defensively about your body. They snicker like schoolkids. “Ain’t it the funniest thing? Hyuck hyuck hyuck?”

Kirin J Callinan’s intentions have always come from a good place. But how he’s chosen to react to a section of the community – those without a big booming voice like me and probably you – that feel uncomfortable about his actions have been less than commendable. Instead of building trust or joining in the conversation in any meaningful way he’s paid lip service to the cause. All the while he’s been doing all that he can – whether consciously or not – to apply power and privilege to bat his detractors around like bugs.

1800-Laneway is hotline which acts as a means for “patrons to report and escalate any inappropriate or disrespectful behaviour.” It’s an initiative set up to protect attendees’ “right to have fun, feel safe, feel included and enjoy the music.” The overall object is a simple one, it’s “Creating a culture of respect is something we strive for, not only for our event but for the Australian music industry as a whole.”

It’s becoming a popular practice amongst festivals all over Australia. You would like to think it’s more of a comfort and a deterrent. But the arrest of a terminal groper at this year’s Falls Festival showed they’re a necessity.

On Sunday Kirin entered the Sydney leg of the Laneway Festival and casually bumped elbows with fans and even jumped up on stage with friend Mac Demarco. It raises two questions. Firstly, is whether Kirin was allowed in. If he’s dropped from the line-up and not banned there’s no legal term denying it, I’m sure.
Not the most classy or respectful of acts to show up but. The second is whether the festival condoned it. Was he invited on a guestlist?

“This kind of behaviour isn’t okay, it shouldn’t be tolerated, and you shouldn’t be rewarded with a festival if you’re going to act like this,” Miss Blanks noted when commenting on Kirin’s divisive behaviour to triple j earlier in January. Kirin may not have gotten his paycheque, but he got his festival in the end. A nice fat microinvalidation for all who took exception.

Yeah, he’s one of the good ones. But like most, he’s blind to his inbuilt prejudice and the discrimination of his acts. The systems of suffering they perpetuate. He’s flaunting the rules. Unable to open himself to the possibility that the views of others could be valid if they in any way conflict with his own. He’s invoked white male privilege to blank out from any real discussion so far so why stop? Maybe to listen and learn.

Imagine for a second, he was the perfect model of a psychopath. It’s a matter of principle. What’s the use of having a Safe Policy if it’s selectively enforced? If it is waivered the very first time around because it was all “Just a wee silly,” what’s the point? Shouldn’t rules apply equally to all people? It’s hardly a deterrent to genuinely sick people. Predators live between the cracks.

The appointment of an Ambassador of Safe Spaces and Inclusivity which actually wielded real clout with a group of progressive and open-minded festival organisers seemed like a real step forward in Australian music. Instinct tells me the festival organisers were largely oblivious but if they weren’t it feels like there’s been a small, but crude backslide. 1800 has been undermined. Laneway has consistently proven itself one of the best curated and run Festivals in the country. If there’s been a misstep here I hope they can get it right. I want to get back to enjoying the music.