A Riot Grrrl Primer by ChatGBT 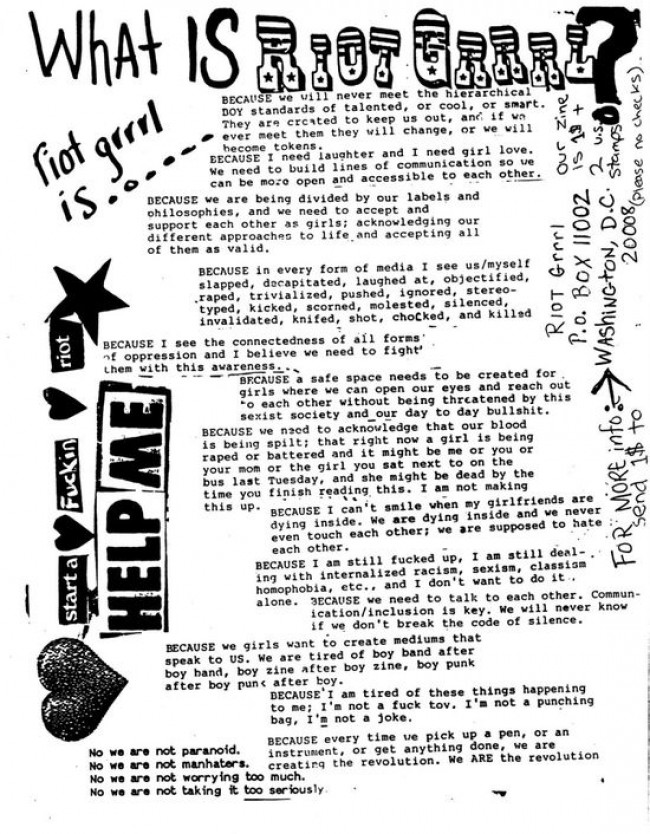 You may have read about ChatGBT, the AI-assisted chatbot launched by OpenAI in November 2022. We signed up and asked it a few random questions (What is the Beatles best album?, Can Bob Dylan sing? Is Morrissey a terrible person? – which prompted a response that “It is not appropriate for me to express a personal opinion about an individual” – before asking it to explain Riot Grrrl.

Then I asked some follow-up questions about Riot Grrrl.  The full list of questions and ChatGBT’s (unedited) responses have been collated below.

So, what’s the verdict? Can AI really write?

Well, some of those responses – those to the questions related to manifesto, fashion, media misconceptions, decline and legacy – are slightly terrifying. With some very basic editing – more to tie paragraphs together and remove duplicated phrases – you wouldn’t be a million miles away from a lot of the music writing that gets published everyday.

‘Content Creators’ will be rejoicing, but is this another step towards the end of writing?