Warning: count(): Parameter must be an array or an object that implements Countable in /homepages/7/d309872558/htdocs/wp-content/plugins/meta-ographr/index.php on line 572 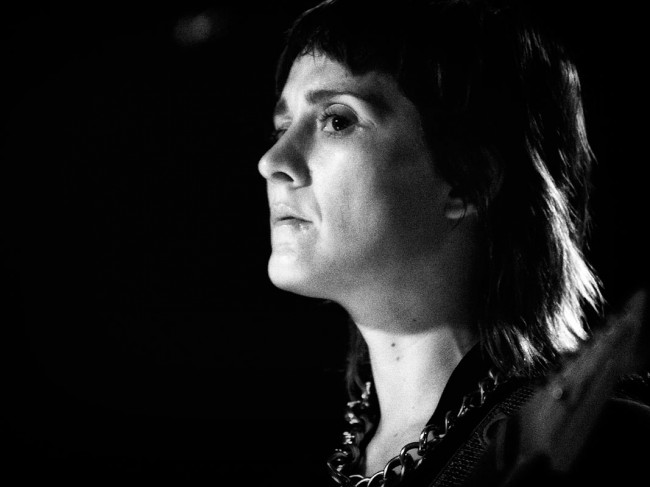 Cate Le Bon is a semipopular artist. The kind music streaming and the current digital climate don’t treat too kindly. How she can bring herself and a backing band, including two saxophonists, halfway across the world to perform here in Brisbane tonight is a wonder in itself.

There are some advantages to her situation though. Lyrically and musically she is free to explore nuance and her own personal fascinations. A listener won’t find songs like ‘Sad Nudes’ or ‘Mother’s Mother’s Magazines’ on some typically safe as milk pop record.

When Le Bon sides on stage at The Foundry tonight she arrives anchored with a sense of confidence and purpose. The band open with the slow and ambient crawl of ‘Miami.’ Think John Cale with a dash of Yasuaki Shimizu’s Music for Commercials. It’s a mood setter. From here the set slowly gestates, eventually nudging toward a faster pace.

The music is an invitation into this artist’s own self-contained reality. It reveals itself at its own pace, mixing surreal and highly personal themes. What carries it all is the lyrical honesty with which Le Bon puts herself across. As an artist she is unselfconscious. And, while at times oddball, there isn’t a hint of pretension to what she does.

The set comprises mostly of music from 2019 album Rewards (though as an artist and a producer she has a rich catalogue to draw from). Cate Le Bon and her band wander through a melange themes and mixed instrumentation before the night’s performance culminates with ‘Home To You.’ The words of Rewards’ second single arrive heavy, delivered with emotion and punctuated with nostalgic sighs.

“Home to you/Is a neighbourhood in the night kitchen.”

Then? Dissipation. Cate Le Bon and the band dematerialise even though it feels like it’s been no sooner than they arrived.