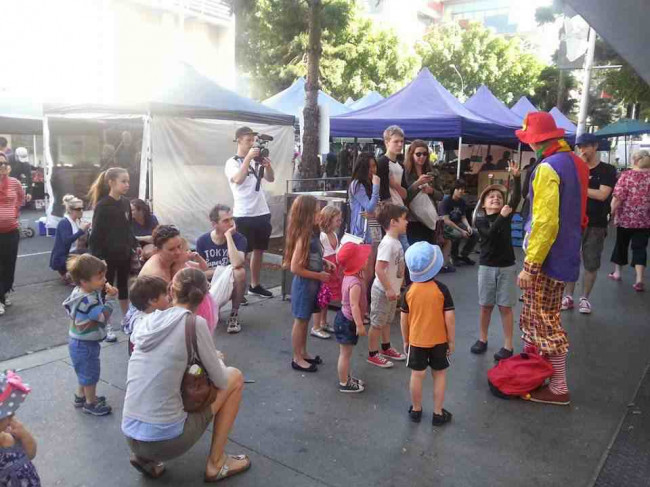 “Do it yourself. Do it your fucking self. You have every platform you need. Yes, those platforms are owned by corporations, but they can’t edit you, but to delete your site if you publish hate speech. All you have to do is be patient. Stop looking for fucking validation. When your article goes up on Monday morning and so many people retweeted it, I have so many friends, I have all these followers, oh my god I’m so popular! Just wait. If you have something important to say, people are going to find it.”

Do you find that a lot of people are agreeing with you?
“Plenty.”

“The system is bullshit. The system isn’t about music. The system is about marketing. The system is about metrics and turning attention to music into demonstration of how your company has reached into a certain demographic and then tell your investors that you’re on it. You’re involved. Look at how many readers you have, and oh by the way, our readers spend £152 a year on shoes. I don’t know if you saw but I tweeted out the one-sheet for NME readers for their ad-sales department. Pretty gross, huh?”

THERE’S ALL THAT SHALLOW LAND: AN INTERVIEW WITH CHRIS OTT (interview: Dayna Evans)

Whatever. Stay safe in your cosy hiveminds, people. Stay safe.

ADDENDA
I was interested to notice this conversation going on in public, on Facebook between two writers I respect.

Scott Creney
Agree w/ pretty much all of this, but especially this: ‘I don’t understand how anyone can justifiably look at the world and say, “I should earn a living wage to express my deep, intense feelings about a local band.” The only way you can do that is if you let people sell ads on the back of your exuberance.’

Scott Creney
Also, and this is an important point re: the Pelly issue, it seems like Ott’s problem with the promotion of these bands is that there’s nothing special about them. Now this is all subjective/impossible to quantify/etc., but his point that bands like this have always existed is 100% true. And if they’re not being promoted b/c of their incredibly brilliant music, then they’re being promoted on the strength of the DIY culture they come from, and just on the strength of the DIY culture. To put it another way, it’d be one thing if Pottymouth were the best band in the world, but if they’re not even close, then why are they being given the attention? As far as Ott’s concerned, it’s b/c of the cool factor, period. And that’s what pisses him off.

Scott Creney
No offense taken, Erika. And even if you were disagreed w/me, I still wouldn’t be upset. And I agree about the importance/value of championing bands that deserve the best. Personally, I find it frustrating sometimes that I have a reputation as someone who tears bands apart when probably 90% of what I write about music is overwhelmingly positive. It’s true that that’s what gets attention, and in Ott’s defense, it seems that not all of his youtube stuff is rants against the industry. But I think talking about the stuff that doesn’t get talked about re: music industry/consumer culture/marketing/dollars/etc. is important and needs to be said. I think his points about that stuff are 100% correct, and I’m glad he said them.

Erika Elizabeth
I keep writing things here & deleting them because I have too much to say & can’t say anything coherently right now, but I will say that Ott’s defense that “In my experience, when a strong woman is expressing views that are in line with the kinds of stuff they’re talking about—it goes all the way back, there are always very celebrated, sanctified female contributors to this scene—they are listened to” – has NOT been my experience, at all. I’d be rich if I had cashed in every time a dude came into the record store while I was working & went out of his way to ask another male in the store a music-related question instead of me, the girl sitting behind the counter. It’s not an exact parallel to writing, but the truth is (and this isn’t news to you at all, I know) that women in the music scene often aren’t listened to or taken seriously. It’s so hard for me to move past that stupid claim & try to sympathize with any of his other points when it makes it seem like the only reason why someone would read what a female writer has to say is because of some ridiculous sexual impulse toward her, or because she’s only in the position to write in the first place because of some sort of masterminded affirmative action policy.

Erika Elizabeth
Also, my (early) excitement over Priests on Collapse Board was in no way connected to huge companies. Feel free to send all praise & kudos my way, everyone.

Scott Creney
I had a massive problem w/that statement as well, Erika. At the same time, I don’t think his muddleheadedness on that point should be used to invalidate his clear thinking on the other, more central/important, ideas he was trying to communicate.

Erika Elizabeth
I know. I just wish he’d tone down the raging prophet persona long enough to realize that there’s legitimate things to be angry about (selling music culture as a brand) & really misguided things to be angry about (the conspiracy of underqualified women writers being propped up on their gender alone). His video/resulting arguments would have been so much more effective & probably done more to help bring about the changes he’s calling for if he hadn’t thrown totally unnecessary darts at anyone with the wrong set of chromosomes just because he’s angry & has no filter.

Scott Creney
100% in agreement w/you, but it’s unrealistic to expect people who ‘speak truth to power’ to be more perfect than the things they criticize. Everyone’s flawed. Ott’s fair game. All of us are. I think a cacophony of opinions and ideas are healthy, and I think homogeny & consensus are the enemy of good thinking and good art. Get it all out there and let people form their own conclusions. So even though I shake my head at the idea of female writers being a boon b/c it makes guys feel better, I’m still glad he made the video and I think it’s a good thing.

Everett True
Incidentally, I don’t have any problem whatsoever with people writing reviews based on payola or ads, long as they’re transparent about what they do. http://www.collapseboard.com/everett-true/how-to-get-featured-on-a-music-website-pt-4/

2 Responses to Christopher J. Ott | The other Guv’ner (pt 2)