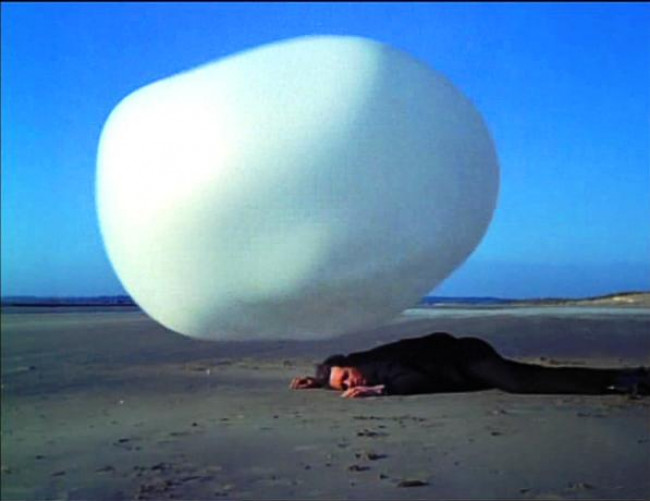 Disclaimer: this is self-indulgent, but it has a bearing on my choices.  You know the monster balloon in The Prisoner – Rover?  Well just lately, there’s been an intermittent ball of sad (or anxiety or both) hovering nearby, just in my line of sight.  Sometimes it’s come so close it’s jumped inside me, a tight skein of pity-me-worms. I call it sadness rover (lower case, capitals are too confident) and thanks to it, this year, I’ve listened more to albums, instrumentals and longer tracks. At the moment, words are distracting and I prefer the implied to the asserted. Sometimes, anyway.

Most listened to was:

Every component of ‘Pearl Mystic’ feels like it’s completely correct and exactly where it should be. It is genuine goosebump-causing soul music. Like my favourite ever psych record (and one of my favourite ever records full stop) – ‘Path Through The Forest’ by The Factory, it shimmers and shape-shifts into all kinds of crannies and cavities. Lots of people have spoken about the emotional quality of this album and it’s true that sometimes it sounds like birds crying  inside an algebraic equation. The unrelenting motorik fulfils the same function of holding yourself very straight and still to keeps your insides from falling out. However, there’s more to it than that, because, when my 5 year old niece heard it, she did a sort of Cossack dance; maximum arm flings, shouting “yeah!” and “alright!” at regular intervals. After that, she kept saying “Please can I listen to Hookworms again?” and it was used as a effective bribe to get her to finish her homework. I know that the singer of Hookworms feels unhappy a lot of the time, because I follow him on Twitter. And I wish I could say something to make it OK, but a) I don’t know him and b) what could I possibly say? But I do hope he doesn’t think that he and the rest of the band can only make something this good when unhappiness is their muse. Because the thing about Hookworms is that their music contains all of the things, and some of those are sad things, but some of them are not, and that’s why it’s soul music.

Next up – The Haxan Cloak – Excavation. Minimal vocals. The feeling in your stomach when a lift drops too quickly, set to music. A lift with all the lights out, and then it shudders to a halt. Dark like a slag heap collapse.  There isn’t really a point in posting individual tracks, because it needs to be listened to as a whole, but here you go.

Or alternatively you could listen to a Shepard Tone over and over again.  Open two at the same time and turn them on and off. And if you really want to party, turn on the audio versions of several Captchas and listen to haunted voices chomping on garmonbozia. Oh the fun I have.

On a more animate kick – Sly & The Family Drone – Unnecessary Woe. Live, this band are a tumult of power and urgency. Using only tape, drums and yelps, they specialise in a unique mayhem that is simultaneously turbulent, playful and life-affirming. This beautifully packaged album preserves the sense of build-up and release that marks their shows, especially in the second track, ‘Grey Meat’

By 5 minutes in, it’s giant-sized, alive with ringing things and squealing things, but underlying it all is the pounding, pummelling drums. It sets the tone for an exhilarating and brain-rattling album full of life and possibility. Fuck you sadness rover!

Next, a reissue on vinyl of a tape first released in 1987: Vox Populi! – Half Dead Ganja Music. Layers and layers of processed tape and hazy, wordless female vocals like a baklava, sweetened with drone instead of honey. However there’s something oddly uplifting about this music and very, very beautiful.

So fragile and lonely and faint. She has always reminded me of Young Marble Giants. It’s lovely to finally have these songs on vinyl. When you listen to The Space Lady it feels like you and she are the last people left alive after a nuclear fallout.

Normal pop service resumes with some individual songs, so as well as all the tunes I already picked here these others were all pretty smashing.

My single of the year was:

A cyclical icicle of a song that I’ve listened to over and over again. Inspired by this, I did away with all genres on my itunes and replaced them with playlists based on imaginary girls. This song headed up the first list – a collection of frozen music named Skadi Klin. “There is no shelter from this storm/Nothing in nature can make my body warm.”

To be listened to alongside Go Violets ‘Teenager’; lilting and contrived, but I’m still a sucker for it with its “pink sparkly sunglasses/lemonade by the pool/Ron Kardashian’s a tool”. And while we’re on a teenage theme, there’s also this:

You decide what to say about it

A work colleague who was a teenager in the pre-internet 1970s told me that she used to do CB radio alone from her bedroom when she was 15. Her handle was Burgundy Lady. She would call out into the darkness and talk to strangers. There’s nothing 1970s about this song, but there’s something about it that makes me think of listening to the radio in the dark. And that’s a good thing.

Pusha T – Numbers On The Boards

The Gooch Palms – Houston, We Have a Problem

And again – such a wonderfully wonderful pop song, it’s difficult to feel gloomy or sluggish when this comes on. It demands that you jump up and down. And then jump up and down again. And again.

Tender boy/girl duo, kind of electro-Motorcycle Boy. Like raspberry ripple ice-cream dripping from the cone onto your fingers, but somehow not getting them sticky

Back to the wordless – this is eerie twisted melanchtronica that could soundtrack the nightmares of architects.

Coming on like Patrick Cowley’s Menergy and with for some reason in places, a British accent, obviously this has to be picked.

Conscious girl-rap, an assertive bass-line, dissonant soul vocals, the line; “I mean what is this?/The chronicles of ridiculous shit?” and meowing sounds.

As dark and minimal as his production for Edward Scissortongue, clickety-clicks, the sound of loneliness. Devastating stops.