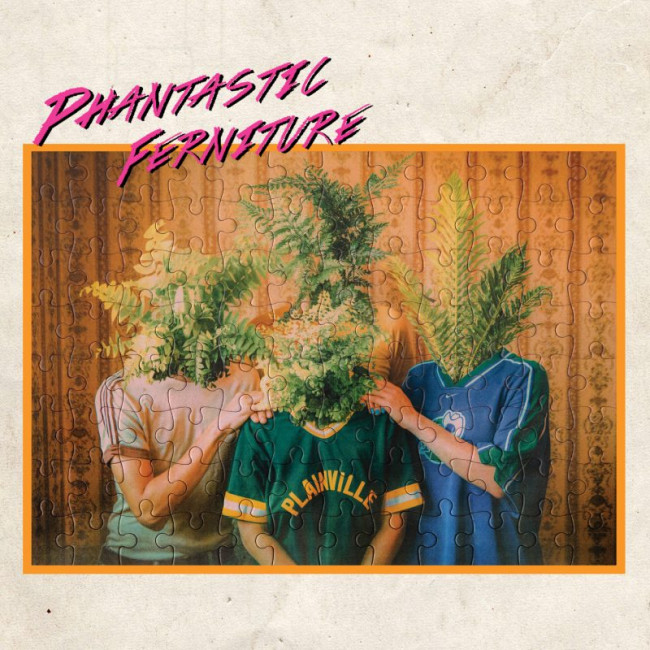 They wanted to make a pop record for fun, and yep, that’s what they’ve done.

Phantastic Ferniture’s self-titled debut album gets the tick for ‘pop’ and ‘fun’, but not in that sickly boy-band/girl-band formulaic kind of way. It’s much more cool. There’s something that evokes the 80s for me, but the more I listen, the more I realise it’s not 80s. If it were 80s, it’d be something like Blondie-slash-Siouxsie, heaps more interesting than say Bananarama-80s pop. Darker, sort of garagey, lots of catchy riffs and bass tunes, melancholic vocals and singalong harmonies. Right up my alley.

The band started as a side-project of these four Sydney friends who all have their own solo musical ventures. Julia Jacklin is on vocals and her wonderful elastic voice seesaws like a slide-guitar. Her besties – Liz Hughes on lead guitar, Ryan K. Brennan on drums and Tom Stephens on bass – all seem to have mastered instruments they apparently don’t usually play in their other lives. But we, the listeners, wouldn’t know, because the tracks all hang together just fine. Over a few years, PF’s beginnings as a ‘little bit on the side’ and some lively escapism, has morphed into something bigger and more enjoyable than they’d set out to create.

It’s a good sign when you love an album on first listen, which I did. It’s partly due to how much I like Jacklin’s voice, having fallen for her rather gorgeous 2016 alt-country album, Don’t Let The Kids Win. But on Phantastic Ferniture you can hear the infectious fun going on with all the bandmates, and I reckon their gigs must be rollicking. (*Note to PF: please come and play some gigs in Melbourne.)

‘Bad Timing’ is a highlight, showcasing Jacklin’s vocal calisthenics and Hughes’s rock-chick back up. ‘Fuckin ‘n’ Rollin’ literally rolls along like a dream, but sadly not one I want my ten-year-old to sing along to in the backseat of the car. ‘Take It Off‘ downs the pace and oozes through both sultry and frenzied moments. ‘Dark Corner Dance Floor’ is probably my personal fave and perhaps the band’s also, going by how much fun they sound like they’re having.

It’s exciting to see Australian female musicians kicking goals at the moment, and the frontwomen of Phantastic Ferniture are great examples. I hope they keep the lineup going, for future album releases, and perhaps some gigs to really look forward to.