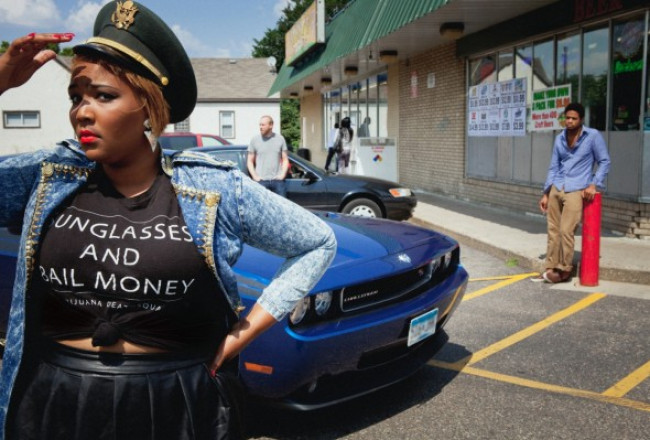 Another tip-off from one of my main sources. Thanks.

Without any further ado, Ms Lee Adcock. (She’s from America, so you’ll have to excuse the spelling.)

Any tune that gives me a big, stupid grin is a keeper in my book.

Case in point – this bangin’ track from Lizzo and Sophie Elias, two sassy chicks from Minneapolis. You might think, from just a listen, that the “batches and cookies” Lizzo boasts of might be some street slang you’re not familiar with. But watch this – this ridiculous, cheeky, most excellent – video, and you’ll soon agree that, no, we’re really talking delicious pastries here. And that makes me grin even more stupidly.

It’s perky. It’s witty. And damn if it isn’t catchy.

Lizzo’s delivery is so great. She’s a boss, and she knows it. She’s got her batches and cookies, bitch, and that means you don’t. WHAT THEN?

Seriously, though, the flow is great. The crazy whistling borders on obnoxious, but for that reason it works perfectly. Sophie and Lizzo rock the mike in equal measure. And those backup vocals in the chorus are so smooth they’re hilarious.

I can’t state enough how much I love this video. It’s a day in the life sort of thing – but it’s a colorful life, and one helluva party at that, which entails waving gay flags, hitching rides on motorcycles, rubbing down hunky men, rapping for the local news, and, yes, chowing down on a bountiful buffet of Crispy Cremes. Which, if you ask me, are all more legit forms of self-expression – and, hell, feminism while we’re at it – than the gibberish that Miley Cyrus or Lily Allen have been babbling about lately.

This one’s great, too.

One Response to Song of the day – 663: Lizzo feat. Sophia Eris