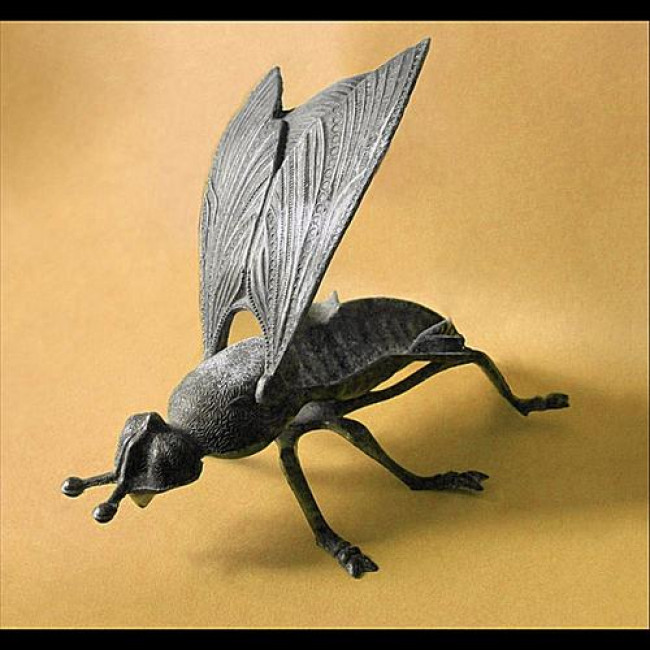 Today, we have a certain amount of confusion over which song should be Song of the Day. Not the band – that’s decided: Bangs alive, way to put down a band!… I’ve been meaning to tackle the fluent mischief and “so post-rock they’re actually post-punk” guitar mauling of old school New York band Fly Ashtray for months and months now. (Old school = they formed in 1983.) There’s a certain energy and – wait, can a guitar sound be literate? – to their sound that often bewilders but more commonly pleases. Greatly. As Trouser Press put it, they’re musically adventurous. And that’s where the confusion starts. Where to begin? We all know a boy needs a dinosaur, but which dinosaur to choose?

“Now here’s a tricky one,” writes Lee Adcock (who really ought to start writing stuff for Collapse Board under her own name, not that I’m complaining).

Fly Ashtray are a curious bunch of outsiders. They’re always late to the party, and never quite the same. No, these blokes aren’t newcomers – they’ve been jiving in their own tilted, woozy way since 1983. Or, rather, in at least three or four tilted woozy ways.

I don’t actually know which track Everett had in mind when he suggested Fly Ashtray. And it’s FREAKIN’ ME OUT. Do I prop up ‘Pamby’, with its beefy bass riff and wistful vocals? Or the Josef K-like shuffle of ‘I Like School’?

No, wait. It’s definitely ‘Also, Muffins’, with its spastic sputterings and sweet vocals mashing against each other. Besides, they’ve got these croissants that will blow your mind.

No, wait wait wait. ‘R.c.a’ has to be it. Yes. Yesssssss. Only ‘R.c.a’ will do. It’s messy. It’s loud. At least three guitars and two drums must’ve been totaled in its production. Imagine if Thurston Moore stumbled into Red Krayola’s studio, and it might sound like this. But more deafening.

OR WAIT. Maybe he meant the joyous, Swell Maps-summoning racket of ‘Prelude To A Snoid’ (whatever a snoid may be)? Apparently those who now sail the Fly Ashtray still crank this one out.

Alas, the odds are that he meant this one, ‘Ostrich Atmosphere’ – which sounds vaguely psychedelic, but clearly isn’t. Substitute the drugs for giddiness.

Bah. I give. And I’ve barely scratched the surface – apparently the compilation I dredged up on Spotify is only the first step on a tumbling journey downwards. So – soak up as much Fly Ashtray as you can. If you drink your pop with a pinch of chaos and a spoonful of nonsense, then this’ll slake your thirst.