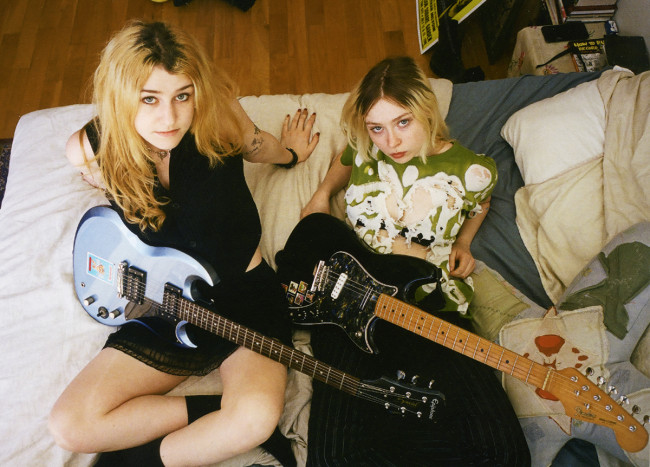 Sometimes the algorithm actually works. Look, I’m just as surprised as you.

‘More like Horsegirl’ it told me so I checked out a few of the recommendations including Momma.

Even before we started I was the guy 26 second into this video clip, *rolls eyes* – “Momma, urgh” because you have entire languages of a multitude of civilisations available to you and you choose to call your band ‘Momma’.

But despite the self-sabotaging in the band name stakes, the album is pretty fantastic. Obvious strong Veruca Salt vibes with the harmonies, beautiful guitar fuzz and great melodies. The 90s reverence continue with name checks in their songs to Pavement and Smashing Pumpkins songs. A case could have been made for any of the songs they’ve released from their ‘Household Names’ to be Song of the Day. In fact, the same case could have also been made for pretty much every song on the album. It’s been one of my favourites of 2022. Listening to it is like some sort of weird flashback to MTV’s 120 minutes on a Sunday night in the UK in the early 90s.

Why aren’t this band already massive? They’ve supported Wet Leg, Snail Mail and are supporting Death Cab for Cutie in the US in the New Year so they’re well on the way to future world domination.

On the one hand, it’s just a shame the algorithm didn’t put me onto Momma earlier, like when we were both in London in May and they were playing in Brixton on my birthday. On the other hand I was already going to see Spiritualized on the same night so it would have been the absolute worst to have missed their only London show. Fingers crossed for next time I’m back in the UK and probably at a much bigger venue than the Windmill.