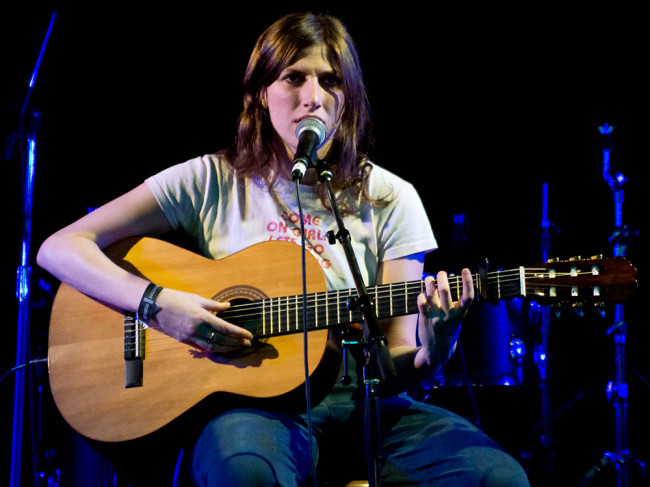 With all the frills and stresses that can surround festival going, sometimes it can be easy to forget the moments that make it all worthwhile. The massive sing along chorus, that one bit of a song that gets you every time, the short walk onto the stage that your favourite artist makes before you see them in the flesh for the very first time, crowd erupting.

At the end of a day; sunburnt and ruined, it’ll be those moments that swirl in your head; so happy you’ll be to have had them, yet slightly melancholic that the moment has passed. So, to avoid missing those special moments at Laneway 2018, I’ve compiled a list of songs you really ought to go out of your way to hear.

And look, if it comes down to it and some of these don’t get played, that’s just a damn tragedy ain’t it; but don’t blame me.

Cameron’s 2017 album, Forced Witness, was a depressed and vile 80s pastiche, but if the genesis of that shtick was 2013’s Jumping the Shark, then nestled right at the end of that albums track-list was the inkling of an early evolution. ‘Mongrel’’s tight, tumbling beat and almost soothing synthesizers spoke to the more refined pop sound he’d find in 2017, so to pull this one out live would be a real treat.

Cable Ties – Tell Them Where to Go

You ain’t heard a bass guitar growl like this in a while. Enraged and gnashing, Tell Them Where to Go could almost be considered autobiographical, telling of carving out your own creative world, away from the boys-clubs and status quo.

If it weren’t for that pesky Samuel Herring with his blasted meathead dancemoves, Josh Tillman coulda been the Letterman revalation of 2014, all splayed upon his automated piano. This year’s Pure Comedy iterated massively on the basis set by ‘Bored in the USA’, but the scrappy cynicism and the cry of “save me white Jesus!” is still something to be shared liberally between friends.

The War on Drugs – Strangest Thing

That fucking part man. That fucking riff. Sometimes I feel like everything The War on Drugs ever produced led up to this song. It’s the sound of an enormous personal undertaking, having weighed you down for years, being shed. Of revelation and insight, of looking outwards and inwards all at once, finding true unity. This is a song to shed tears to, and if they don’t play it, even moreso.

‘Who the fuck are Dream Wife?’ I’d thought to myself like the indignant POS I am. Turns out they’re something like a reimagining of Interpol will a little more to say than “I’m sad because my tie is uncomfortable and I did too much cocaine last night.”

‘Somebody’ is a vocal staccato masterclass at times, and happily slides into it’s striding verses with all the confidence of a presumptuous DM.

To think purely of sound when preparing for an Aldous Harding performance is to only think on a portion of an overall experience. A lot has been made of Harding’s physical presence on stage; expressions, motions, use of space and body, but it’s during her live performance of ‘Horizon’ where this tendency to visualise what she’s saying, not just speak it, is fully realised. Without guitar or keyboard or any other barrier, ‘Horizon’ is Harding at full exposure.

It’s to be expected that for the 45 minutes or so that Alex G takes the stage, you might get tricked into thinking you were sitting in yr bedroom, on yr lonesome, after getting dumped by your first love, listening to cassette tapes you recorded off the radio. It’s 1996 and Clinton is president and you just got dumped by Veronica even tho its yr birthday TOMORROW NIGHT so FUCK having a party or ANYTHING. FUCK YOU CALEB DON’T TOUCH MY RECORDS.

One Response to Songs to hear at Laneway 2018