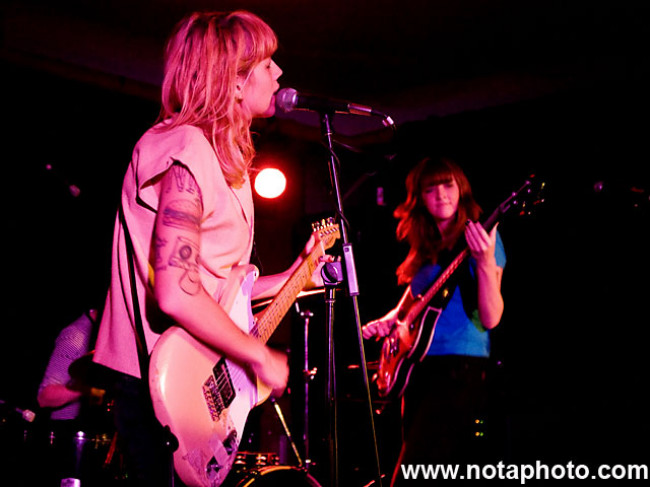 There have been a couple of ways to make yourself feel old this week. The first was to download FaceApp to your phone and use it to gaze into the void of your own mortality, a depressing prediction of what the future will bring.

The second way to feel old this week was to listen to the new single from the reformed Vivian Girls and realise that it’s been over a decade since their debut album and just shy of 10 years since their first and only (so far) Australian tour. It was so long ago, it was pre-Collapse Board. The Brisbane show included Nova Scotia, The Legend! with the Deadnotes, and Feathers supporting. What a line-up, what a show!

Listening to ‘Sick’, it’s astonishing to think just how polarising the band were. The all too familiar misogynistic refrain of “But they can’t even play their instruments!” as if 40+ years on from punk, some people managed not to learn anything. Even now there’s a comment on YouTube for this clip that describes them as” …easily the most horrible band of the last decade and now they wanna reform before this decades over to claim this decades title of the worst band of the decade.” It’s amazing that people are still choosing to double down even in the face of the evidence in front of them in the form of this absolutely glorious return.

A new album, Memory, is out in September. If they keep this up they’ll be one of the rare bands that were even better second time around.