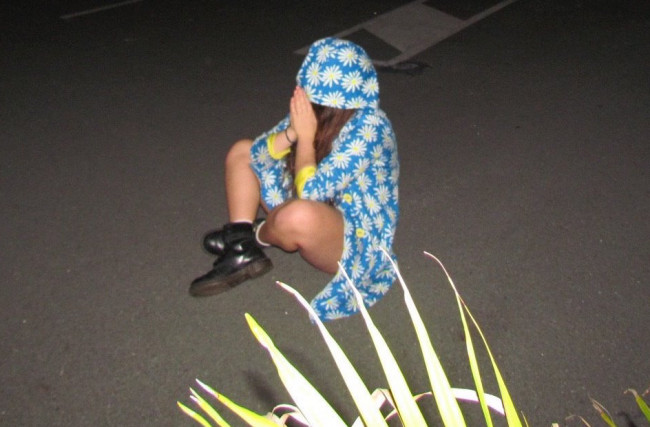 A new series in which we diligently filter the contents of our inbox to present the best new singles and previews from upcoming albums that we’ve received this week. By next week we hope to have come up with a snappier name.

Topping the list this week is rising Brisbane emcee Mallrat and her clip for Sunglasses.

What the press release says: “Shot on an old VHS camcorder and filmed and edited by Mallrat’s 15-year-old homie Tash Bredhauer, the video perfectly captures the attitude drenched nature of Mallrat’s lyrical delivery and her partner in crime Tigerilla’s quirky production skills. Speaking about the clip’s style, Mallrat – in her typically nonchalant way – says: “This video is accidentally lo-fi thanks to corrupted files and a five-minute battery life on an old camera.”