The Garbage & The Flowers – Eyes Rind As If Beggars (Fire) 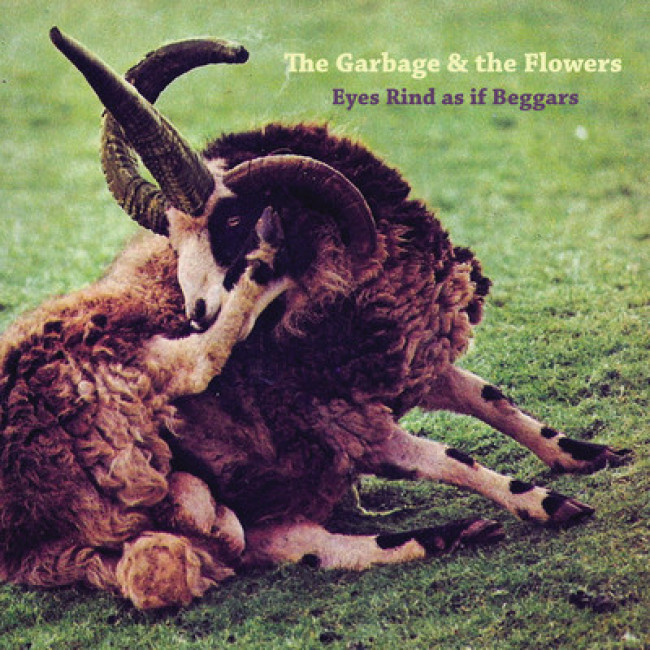 So I work for a living and since my new schedule has me working Friday mornings I’ve started listening to WMBR, MIT’s college radio station in Boston. It’s one of my favorite stations in the country, and the guy who does the Friday morning show plays good stuff, but up until lately I’m usually not up early enough to hear it.

So but I hear this song, or at least what I’m able to make out between customers, and it sounds intriguing, kind of like the missing link between The Velvet Underground and Joanna Newsom. It makes time stop for a few minutes. I leave my body. It’s all I can do to keep from walking out the door into the early hazy morning and kissing my sole means of income goodbye.

I make sure I’m within hearing distance when the DJ back announces his set. The Garbage & The Flowers. He says it’s from a comp that came out earlier in the year. I look it up. Apparently it came out in January and I totally missed it. What the hell was I doing in January? TG&tF were an obscure band from New Zealand who lived a sporadic life — as recording, as existence, as documentation.

This is the first song on the album. It’s unbearably pretty, and not at all indicative of this band’s capacity for noise, not even close.

And here’s a song that demonstrates there is no discernible difference between ‘All Tomorrow’s Parties’ and Metal Machine Music. Not really. Not if you understand the ways of the universe, if you place your ear up against nature from a certain precise angle.

It’s a double CD set. It’ll be mine soon enough. Yeah, there’s a Raincoats thing going on, the aforementioned VU thing, but it has a poetry all its own, a hidden room rain-soaked intimacy that fills my head with all kinds of green-colored thoughts. It’s a whole pool to swim in, another island to explore, a trigger to shoot the imagination off in a thousand unexpected directions.

Less than an hour after the DJ played this song, he announced that this particular show’s featured artist would be Peter, Bjorn & John and I got the fuck out of WMBR as quickly as possible. But I found this album streaming on Rdio and spent the next four hours listening to it.

That radio, it can be a powerful thing. In its own way, even more powerful than streaming. Hear the right song at the right time and you’ll never be the same again. It’s a cool trick, one that’s hard to pull off on your mobile streaming device.

But then again, without the internet I would’ve been stuck listening to UGA’s radio station and I’d rather shove a meat thermometer into my urethra than do that.

I guess what I’m saying is that profound music experiences can find you anywhere, but if you want to be truly surprised, if you want to accidentally stumble into something you didn’t know existed, you have to listen to the radio. And you have to be patient. Hell, for all I know the DJ played a song after the Peter, Bjorn & John block that was even better than The Garbage & The Flowers.