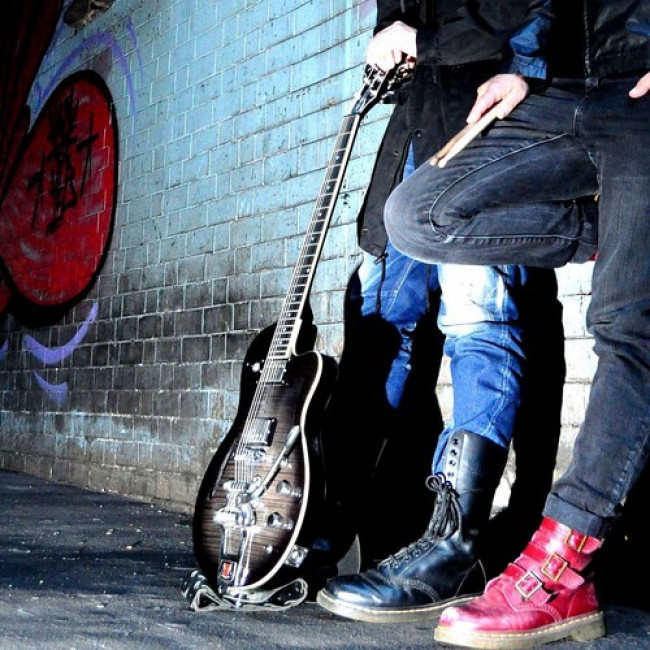 My theory has always been that mediocre music – when framed correctly – can influence good, or even great music. The group I always cite here is Jesus And Mary Chain, which is somewhat unfair seeing as how they only turned into a self-parody after the second album, which is two more good albums than most manage. OK then. R.E.M. (Yes I know, I know. You’re wrong, though.) Even U2 managed to inspire Savages. Speaking of which…

The similarities are striking: filmed in black and white, staccato rhythms, a desperation and an edge and aura of menace pervades the music. All the stuff I said about ‘Husbands’ a couple of years ago, holds true here. Gouging intensity. Mining the dark side. Fucked up and reconstructed and in thrall to the past, but moved on way past that. Anger. Oh yes, anger. All this talk of fucking hypocrites and fucking people in their eyes. 2014 realised in small barbed doses. Produced by Rob Ellis… wait, haven’t I heard that name before?

Here’s what I wrote then, about Savages.

Gothic (small ‘g’) and barbed, with songs that feel like they’re constantly on the verge of exploding: in my head it’s 1978, not that it is anywhere else. Obviously. I’m just saying I remember early Factory Records, I remember Malaria!, I remember bands that battled with demons that were all the more scary for being real, and I remember being never quite sure where it was all going to end up. (Yes, obviously there are other years I could cite here – roughly 34 of them, it’s just that I am part of a zeitgeist from the past, and cannot avoid it). Dark alleyways, and forgotten trysts. Dark imaginings, and useless trust. Silent screaming. (Song of the day – 471: Savages)

All this holds true, and even more for ‘Can We Talk About This?’ Serious. Straight up. A nagging, dissonant refrain. Fucking great.

The differences are even more striking, anyway. Savages never moved on past that one single, with one eye on the big stadium aisles. deux furieuses have surpassed them already, in just under four minutes of tightly wound, compressed menace. The Savages singer ended up a dead ringer for Bono on the debut album (yes, I know she’s female). I don’t get the impression deux furieuses would be shy about calling themselves feminists just because they once met a bloke they liked. (Scott ended up saying much, much more. Don’t click on this link if you’re a Savages fan.) Whatever. What is done is done. Maybe Savages will surprise us yet, forget about stage-managing the intensity, just let it all out. Who cares? They’ve inspired deux furieuses and for that I’m gonna forgive them about anything.

I was initially pointed in the direction of deux furieuses’ second single. That one sounds like Nirvana, though – and, you know. Fuck that shit. I mean, their performances are great, intense. But they got to move past that shit. They’ve got the potential to be way better.

For now, I am psyched. Empowered. I never could resist such passion.