Thirteen in ’13 (so far) from Erika Elizabeth 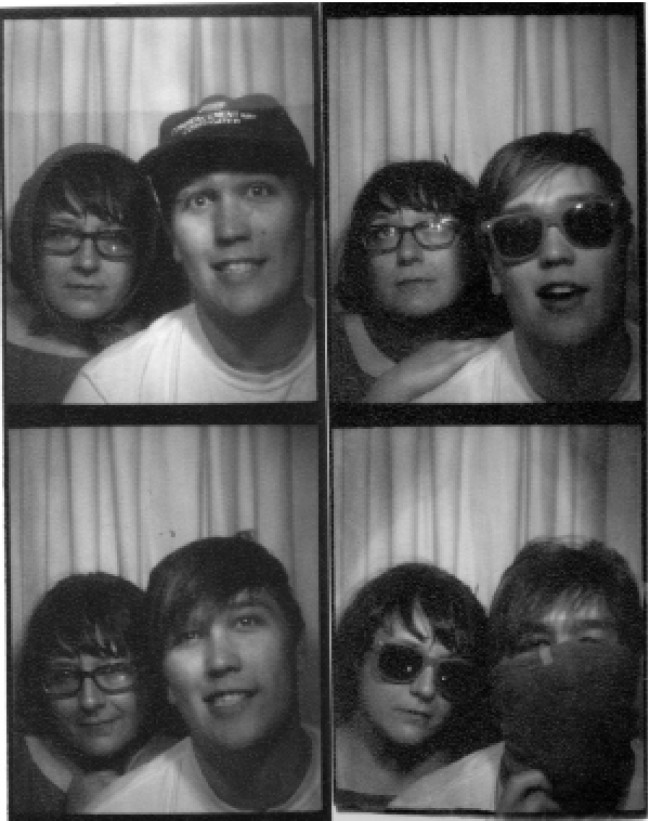 Back in June, the natural halfway point of 2013, Everett sent out his request for our best-of-the-year-so-far lists – here it is, more than halfway through July now & I finally have this list sorted out. Maybe it’s because I’ve spent the better part of the past few weeks essentially living out of a suitcase (with my records packed up in about eight hundred different boxes) while I moved from New England to the Pacific Northwest. Maybe it’s because most of the music that I’ve been most excited about this year has been in the form of singles & cassettes, so I was somewhat unconsciously trying to hold out & write about them for my Singles/Demos of the Week feature. Maybe it’s just my natural difficulty quantifying things in any kind of orderly list form (see: my introduction to my best of 2012 list). But since we still are in the midst of 2013, I’m going to hope that it’s not too late to hopefully stir up some interest for some of these releases before I have to do this all over again for my end-of-the-year list.

In case you needed further proof that online music writing has devolved into a constant cut & paste regurgitation of the same proper nouns, you could play a drinking game by picking some Speedy Ortiz press at random & downing your beverage of choice whenever the following things are inevitably mentioned: Pavement, lyrics reflecting MFA degrees in poetry in progress, Liz Phair, DIY basement shows, Polvo, “the 90s”, Pavement, the influence of Western Massachusetts vis-a-vis J Mascis-inspired guitar stylings, grunge, Helium/Mary Timony, all-female Pavement cover band called Babement. I’m sure that Speedy Ortiz & I spent our formative years the same way, namely obsessively listening to college radio & creating rich imaginary friendships with the burnouts covering the 2am slot, scouring Matador Records ads in Alternative Press & putting pictures of Superchunk on their bedroom walls – y’know, the stuff that all kids did when they were in high school. Can you hear it in their music? Sure. But reducing them to the same handful of lazy “I Love the 90s” frames of reference over & over does them a disservice, because they’re actually a lot smarter than that.

I’ve gone on record as having an immediate soft spot for bands who have been educated at the Rose Melberg School of Sweet & Sour Pop, but since no fewer than three great releases from 2013 come smudged with Rose’s own fingerprints, everyone else might have to seriously step up their games.

The all-lady trio PUPS features Rose on drums & alternating vocal duties over no-frills crash-pop that, in spirit & sound, picks up right where Tiger Trap left off 20 years ago, all scrappy hooks & shy harmonies. There’s a timeless beauty in the simplicity of these songs, the perfect distillation of the heartbreaking & heartbroken pop.

If you can get your hands on September, Rose’s all-covers solo cassette that just recently sold out, snatch it up. I would have been sold simply based on the fact that the track listing reads like the best mixtape ever (just for starters: The Wipers, Black Sabbath, Confetti, The Bats, The Clean & Young Marble Giants), without even getting into the fuzzed-out glee of her cover of Thin Lizzy’s ‘Jailbreak’, where the line “Hey you good-looking female – come here!” has probably never sounded so delightfully charming before.

Snotty singalong pop from some Seattle smartypants who have graduated from stints in the Intelligence, Meth Teeth & Butts. There’s some flashes of early Redd Kross, albeit with more minimal, angular tension & boy/girl vocals like The B-52’s on a steady diet of Wire. Songs about menial shit day jobs, questionable food & opting for naps instead of parties, all in perfect two-minute buzzes. Punk rock for people who are old enough to know better. If this doesn’t sound like total fun to you, you’re a lost cause.

The opening notes of ‘Golden Haze’ immediately make me think of the part of Bratmobile’s ‘Cool Schmool’ when Alison Wolfe declares “I don’t wanna sit around & talk about The Wipers!”, even before Bam! Bam! singer/guitarist Zola’s own sassy monotone surfaces over the surfy guitar & clattering drums. There’s some obvious affinity for the Riot Grrrls of yore here, but with equal nods to the K Records-led tradition of stripped-down guitar/drums noise-pop duos (The Spinanes, Kicking Giant, The Crabs, etc) – lest you start forget that, Calvin Johnson shows up to duet on ‘Medicine’.

Blood Robots is an English post-punk femme gem from 1980 that has been recently reissued by the fine folks over at Water Wing, who are also responsible for this year’s lovely La Luz 7” that I already wrote about (& is not on this list only out of a desire to avoid redundancy). Androids Of Mu’s freewheeling, dub-inflected post-punk scratchings have obvious kindred spirits in The Slits, The Raincoats & Essential Logic, & they even turned down an offer from Crass to record for their label when given the stipulation that they get a ‘proper’ drummer. Punk as fuck! Hopefully rescuing this LP from out-of-print obscurity will help earn these ladies some of the same reverential whispers given to their contemporaries, who have since been (deservedly) canonized as post-punk godmothers. [Awesome LP! – very old Ed]

Everett has already raved about Shopping’s awesome rhythm-heavy, femme-led post-punk stylings & rightfully so. I took an equal amount of pleasure in the debut LP from Golden Grrrls, who share their guitarist Rachel Aggs with Shopping (& she’s also a member of the incredible Trash Kit, who didn’t release anything this year, but fuck it, you need to check them out anyway). If Shopping are stuck in 1979 with their Delta 5 & Au Pairs records, Golden Grrrls have their sights set on 1986, clutching their Shop Assistants singles while decked out in a Pastels badge. But far from being dull neo-C86 revivalists, Golden Grrrls aren’t afraid to channel their inner Kim Deal & throw in some dreamy Breeders-worthy fuzz & distortion over their slightly off-kilter boy/girl harmonies. And to think, I almost completely ignored them because I kept confusing them with shit bands with variations of the same name (Golden Girls from Massachusetts, I’m looking in your direction). Don’t make the same mistake.

Homespun two-chord ramshackle pop from the UK, with some dark & droning psychedelic organ, emotionally detached female vocals & just the right amount of post-punk spikiness – think Young Marble Giants meets the first wave of kill rock stars, or something like that.

Last year’s digital EP from Zebra Hunt would have made my best of 2012 list, if only it had actually seen the light of day as a physical release, so I was pleased as punch to see this 7″ surface a few months ago. A-side ‘Beaches in LA’ dispenses with the hyperactive, drunk-on-Flying Nun jangle of the EP for more languid, summery psych-pop, but the B-side is when things really get good. The EP’s smash hit in an alternate universe ‘Half Right’ makes another appearance, along with ‘Tomorrow’, where they work themselves into a nice Feelies-inspired rave-up. Their label pulled the plug fairly abruptly after this single was released, so should a copy cross your path, you might want to think about giving it a good home.

It just so happened that the first & last records on this list sort of encompassed how 2013 has unfolded for me so far – going from Speedy Ortiz in Northampton, MA (my former home of the past eight years), to The Woolen Men in Portland, OR (my new home for the past two weeks). Self-titled builds a bridge straight from the Pacific Northwest to New Zealand, putting a roughed-up Nuggets/Pebbles-praising garage rock spin on a distinctly Clean-inspired lo-fi guitar jangle, with ‘Head On The Ground’, in particular, standing in as a pretty good candidate for an American update of ‘Tally Ho!’. On that note, here’s to clean slates, new beginnings & all of the musical brilliance that the second half of 2013 will hopefully bring.