Warning: Trying to access array offset on value of type bool in /homepages/7/d309872558/htdocs/wp-content/themes/patterns/framework/functions/misc-functions.php on line 300

An Incomplete Visual History of Short Trousers in Popular Music

Shorts have always been a little difficult to pull off. If you put them on, be prepared for the onslaught. It will be ridicule or catcalls, and it won’t really matter whether your legs are skinny, fat or somewhere in between. It takes guts, because when you put them on you enter a world of contradictory messages. Are they cool? Are they uncool? Are they sexy? Are they disgusting? And what would you rather be for that matter? I don’t usually put a lot of weight into fashion’s influence over music, other than, “Oh, that looks cool. I guess”. But when I started thinking about shorts, or short pants, or cut-offs, or whatever, I realised how powerful they could actually be.

One time I bought some white shorts. My friend gasped when I pulled them out of the bag. 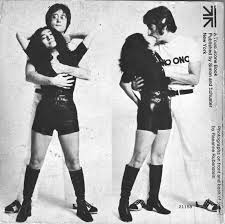 Nirvana- you will have to look carefully for the shorts in this one.

The Smiths (w/Billy Bragg – who is not in shorts). 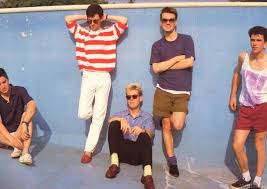 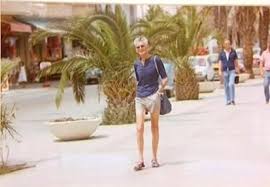 Axl? O.K. this definitely falls into the ‘disgusting’ category. 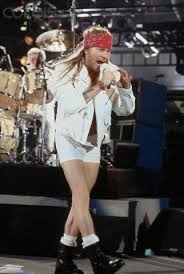 Let’s have a look at Beckett again. 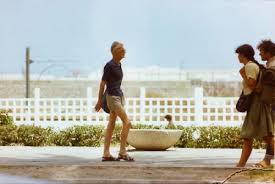 Last year at the Athens Popfest (here in the US) I had another memorable shorts moment. There was this band playing around 2:30 in the afternoon (the absolute hottest part of the day), and it was at least 100 degrees in this club and more humid than anyone could possibly bear. Needless to say, all pretences were dropped, and there was a whole lot of shorts wearing going on. So this band is playing (a band from Los Angeles) and in between songs the bassist fellow (who is actually from the UK) pipes up and starts criticising the town we live in and how the horrible weather has reduced him to wearing short pants, and how embarrassing it is and how Popfest is ruining his street cred, blah blah blah. Well, the audience members cut him a little slack (that kind of weather can make people a little cranky!), but I found out that less than a month later this fellow had been kicked out of the band. Coincidence? Or should the power of shorts not be taken for granted?