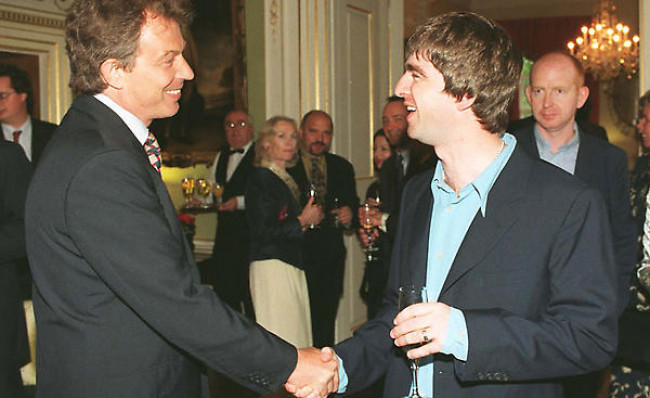 What is Realpop? Realpop is an approach to music criticism which accepts as reality the corporate and capitalist mechanisms which control and manipulate pop music. It imposes limits in terms of what is acceptable and reasonable discussion, and delegitimises anything which falls outside the limits of acceptability. In order to be successful, Realpop has to be internalised to the point where those who adhere to the principles of Realpop do so without knowledge of their actions. They would swear under duress that no such philosophy exists and even if it did they are not one of its adherents. This is vital, as only those who deny its existence can vehemently defend its principles without fear of conforming to an ideology. The main aspects of Realpop which need to be understood are who its advocates are and what tools they will use to deligitimise their opponents. Both of these aspects will now be made clear.

Realpop – Its Advocates
Those who espouse the fundamental principles of Realpop will more often than not fit a very specific category. They will be young (as their careers begin), highly educated and left-wing. Youth speaks for itself, inasmuch as the young are typically eager to find a grounding through which their personalities can unfold. Those with a higher education will have internalised the principles of the “limits of acceptability”: the limits of acceptable speech, the limits of acceptable opinion. In higher education, success depends on internalising these limits. Left-wing thinkers are essential as the “boots on the ground” soldiers of Realpop (those of the right-wing persuasion will be the ones making money from the process). They must internalise the principles of Realpop to the point where right-wing dogmas become the cornerstone of left-wing thinking. This is done by adding an ideological tinge to the idea of pop.

Pop music represents the tastes of “the masses”. The general public must be thought of as the proles, the exploited masses struggling to make ends meet. As far as the general public and their tastes are concerned, the enemy is not some corporate CEO but the archetypal snobbish critic who dismisses the superficiality of pop and therefore the preoccupations of everyday working people. In this context the Realpop writer is a defender of the masses in the acceptable left-wing tradition. With a mere flick of the switch, the left-wing firebrand becomes a defender of market principles and does so without believing themselves to be compromised in any way. Quite the opposite. Realpop writers are Old Labour in thought but New Labour in deed.

Realpop – Its Application
Once the corporate reality of Realpop is internalised, then any criticism of pop which includes a critique of the corporate nature of pop music can be dismissed as an asinine act of naivety and obviousness. The corporate reality is so ubiquitous that to point it out is unnecessary. This presents an unarguable limit on the ability to critique the corporate structure of pop. Given that Realpop writers are left-wing, they are able to dismiss critiques of the structure of corporate pop with relish, and with more bite than any right-wing writer could summon up. This is because the left-wing writers view themselves as principled, educated individuals who have merely accepted the reality of our current situation. They are well read in Marx, in post-structuralism, in Žižek. Nobody need point out the capitalist nature of pop to them. Realpop writers alone will decide when it is acceptable to use political theories to attack the corporate agenda behind pop music. That time is never.

Even though pop music has scored countless cultural victories and has billions of dollars to market and defend it, the image of the snobbish critic must hang over proceedings and colour how people interpret attacks on pop music. The Realpop writer will employ terms such as ‘easy target’ when delegitimising critiques of pop music as pop must always be viewed as the underdog. The angry voice which questions the mechanics of pop will be metamorphosised into the disapproving cry of the out-of-touch, elitist professor who refuses to see value in pop music, or they will be accused of shooting fish in a barrel, taking obvious, uncontroversial stances against music that is enjoyed by “the masses”. Those who condemn pop become the objectionable voice of the establishment, a reactionary, an enemy of the people, safe in their ivory tower but cut off from the tastes and opinions of real working men and women.

The fact that Realpop writers are highly educated here becomes an extra benefit. They face pop music detractors with a feeling of knowledgeable pride. These people who dare to criticise pop don’t know that it is the Realpop writers who define the terms of the debate. Realpop writers will flaunt their higher education in the defence of pop, thereby showing enemies that they have one foot in the academy and the other on the street. They will shame the ignorance of those who slander pop, they will out-namedrop the snobbish critic, and they will paint all dissenters as orthodox and ordinary. Alternately, they will attack the obsequious and immature mind of the student, labelling ideological attacks on pop music to be “sixth form” in nature. This is not the time for your angry, half-thought-out political rhetoric. The privileged and classist nature of higher education can always be invoked to score ideological points and derail potential criticisms, but the corporate reality of pop must remain unmentionable. This is pop music, the music of the masses. The left-wing ideologue also becomes class enemy.

The Realpop writer knows when to employ the right kind of smear. By ignoring the content of all attacks on the pop establishment and instead carefully shuffling them into boxes marked “sexist”, “reactionary”, “sixth form”, “snob”, or “hipster” the Realpop critic retains the moral high ground and remains the reasonable voice of the people. All attacks become laughable and predictable. Endorsement of pop remains refreshing and unexpected. If too much anger is shown by a pop detractor they will be portrayed as wildly hysterical and unreasonable. It is, after all, only pop music. Even though the images of pop culture dominate our lives and fuel exploitative industries that reinforce stereotypes of race, class, gender, and sexuality, these are but the realities that the Realpop writer knows they must overlook. Compared to the calm, nuanced reasonableness of the Realpop writer, outbursts of anger, frustration, and disappointment seem furiously out of proportion. It’s only pop music, and nothing is at stake. A pop song isn’t going to change the world. The soothing voice of the educated, left-wing, concerned Realpop writer tells us to simply accept and endorse.

The Realpop writer must perform with limited interference or censorship. They must internalise the principles of Realpop so that their writing appears fresh and enthusiastic, without the strain of fabricated zeal that renders propaganda inept. The Realpop writer will endorse or they will not exist. On other topics and in other writings they may reveal their true political leanings but corporate pop must remain off-limits. Realpop writers will not be paid very well (they are the left-wing footsoldiers not the right-wing capitalists) but they will be given free drinks, they will mingle with the stars, they will wander the streets of London with the knowing look of the insider, the tastemaker, the cultural ambassador. They will live with the knowledge that an intern would gladly write their articles for free to get a foot in the door, so they must continuously reaffirm the Realpop agenda if they are to secure that book deal which they dream of. No censorship, no arm twisting, just a willingness to be accommodating and reasonable.

On the surface, it may seem like Realpop depoliticises the mechanics of pop, but this is patently untrue. Realpop has politicised the mechanics of pop so that they may be defended and endorsed from a left-wing perspective. Realpop as an approach was never invented, it emerged from the trauma of left-wing capitulation to market forces. It was birthed by the same type of people who now endorse it. In pop, as in politics, reality should be our guiding principle. Realpop defines reality by what it endorses, and by what it excludes, and one does not make the choice as to whether one is in or out. Choice implies cynical acceptance. The Realpop writer believes every word they write. This is the single most important aspect of Realpop. It succeeds because those who endorse it are enthusiastic and sincere. Opponents seem cynical, egotistical, and unreasonable by comparison. Censorship becomes obsolete under the guiding principles of Realpop. The Realpop writer remains ever loyal to the people, knowing that opponents of the capitalist mechanisms of pop are merely class enemies in disguise. The tastes of the masses must be elevated to the level of dogma. Realpop still has work to do.

23 Responses to Realpop – An Introduction