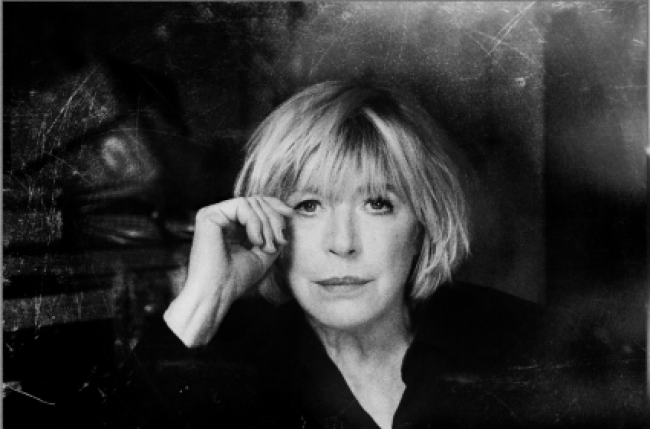 I’m going to preface this entry with a comment someone left on something I wrote about The Drones a while back.

Yeah, I like the Drones but their songs depict the world as a cold, uncaring, violent place and people associate that with authenticity. One review says Gareth Liddiard, “tells it like it is.” But you could argue that his pessimistic viewpoint is actually quite fanciful and narrow. (Song of the day – 563: The Drones)

I interviewed Roger Waters, and he ended up reciting poetry and singing to me. You haven’t sung to me.

“I didn’t?” She looks abashed, attempts a tune. “‘The dog played with the ball’. It would be so stupid if I had to think about questions – oh my Lord ! Thank you. Phew. Lunch. You hungry?”

…afterwards, we stand outside the Hanbury Ballroom, revelling in our beauty and grime. Four nights ago, I fell asleep on the bathroom floor and woke in the morning with a towel wrapped around my waist. Two friends stood outside refused entry because one of them was too… What’s the word Jerry? Drunk, I suggested helpfully as security laughed. I danced like a blushing 18-year-old to sweet girl group sounds. Chan Marshall becomes sexy when she dances. I drink too much and become extremely obnoxious, depressed and argumentative. It’s OK. I’m among fellow drunks. As long as your behaviour doesn’t deviate from the norm you’ll be fine. Know when to act like an asshole.

Now, I’m going to make like Wayne’s World. Substitute the star where appropriate.

Now, I’m going to quote from a joint album review I did of Tom Waits’ Real Gone and Marianne Faithfull’s Before The Poison for Plan B Magazine #0.5.

What keeps folk like Waits and Faithfull from phoning it in? Why do they feel a need to reinvent themselves, seek out new styles like ‘kazoo funk guitar’ and ‘cubist funk’ (Waits) or young-ish, fresh songwriters (Faithfull), to invest their art with vigour, new angles? Why aren’t they content to rest on their laurels – do a McCartney or Lou Reed or a Brian Wilson, say – and pull in the arena-size crowds, looking for one more distant echo to adolescence.

(No, I didn’t provide the answer. Not really. Don’t look to critics for answers, please. They will only ever let you down.)

Last, I’m going to quote from my recent review of Courtney Love, live in Brisbane.

Courtney’s well-trained rasp is evident as she takes the stage tonight, handing out roses to fawning admirers down the front, berating the crowd in that marvellous sweary way of hers to shout louder for more songs, posing on top of the speakers with one leg hoisted like a boozy sexually aggressive sailor, simpering as she accepts another tiara from the faithful. It comes to the fore on her band’s cover of the Fleetwood Mac song ‘Gold Dust Woman’, which she introduces with the same speech as she gave in Melbourne.

The event of a new Marianne Faithfull album is so obviously cause for a new Song of the Day, it very nearly wasn’t.

One Response to The return of Everett True | 58. Marianne Faithfull