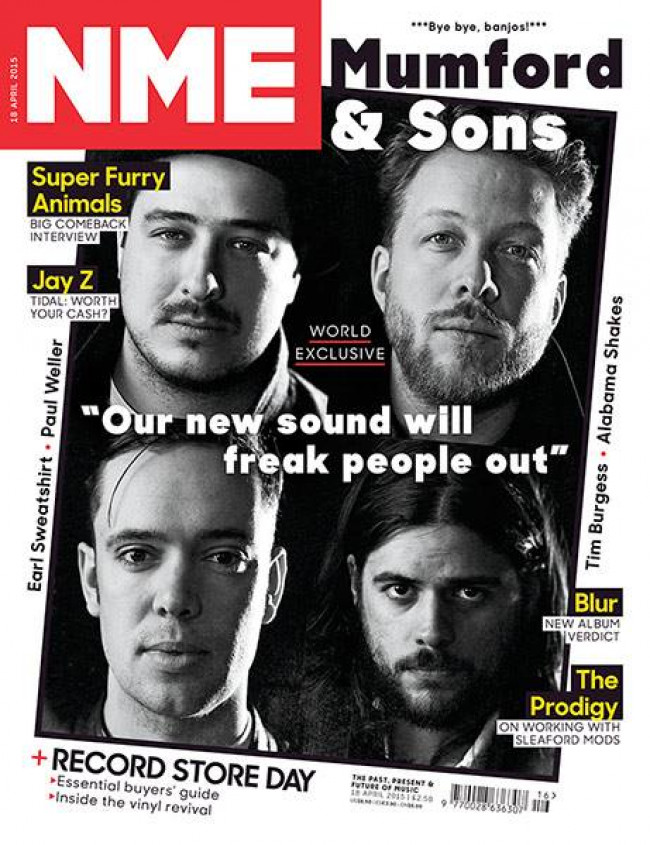 1. “Our new sound will freak people out” (Mumford & Sons in NME)

“Initial sessions were helmed by Aaron Dessner, from gods of gloom The National, and the album itself was overseen by Haim, Florence And The Machine and Arctic Monkeys producer James Ford” – ‘review’ of Wilder Mind, NME

No. It won’t. It really won’t… not unless the new album sounds like the Melvins and contains the following tracks:

1. Tompkins Square Peasants
2. Belching On Peasants
3. The Upper-Class Whoopee Dance
4. Wanking In The Face Of Poverty
5. Tears Of A Corporation
6. My Lassie’s A Smashing Good Lassie For That
7. Aspirational Healing
8. A (Very Useful) Course In Middle Management
9. Eton Boaters
10. We’re Rich, Get Fucked
11. Highway to Shell
12. My Lassie’s A Damn Fine Lassie As Well

2. Living forever: why the world still seems obsessed by Oasis (The Guardian)
Substitute the words ‘the world’ for ‘me and my two sad mates from Bermondsey’ and you’ll be much closer.

3. Hozier’s success means great things for the future of music (Vox)
If by ‘great things’ you mean ‘more of the same, only with extra added smugness’ then fair enough. Guilty guitar picks ain’t got no rhythm.

4. 5 success stories we didn’t see coming (Faster Louder)
As Justin pointed out on Facebook, given how the Australian music press works, the Australian music press would be the last people to ever see a success story coming. Also, it’s near-impossible to tell if anyone’s going to be successful in advance but… you didn’t see the success of Courtney Barnett / Iggy Azealia / the Mercury Award-winning Young Fathers / the ARIA-winning Tame Impala / Hozier coming? Speak for yourself, mate.

5. Paying a Price to Play at South by Southwest (The Prettiots in The New York Times)

Weaving down from New York to Austin, Tex., in a minivan will cost the Prettiots about $1,000 in gas, plus $3,000 to rent the van with insurance. Hiring someone to manage the tour will be $1,500. Cheap hotels along the way: $500. And once the band members arrive at the music marathon on Tuesday, they will stay at an Airbnb accommodation, which will run them another $2,500 for four nights — the going rate, as the city is overrun by thousands of visitors.

All told, with incidentals and a $15 per diem for the musicians, the trip will cost the unsigned group nearly $10,000, said Asif Ahmed, the Prettiots’ manager, who is fronting some of the cost himself. “When you’re a band this young, it’s a necessary evil — spending money to eventually make it,” he said.

With all the production of a record pulled away, it was just Smith and his voice. Many artists so new to the stage might have struggled.

The Tides They Are-A Changing’ #TIDALforALL. Together, we can turn the tide and make music history. Start by turning your profile picture blue. #TIDALforALL – Jay-Z and Kanye West

Turn your fucking profile picture blue. And raise awareness to be rid of pop star cancer once and for all.

8. Looking Back On The Album That Changed Everything (Silverstein in The Music)