A letter from a Nirvana fan 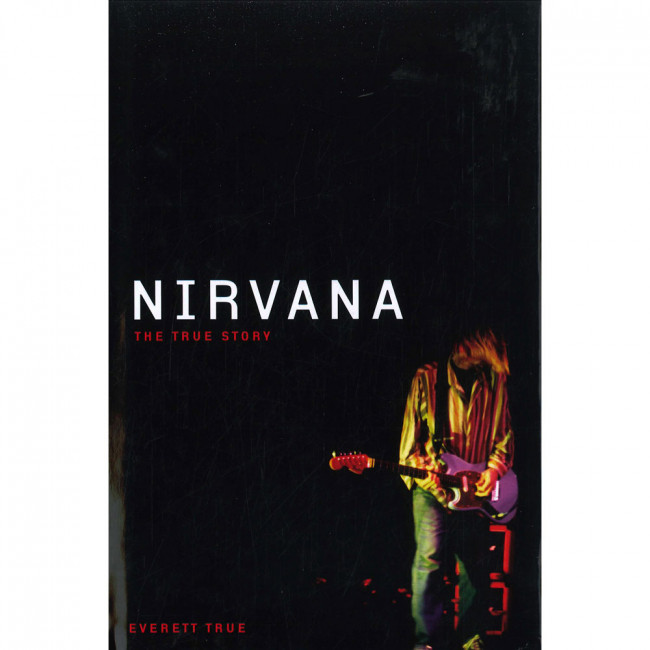 I used to receive emails about my Nirvana book (and before that, Live Through This) regularly. Now they’re far and few between. It long occurred to me that it would be nice to reprint some of them. (Perhaps someone who still deals in print could run an anthology?) I feel really humbled that so many strangers feel this connection and trust me with their words. I sought permission to reproduce this one, partly because it felt really special, and partly by way of thanking the hundreds and hundreds of people who’ve written to me over the years, to share some aspect of their lives.

Thank you. All of you.

It is raining heavily in Utrecht, Netherlands, 1:55 AM, a dark and dreary night filled with feedback and grungy slippery guitar overtones wailing from my imagination into my eardrums. I’ve been listening to Leadbelly, Half Japanese and Nirvana. A few minutes ago I finished your 2005 book on that little band from Olympia or Aberdeen or wherever. A million miles away from me, in any case.

I used to be a normal teenage misty eyed inner rebel listening to ‘In Utero’ over and over again. I read every Nirvana article and interview I could find online, downloading bootleg after bootleg, reading about the ashtrays and the dyed hair and the heroin antics that proved to be the lead up to a death. I truly feel sorry for you. Losing a friend like that must be the most painful thing in the world. Your writing in this book is fantastic. It’s so good, accurate and atmospheric in fact that I regret having read everything after your description of your last conversation with Mr. Cobain (it feels strange for me to call him Kurt). Lord knows I’ve been inspired by his songwriting, singing and enigmatic performances many times over and probably will be many times in the future. ‘In Utero’ is my favorite album ever. It draws you in and creates a whole new world of sound and at the same time feels like anything but an illusion. A guy like Billy Corgan is a songsmith, he’s a craftsman, unwilling or unable to cut through the layers of bullshit surrounding every human being, like an aura of pretend or would be or the demands of social interaction or fucking trying to be normal. He establishes himself as a myth, as a bringer of good or bad fortune, as a guru, as a Disney cartoon.

I think Kurt Cobain did cut through all the bullshit and found that the best way to communicate all the fearless joy, all the black sludge, and all the desire to be validated as a human being in his music. That’s why people like him and Elliott Smith and Fiona Apple touch people in a direct way. Because there is no layer of awkwardness, no conceptualized reality between the musician and the listener. We want to communicate with each other through so many different media now that I think people forget that making music is a way of communicating. And communicate Kurt Cobain did. When you describe yourself standing on stage with them or shouting at somebody in their dressing room or vomiting over someone’s lap, it’s like I’m there, like a fly on the wall, or a disaffected young girl standing near the exit, or one of the many rats that undoubtedly crawled around the venues Nirvana played in ‘89/’90, present but inconsequential. They are nice glimpses into what seems to be real life, something I experience on a daily basis. This book reminded me of how Kurt Cobain used to be very much alive, on the same planet I inhabit. For 19 years he was dead, and over the past two days, he sprung back to life. Until the last two chapters. They were very well written, but it just all seems like fiction to me. Like it did and didn’t happen. Doesn’t matter. It’s fucking sad. I don’t mean to be disrespectful to you. It must’ve hurt like hell. To me it’s like watching Into the Wild or Melancholia. Too much information and misplaced emotion at the same time. I can’t write a song about it. It’s not my pain. It’s yours. I wish I could relieve you of it, I really do.

I believe there are people who write about emotion and people who express it. It’s a fairly simple concept but I don’t know if it holds any truth. I don’t know if it should. I think I can express emotion through music. It’s the reason I like playing so much and the reason I hate playing in front of other people but still do sometimes. A few weeks ago I was programmed in between two singers, one of whom had played on a lame tv show (The Best Singer/Songwriter of The Netherlands! Trademarked! Signed! Sealed! Public Broadcasting! Sweet voices! Careful fingerpicking! Heineken!), and the crowd went nuts for him. They didn’t get me at all. I didn’t get them. I crawled into my shell and didn’t let anybody come near: my fault. I played a terrible gig.

Confession time. My fascination with Mr. Cobain– nothing unique in itself, of course – stems at least in part from my father’s death. I was 5. He died of cancer on September 8th, 1993. I cried and moved on. I was young, there were Legos to attend to. I sporadically asked about him in the years after but never got to know much. He was a great guy. Artistic, funny, serious, intellectual, and he loved me. That’s about it. Even he – an underachiever, a guy who secretly dreamed of being a writer while being stuck in editing jobs – was being mythologized. He was the most amazing human being alive, according to every account. I don’t remember much: a couple of images, a few scenes of me and him walking around, the moment of his death (though that story’s been recounted so many times I don’t know which parts are memory and which are context). But there was so little information, so little to go on. I wanted to know who the man was, what he smelled like, how he sounded, what his facial expression was when he was reading a book, and all I got was: “Remember when we went swimming in France? He bought sugar-crusted peanuts and you loved them.”

Nobody is to blame for this. I can never get to know my father and that’s okay. Then there’s Kurt Cobain. I know everything about him but they’re all basically sugar-crusted peanut stories. I spent so much more time reading about Kurt Cobain than talking about my father. It’s a little obscene. I am repelled by my own fascination for him, but he made some really amazing art, and I imagine I am larger than life, and there you go. Your drunken, hazy accounts of what happened on some night in Hoboken, New York or Phoenix, made me feel like Cobain actually existed. This gives me some encouragement going forward, because it means my father may actually have existed as well. This turned into something I always knew was coming. It’s a way for me to get some things straight in my head, and not be totally engulfed by the emotion of reading and finishing the book. It’s a fucking powerful piece of writing, and this letter is the unequivocal evidence. For me to write something like this takes a lot of emotion and confusion and to be honest I felt pretty empty when I started reading yesterday.

Thank you for a wonderful book and a new perspective.

One Response to A letter from a Nirvana fan