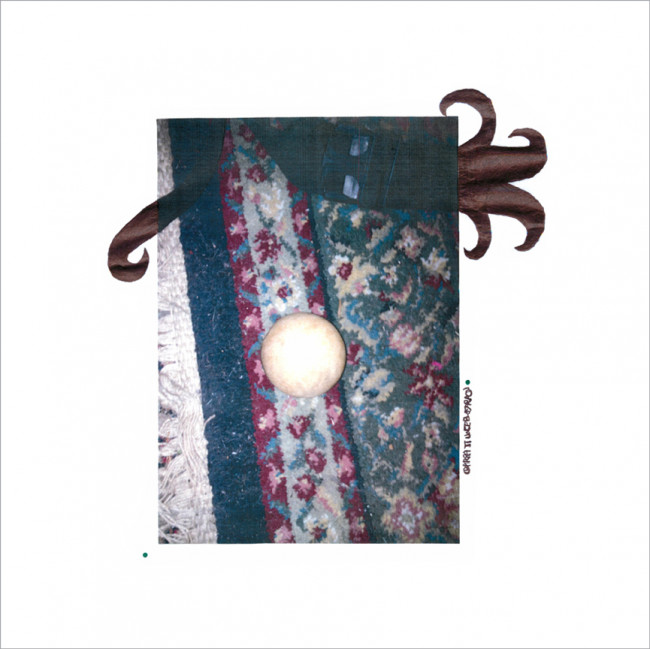 It’s an album so original, so different — in its sudden shifts, its constant drifts, its avalanches of minimalism and maximalism — that it takes a while to start making sense before it stops making sense all over again. Imagine Beefheart composing on a Casio instead of a piano, and dropping internet instead of acid.

There may actually be acid involved as well. And lots of Golden Girls reruns, one of the most subversive sitcoms ever. It also kind of sounds like those “_____ shreds” videos you see all over YouTube — I mean this as the highest compliment imaginable.

It sings to my exploding brain, the part of me that wants to get out of this world and into the next.

The songs are likelier to sound less like themselves than to sound like other songs on the album. It’s total fucking godhead chaos done on the cheap. You could do it too if you’d thought of it. Hell, maybe you’ll hear this and come up with something even better.

The lyrics sound like one half of a really good conversation, like overhearing someone talking into their phone and having to work out the rest on your own. Wooden Ball blurs the line between whimsy and tragedy over and over again until the listener is convinced that everything’s going to be OK, and not in some stupid Bob Marley poet-and-a-prophet bullshit way either. But like the real kind of yogic transcendent bliss. Gurus spend their lives sorting through the trashed mantras Blanche Blanche Blanche toss aside with all the carelessness of irrelevant fortunes pulled from a sugarless cookie.

My favorite one today is the slowed-down spaced-out typewriter percussion hopelessness of ‘Join The Creative Class’. Or maybe it’s the frantic orchestral swells of ‘Look At Me Now’, the broken calliope hiccups of ‘The One I’ll Call’, the electric piano sincerity of ‘Why The Candle Burns’. The album ends with a brutal, brittle epic lope called ‘Looks Don’t Run’ that turns into the sound of surf hitting sand — or a truck pulling out of a slushy driveway, or acid rain beating against a window — I can’t tell anything for sure. I’ve listened to this album four times today, and I’ll probably listen to it a dozen times tomorrow. Wooden Ball is a warped piece of brilliance. I don’t know what the hell is going on in Brattleboro, Vermont (or further south in Northampton, MA — check out the stuff here), but this and Happy Jawbone Family Band (and The Bastards Of Fate, in Roanoke, VA) kind of suggest that Brooklyn is pretty much all tapped out now (y’all had a good run, seriously) and is on the verge of bankruptcy—creative as well as spiritual. The future of adventurous US music can be found in the hinterlands. Don’t go to them; they’ll come to you.