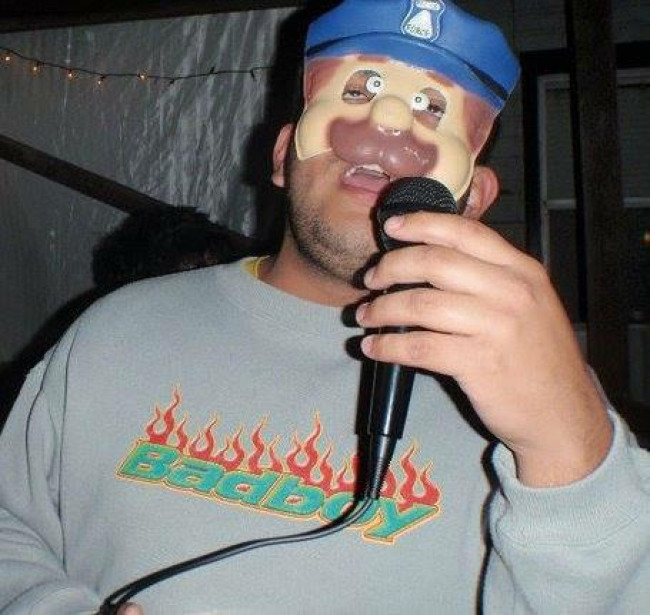 Four tracks with the Versace stamp of approval I think you should hear.

With a rap landscape that’s truly reached its quota in terms of braggadocio (no disrespect but DAMN, if I’m driven to reflect on my bank account balance or sex moves one more time…) b00bjob’s ‘https://www.youtube.com/watch?v=sc_MxrYkTDo’ plays out like a warm hug. ‘https://www.youtube.com/watch?v=sc_MxrYkTDo’ sees b00bjob riff on dashboard iPads and a one hundred view YouTube video of a kick flip in the dark effortlessly and inexorably. And it drops my favourite line of 2015, “Why I gotta be in the line for the water slide when I just wanna dive in the pool”. It’s meditative and humble – Sydney’s answer to that valium flow spat by rappers like Kool A.D and other dudes whose skill is so harshly underrated cause they slide by so wide-grinned and peacefully they make proficient technique sound like baby business. It’s earnest but not in a Macklemore-song-about-gay-rights kinda way. He also dropped a really great tape with fellow NSW rap dude Marky Vaw – rap game buddy comedy style.

I guarantee that if you listen to Cristina’s cult new-wave spectacle Sleep It Off there’s a fair chance you’ll understand the mythology behind industrial-pop producers such as Brisbane’s Phatty Acid a little more. Production is Phatty Acid’s strength and it’s palpable at every corner on his tape Interior Locomotive. Among the aggressive, robotic jolts of noise and the cheesy Dolby synths at the four-minute mark, the enigmatic Phatty Acid can be heard singing quietly. His vocals can be heard more clearly on other tracks featured on the tape, but on ‘Cutting Edge’ it’s buried underneath that relenting industrial beat – slinking lazily and seductively like Robert Palmer post-mojito. I like to imagine that much like the covert pop goddess ‘Cristina’, Phatty Acid’s Interior Locomotive will be a pop record treasured for years to come by a finite band of followers who truly fucking “feel it”.

I also heartily recommend the track ‘Heatwave’ just for lines as perfectly naff as “Baby girl’s so precious, baby boy’s so pretentious”.

The first time I heard Dominic Talarico it was a song called ‘Dud’. Back then he was the self-described ‘slick guido’ of the Sydney pop landscape. Upon hearing that track I was compelled to hunt him down for the purpose of collaboration – his tracks were exactly the kind of music I wanted to play myself, to listen to, to be heard by others. A year or so later I met Dom for the first time and since I’ve been blessed enough to be privy to his musical progression (which all lays dormant for your listening pleasure on SoundCloud). Gone are the ‘slick guido’ days, Dominic Talarico has a stage presence and a writing talent so prominent he’s the goddamn wog Beyoncé. Three months ago he released ‘Missing’ and though I could easily force every track from that tape down your throats (because all of them were severely slept on at the Grammys) the track ‘Rent Boy’ best encapsulates his style. The ground rules – each track is autobiographical to the point of ranging from extremely desolate and brutally honest to hilarious and very clever, Dom refuses to sing in any other voice than his native Australian accent and classic pop formulae is utilised. ‘Rent Boy’ is bleak as hell but Dom’s so skilled at the art of pumping out low-key bangers that you’ll be body-slamming through the tears.

2004 was the year I began high school. At this time the Ramones Anthology was the first in queue to be loaded onto my new iPod. The term trip-hop certainly hadn’t made its way into my vernacular beyond that “Cool Massive Attack video with the baby”. In 2015, Sydney’s PILLS release their debut single ‘2004’. It’s staggeringly sexy and disassociated trip-hop track and its lasting effect is its simplicity. If trip-hop can be described as post-acid house this track is post-acid comedown – it’s paranoid and drowsy, its piano line and Ces’s distinctly jazz voice give it an almost Café Del Mar/Ibiza vibe. And if I know anything, I know that among the rendered white architecture and gold statues, Balearic ambient music, hookah and sunsets, there is a hell of a lotta of people grappling with the drug sweats. Although I don’t think you’re going to find this track on a Café Del Mar chill-out compilation it does dance the line between the lounge and the club and it’s piqued my interest enough to have me looking forward to their 7” through Beko Discs. It’s like Everything But The Girl if their demographic was a bunch of degenerates who follow up their swigs of sauv blanc with tall necks.