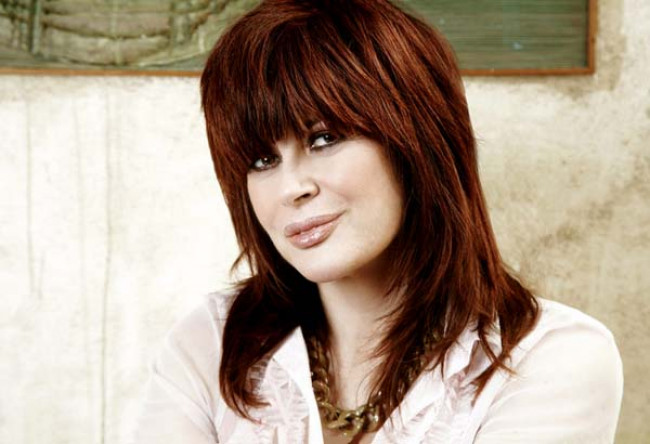 Chrissy Amphlett, lead singer of Divinyls, died this past Sunday. She was 53. Most musicians are lucky if they ever release a record, much less make the charts, never mind change the world. Ms. Amphlett, who left home at 14, accomplished all three.

But it isn’t just the subject matter (4). The song itself is pure pleasure. When was the last time you really listened to it? It’s not just seductive in a physical sense, it oozes conviction, a song so wonderful, so joyous, you couldn’t possibly say no to it.

It’s in the build-up of the intro, the way the tension slides into the chorus, with the guitar chords just behind the beat. It repeats this trick again coming out of the guitar solo, where time seems to stop for a second as it slows down back into the verse. It doesn’t just sing about — and this is the song’s genius, what made its success inevitable — female sexuality, it manages to embody it (5). A song about monogamous bliss (I don’t want anybody else), a song about the ability to achieve transcendence through sex in all its possibilities (When I feel down I want you above me). And when she cuts loose at the end (I honestly do I touch myself), she sounds truly uninhibited. There isn’t a second of shame in this song. No snickering, no guilt, no hang-ups, no apologies.

Just notice the way she looks directly into the camera at the end of the song. The strength.

In this sense, Divinyls are still ahead of their time.

People throw the term one-hit-wonder around like it’s some kind of insult (6). Not when it’s a song like this, not when it’s a song that does what this one did. Divinyls didn’t change the world by itself. Nobody ever does, whether in political history or pop. But they had an impact. ‘I Touch Myself’ made the world a freer, more interesting place. Honor Chrissy Amphlett’s life by trying to do the same.

NOTES
(1) … and by pop I mean ‘popular’, including rock/hip-hop/country etc.
(2) She also once said, referencing the US pro-life movement, “We really need to get over this love affair with the fetus and start worrying about children”.
(3) And obviously any song is part of the surrounding culture, being influenced even as it’s influencing, which is why pop music is always both trivial/important. ‘I Touch Myself’ straddles this line by being both silly in one sense, but also very, very important in another.
(4) If it were, then Divinyls would have had more hits. Nearly all their singles traded off Amphlett’s sexuality, usually in a way mean to titillate the male listeners — ‘Pleasure And Pain’ comes to mind. It says all kind of great things about the world we live in that the song about female pleasure and empowerment, the song about Amphlett’s desires became their biggest hit.
(5) This is assuming we accept the standard false binary, with male sexuality as some rigid goal-oriented jackhammer and female sexuality as more cyclical — i.e. the destination vs. the journey thing.
(6) Note: Outside of Australia, Divinyls were pretty much the definition of one-hit wonder. Inside Australia, Divinyls were much-loved chart stars.