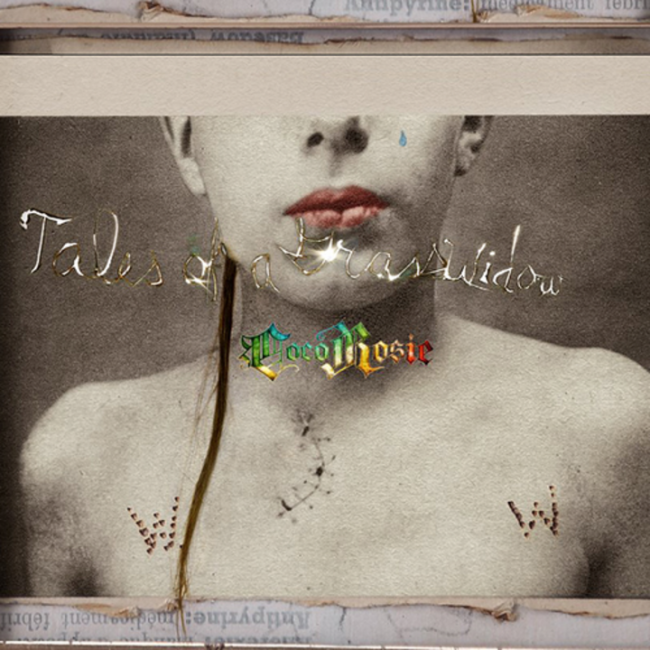 During their time on the planet, drifting and dreaming and dying, Coco Rosie have managed to craft some of the saddest, most downright beautiful floorscrapes of music I have ever heard. One of the few artists able to fluidly move from folk to hip-hop to electronic to avant-garde and back again without missing a beat and without ever sounding not like themselves.

Oh yeah, Antony’s on this album as well. ‘Tears For Animals’ is so great I’m barely able to communicate its greatness in anything but the simplest of terms — it’s great. And it’s got one of the best titles, in the way it communicates as much as the song itself, the way the lyrics wouldn’t mean nearly as much without the title. I imagine an animal rights activist being addressed by the refrain.

Do you have love for humankind?

The statement on its own would be mundane, though the voices of Antony and the Casady sisters can transcend any lyric, potentially turn any greeting card into a revelation — but the title takes the words somewhere else, into a litany of questions. Sure you cry when puppies suffer, but what about your fellow man? Or you can turn it around. How can you say you have love for humankind when people inflict cruelty on animals? The ambiguity is powerful from either direction, which is what gives the song such power. Some people think chase ambiguity by eliminating meaning in order to prevent a single interpretation. Like great literature, CocoRosie recognize that its actually a multiplicity of meanings that make interpretation work.

The album continues. Tales Of A Grasswidow carries a weight that few records ever achieve. It’s in the grain of their voices, similar to Joanna  Newsom but way more drugged-up and defeated and desperate — that is to say more like the rest of us. ‘Child Bride’ shifts back and forth between a pensive lament layered in regrets and a propulsive beat made for clubs and thumping — the twin values of contemporary Top 40 (the sexualization of minors probably qualifies as a third aspect) rendered unrecognizable through the sheer otherness of CocoRosie’s voices and music.

Angela Carter crossed with the newspaper, myth and reality intertwined in a tragic dance. That’s CocoRosie right there.

‘End Of Time’ is an apocalypse tale for our era, probably set in Florida. A synth line straight out of early 90s Compton and lyrics delivered in a flow as smooth as Snoop’s yet twice as awake.

They rhyme roots of my hair with atmosphere. “Villian” could fit seamlessly on any urban Top-40 station in America if anyone had the ears to hear it and the guts to play it. You can dance to this record, though it helps to be hopelessly drunk or just plain despondent when you start to move.

Forget Marc Bolan, CocoRosie sound like they really are going to dance themselves right into the tomb. It’s not strange that they’ll dance so soon; it’s strange that so few people have appreciated it. Maybe CocoRosie music is so harrowing, makes people so squeamish and uncomfortable, that they have to mock it, have to try and deflate it. Some people will not rest until CocoRosie is as small — as cold and defensive and cowardly — as they are.

The album ends in ‘Poison’ — music boxes and the rattling of chains. Antony surfaces in the background sounding like the wind.

It’s so unbearably sad when the chorus arrives, incanting “Poison, her tears are poison, her tears are” over and over as the soundscape (music doesn’t begin to describe what’s happening here) turns into a churning sludge, liquid earth swallowing soft bodies.

This may be the best CocoRosie album yet. And that’s saying something.

One Response to CocoRosie – Tales Of A GrassWidow (City Slang)