Is it OK to write negative reviews of other people’s music? 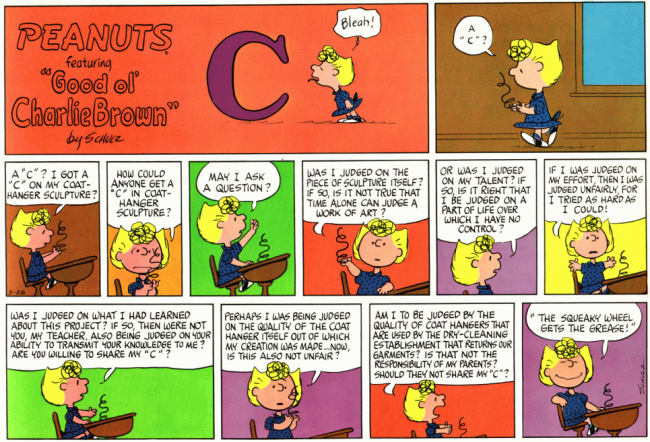 So, we opened up the “secret” Collapse Board Contributors Facebook group to a few hundred readers the other day. Cue much confusion and hilarity and the odd piece of incredible music being shared. After the usual butt-clenching and soul-wringing and back-slapping, a few folk posited that they could indeed write some stuff for Collapse Board themselves… i.e. contribute. Now this, I love. The old participant/observer. About three people actually volunteered and a discussion was had, briefly – about the ethics and knock-on effects of writing negative reviews of other people’s music if you’re in a band yourself. I thought it was an interesting discussion, so I’ve decided to reproduce it here. (Anyone else want to contribute to Collapse Board or form a band with me? Contact me via Facebook, esp. if y’r female…we all know that a decent man is hard to find. I am way serious right now.) I didn’t ask anyone’s permission to reprint this discussion as I figured calling a Facebook group Collapse Board Contributors might give the game away that I’d be lifting the odd comment for the site – especially given my past form in such matters – and delight in pushing at the boundaries of what is considered music criticism in these increasingly homogenised days.

So, in deference to the fact there are real live people involved in this discussion, I’ve removed all names… except for Scott Creney’s because he is a demigod among craven crawling turtles. And I’m still hoping he’s going to start writing for CB again one of these decades.

Enough waffle. I need a stiff drink or an editor or another bout with Beyoncé Giselle Knowles-Carter, whichever is closest to hand.

Oh, and be sure to check out my inspired attack on the circumstances surrounding the sudden burst of adulation around the new D’Angelo album… so you can rub it in my face when I admit a few weeks down the line to really liking it.

Folk ask, do you ever regret anything you’ve written? All the fucking time. Trust me. It’s the only sort of criticism that matters, that which holds the potential for great personal embarrassment.

Anyway. On with the show. I am still waiting for the fucking review, by the way.

Contributor 1: Do you think it is ok to write a negative or semi-negative review of other people’s music? I mean if it wasn’t ok surely we would all just trust the media releases of band publicists and promoters? Does it make it more authentic to write a negative review if you are also an artist/musician, subject to others’ reviews? I mean Bukowski used to write poems bagging out other poets…I just think there are certain scenes/cliques around where if you are negative about someone elses’ output you get blacklisted and I don’t think that should be the case…

Contributor 1: Yes, I am a bit overwhelmed by all the back-slapping that is supposed to go on around my town.

Contributor 3 (OK, me then): Scott Creney, would you like to field this one?

Contributor 1: I should say, underwhelmed not overwhelmed.

Contributor 1:  Maybe established writer-critics are immune compared to when artists themselves offer music criticism. Something to do with credentials…

Contributor 4: Of course it’s ‘ok’ to write a negative review, if it reflects your honest, considered and balanced opinion. It seems the world is becoming too small a place for negativity, which is a shame, as empiricism recognises a negative result as being of equal value to a positive one… Similarly, as a visual artist I find documented criticism of all kinds is all but eschewed, and rather that work is ‘placed’ in terms of its etymology… It seems that the postmodern acceptance of everything having equal value has become a common trope, which leaves us purely in the hands of shamelessly hyperbolic (self-) promoters – but, as we all know in our heart of hearts, a shit burger is a shit burger…

Contributor 1: I suppose it is a matter of selling out. As a local band we need support of other local bands/promoters etc, so writing negative reviews about our fellow local bands will not help that. Hence need to write reviews anonymously, but I just think people shouldn’t be so thin-skinned! Hell, I can take it myself, I know some people love my band to bits and some aren’t fussed… I enjoy all opinions however.

Scott Creney: It’s never okay to write a negative review. The music industry is made up of some of the stupidest & scaredest people you’d never want to meet, and they’ll just hate you for ruining their already shrinking profit margin (and music writers who are ‘in the biz’ will hate you for ruining their already shrinking credibility & social capital, not to mention the fact that you felt free to write something that they couldn’t/wouldn’t). And if you’re in a band, then they’ll just dismiss your negativity as jealousy or an attempt to make your band more popular. The only exception involves a record that everyone has already agreed is crap. Say, Metallica/Lou Reed’s Lulu. If everyone agrees it’s crap then polish up the knives and bust out your best one-liners.

Contributor 1: Whatever happened to free speech… jeez. I’ve now discovered you can pay faceless people to ‘review’ your songs which then may or may not pass muster for publication… nice way for them to make money from unsigned bands… but aside from that I don’t think it’s at all punk to feel repressed enough to refrain from giving considered, honest reviews of other bands just cos it might impact on one’s own artistic endeavour. So, look out.

INTERJECTION (from me, Everett True, the big boss man at the top of the page):

I’d like to say at this junction that a) I never get records for free, b) I have no friends, c) I’m always at least 10 months behind Vice and Pitchfork unless I’m early in which case everyone ignores me – and d) rightly so, how dare a voice that isn’t preaching from a soapbox of authority dare to claim greatness for some artist you’ve never heard of, and BANGS KNOWS you’re not suggestible, e) I’ve heard way too little music so I find it hard to make anything sound derivative, f) confusion = sex, but that line in itself is a cliché, g) I never see press releases unless I’m working for ‘proper’ newspapers in which case I like to slip on the mantle of ‘professional’ music journalist and write the same review as everyone else, derived word-for-word from the press release, h) a journalist at the NME was asked what they hated about 1985 and they replied “exclamation marks” in direct reference to me, i) no one, but NO ONE, has heard of Collapse Board outside of its tiny sainted circle of losers and retard music fans – unless they’re U2 fans and then they think it’s some amazingly meaningful song, j) see point b, k) this has happened to me so often – people being disappointed then I’m not some sort of raging manipulative drunken egotist – I can’t even begin to count the times. Alright then. 3,001, l) I have no idea what ‘records’ are and whether they still even exist, m) I make it a point of never listening to records I review – at least not till after I hand the review in and then I can be pleasantly surprised at my own prescience, n) I never write too much, o) I never write too little, p) I do smell funny according to my children, q) I prefer “fucking psyched”, r) I never use the term band unless it has the words “male-led” in front of it, s) is there a single critic on the interweb in 2015 who DOESN’T make a list of things, t) I make it a point of NEVER describing the music in my reviews because otherwise I run the risk of lying (see point m) and I value integrity above everything else… unless anyone wants to give me a blowjob give me some kudos for a good review (this has only happened a a few dozen times never)… I did get to z) actually, but I figured that answering all your other points, even the ones you didn’t write down, verged on arrogant. And Morrissey knows, I’d never want to be that.

Contributor 4:  So, is it OK to have an opinion you want to communicate to other people…?

Scott Creney: It’s never okay to write positive reviews. It only feeds the capitalist/consumerist beast that seeks to devour us all. And the people who benefit are just going to spend all their money on shitty drugs anyway.

Contributor 6: Yeh…! any press is good press. Fuk all this PoliCorr New Whirrled Ordah silliness. Be honest and poetic and Nature will adorn you with Giggles ‘n’ Winks…

Related posts (and if you ain’t read this one, you really REALLY should): An Immodest Proposal

One Response to Is it OK to write negative reviews of other people’s music?