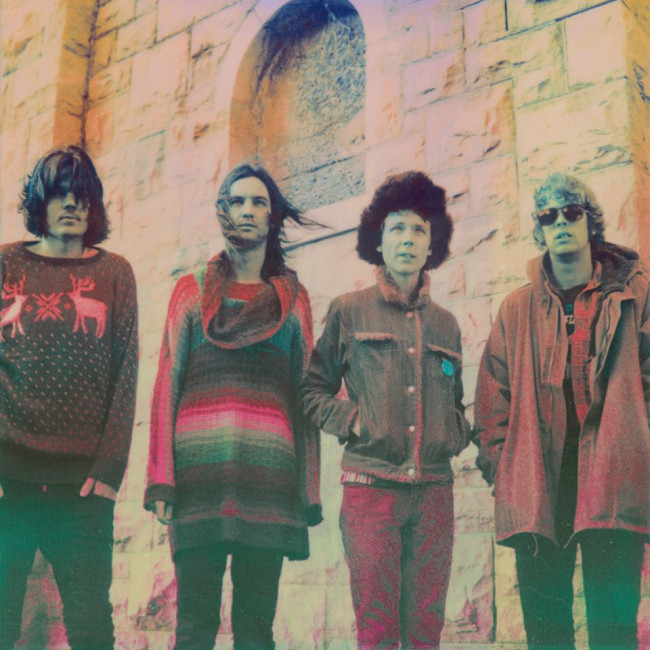 Hey music fans, are you ready to rock? I said are you ready to rock? I can’t hear you! I can’t hear you because I’m at home right now and as such any attempts to answer my question using your voice would be somewhat unproductive. Technicalities aside, my question was more a way of making you aware that the opportunity to rock is something that will present itself to you in the not too distant future. How do I know this? I know this because I’ve been listening to some newer music and I can tell you that, despite what some naysayers might naysay, music is alive and well and as exciting as ever. Not fade away indeed.

Who are these musical acts I’m referring to? First off, Tame Impala. These Australian rockers blasted out of Perth with a whole bunch of rock and even more attitude. They’ve only released two albums but they already have many fans due to their heady mix of dreamy psychedelic guitar and dreamy psychedelic production. The lyrics sidestep logic and dive headlong into dreamy psychedelic fuzzyness, proving that not everything has to be intellectual like Mumford & Sons.

HAIM play the kind of sunshine-filled California pop you thought you would only hear at those upcoming Phantom Planet reunion shows. HAIM may look laid back, but these rockin’ ladies have the same kind of grit and R&B edginess that has taken Maroon 5 to the top of the charts time and again. When they sang backing vocals for rock’n’roll visionaries Primal Scream at their recent Glastonbury set it proved to everyone that these girls were ready for the big time. Critics have been falling over themselves to praise their special brand of retro R&B mixed with retro MOR and it will surely only be a matter of time before teenagers find out about them too.

Jake Bugg is England’s answer to Bob Dylan, mixed with some Oasis swagger. His attitude is unfussy and straight to the point. He sings about the kind of rough and tumble world of the English lad in a way that hasn’t been done since Arctic Monkeys or Northern Uproar. Fans are already looking forward to his new album which promises to be something like his first. As the English would say, nice one.

If you aren’t excited by these acts I suspect that you haven’t listened to them. Critics from publications as diverse as Rolling Stone and MOJO are unanimous in their praise. These are good years for music. Next time you’re at a festival, you might see me down the front. That’s if you’re lucky enough to be in the VIP area. Just stand well back though, because if the band is rocking, then I’ll be too.

5 Responses to Jeff Pollack | An Open Letter To Music Fans