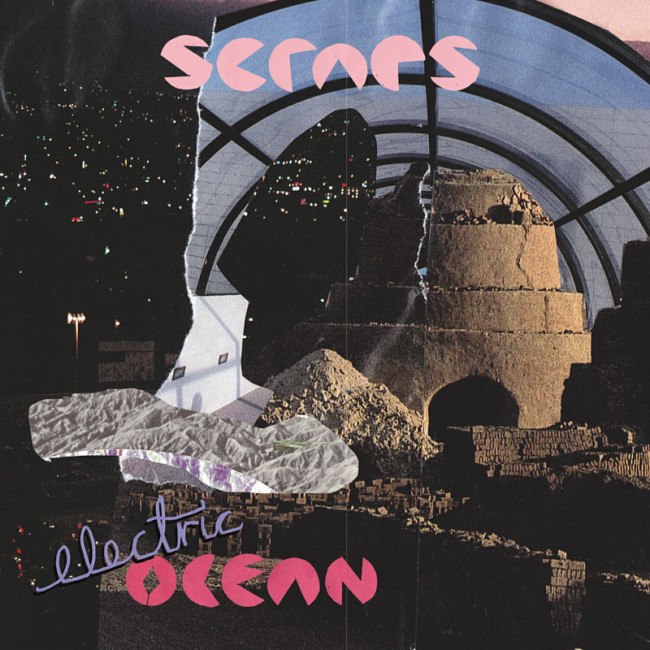 Sarah: Is Scraps a euphemism for anything? Laura: Not really – its just crap between two s’.

One must always be wary of “bedroom projects” these days, since any dullard with a computer and a sound-generating device can market themselves as a musician. Scraps, at the very least, is not a dullard – say how-de-do to Laura Hall, Brisbane native and avid cook.

Now, Laura wants us to believe that her debut album, Electric Ocean is some stripped-down disco party. What we really have here, kiddos, is Oppenheimer Analysis without the aching heart, William Onyeabor without the good-natured soul. Not that those are crucial elements for a minimal synthpop project to possess – really, nuts like me should only need a solid beat and catchy melodies, yeah?

Maybe. But Scraps can’t ever tug at my metaphorical heartstrings like Oppenheimer Analysis can.

“We know what we’re doing, don’t we?” Those two words at the end reveal the bleeding human soul behind the sleek metal surface.

Now, yes, Scraps is catchy and glossy, and not too glossy, either. Songs like “Saphire” and “Projection” seem to bristle with cosmic disco swagger, albeit within an elevator shaft. The title track seems heartfelt enough – indeed, the childish non sequiturs (“What’s your favorite color? / What’s your favorite number? / Six Flag, Six Flag!”) accent a kind of wide-eyed wonder that’s just outside of the sullen singer’s register. The closer, tinted leafy green with chirpy bird sounds, is certainly charming. And, from time to time, more insect-like tunes like “Lonely Motorbike”, or the faintly sinister churning of “Holiday”, perk up those old synthpop goosebumps.

But Electric Ocean works best as an insular phenomenon, i.e as a talisman that stays in yr bedroom. Because once you pull it out into the open, the color in all those crayoned rainbows and drum machine dancefloors begin to fade. Wedge “Projection” next to Onyeabor’s “Good Name”, for instance, or “Holiday” next to this sublime laser bouncing rhythm menace from UN, and you’ll see what I mean.

I mean, sure, no one likes a review full of comparisons. But let’s face it, kids – this Electric Ocean is an utterly derivative little creature, a meek child that hasn’t yet found its own voice. “Projections” may be the closest that Laura’s come to fleshing out something we listeners can latch on to, something we can jump and jive and laugh to in the privacy of our own homes – but Laura, dear, you’re still so far away and shy, and while that’s nothing to be ashamed of (honestly), ya can’t sell a near-6-min slump like “Asleep” on fragile angel whispers and powder white lumbering melody alone (though I approve of the dissonances that cross the tundra).

Scraps ain’t crap, at least. Trust me, I’ll take this over those squeaky clean CHVRCHES leeches any day. But I just wish I could see you more clearly, Laura, or that you could affect me in the same all-consuming way that those Smarty folk could with their mind-numbed, jelly-eyed horror. Right now, Electric Ocean is like the good ol’ chocolate cookie – the recipe differs little from cookbook to cookbook, and it’s the perfect standby for parties and bake sales, but offers nothing new for the adventurous sugartooth.

(For the interview quoted above – and a simple recipe for veggie pie – click here.)