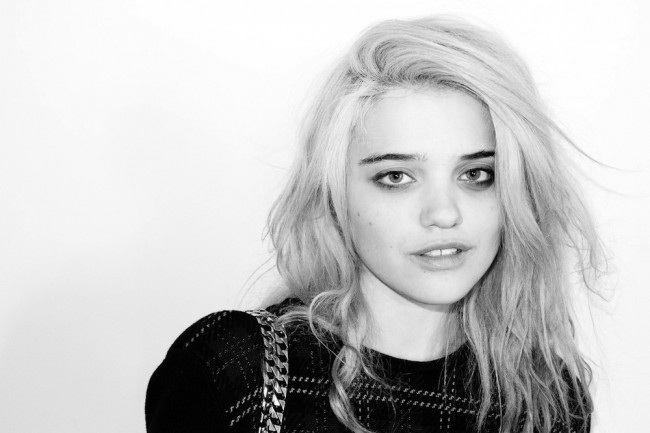 Sky Ferreira’s Sydney show, the only date on her ludicrously short inaugural Australian tour, was itself a tad on the skint side. I mean, on their first tour in 2011 OFF! played every song from their 25-odd minute first album and then started playing it again from the top to fill out the time. Anywho, we were in and out within 40 minutes. The thing had the feel of an industry showcase, only a year or two late, in the wrong country, and in front of people whose capacity to positively influence her career was limited to stampeding in great herds across savannahs of social emission.

The set list was, to the best of my recollection, as follows:

Clearly ignoring the Collapse Board consensus, the slower songs from Night Time, My Time were given preference, and they bloomed when relieved from the weight of the album’s production. It’s interesting how many of the characteristic melodies, riffs and motifs were dropped, and how refreshing it was. This wasn’t jamming econo by any stretch but still a far cry from the Miley circus, I’d wager, and to the good: her record is made of bold strokes, even in its weirdness. Stripped to four player band format for cost effective micro-tours to the fringes, there’s nothing but band energy (which, for a batch of fungibles, was respectable) and Ferreira’s bullet-proof voice to focus on. And it’s true: her voice is so full and gorgeously melancholic, the perfect match for her pop. Her chops as a singer are clearly pitted with the legacy of a thousand hurts come too soon.

And this is where we come to the central point of Sky Ferreira’s performance in Sydney tonight. In the Australian parlance, she looked kinda shattered. Her presence, however, was not. She stood still for much of the set, behind sunglasses, and while cynicism tugged at my elbow I couldn’t say that I wasn’t drawn then to the core of her as she sang these songs I knew by heart. The tension built so that when she did move, it cut with white heat. The brief moments she removed her sunglasses revealed a fury and also a diminutiveness, albeit one boiling over with outrage.

I noticed that she looked to be wearing the same skirt she wore in a photo taken after an interview at FBi earlier that day. What is authenticity in pop, and does it matter? You’re better off asking an academic. Sky Ferriera exudes a kind of it. She knows her vehicle, knows it better than most, knows it well enough to know how much bitchslapping it can take with noise and playful surreality, believes in the integrity of it.

The main set was brought to a close with a string of personal thank you’s. They rang as genuine as her commitment to documenting the drifting and scrapes of early adulthood, but with the knowing capability of someone older. I was reminded of a similar conclusion to Claire Boucher’s show in December 2012 at the same venue, a sliver of extra-musical persona that is utterly endearing. “Werewolf” was a delight in its complete contrast with everything I knew about her music. It was somewhat better for being largely obscured by the standard Australian drone chatter during quiet moments (don’t blame us, we were deafened by the cicadas), its secret kept in the plain sight of the ignorant. We’re not unreasonable to expect our pop to have weight. We know that because Sky Ferreira is making it.