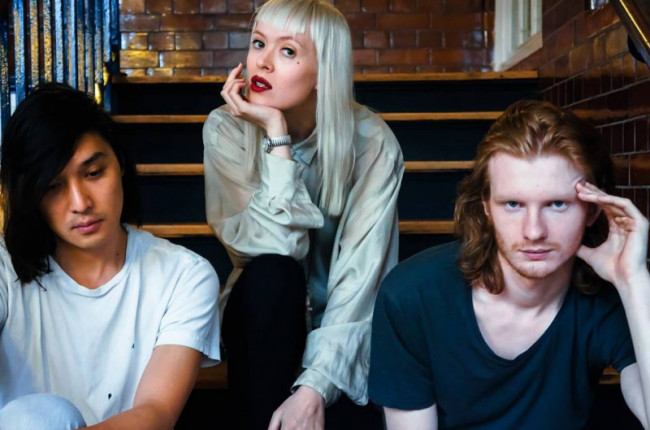 I have this correspondent, Rosie.

Sometimes she sends me wonderful words.

Like most total flaming hipsters, I love Fleetwood Mac. My parents did not listen to the Mac, but it wouldn’t matter even if they did, cos there is no generation gap anymore. I went thru a phase about five years ago where I started to get obsessed with albums that had sold over 20 million copies. (I know y’r probably choking.) There was a debate at the time bubbling on various blogs as to whether the album was a dying format or not. I can’t remember who wrote the piece that caught my imagination – maybe it was Simon Reynolds – about how all the significant revolutions in popular music have been the result not of some band’s influence, but instead the effect of inventions in formatting: vinyl LPs (birth of the album), the 12″ (birth of club culture), CDs (birth of everything being so compressed it’s absurdly loud/birth of paying relatively too much for your music collection) and now… MP3s (birth of paying nothing for your music collection).
Letters from Rosie 8 – Best Coast and that Fleetwood Mac cover

Madonna’s latter-day sins. Dismiss them right now. Please. What are they worth? A few ageist laffs, a few misogynistic jokes that make any woman over 25 feel uncomfortable. You know when you go into your room and your granny has tidied it for you and everything is perfectly folded and the drapes are somehow majestically, beautifully arranged? This represents 0.0001 percent of your granny’s actual potential. Women over the age of 60 are like Matrix Oracles. Older women possess the most culturally undervalued intelligence in the whole world. I’m telling you they can read minds. They know when you are sleeping with someone and why the sex is not working. They know when you are faking a friendship, when you are worried about that meeting at work and how you should handle it. They love you in a way you cannot understand because your consciousness is low and un-evolved. True, some of them use their powers for evil (you really want a legendary read? Don’t ask Crystal LaBeja how you look, go ask your mother). They’ve got nothing to learn. Believe. There are millions of these wondrous sages walking among us and we’ve got them folding our fucking pants. One of them manages to become a self-made billionaire and y’all start puking discord. You wanna go after Madonna for sticking around? FUCK. YOU. Go chase Flo Rida. Execute David Guetta on the way and bring back milk.
Letters from Rosie 10 | I am perhaps the last Madonna fan on earth. That’s as may be.

And sometimes she sends me wonderful music.

‘Heartbeat Overdrive’ occupies the fertile middle ground between early Kate Bush, 80s Madonna and the portion of Cocteau Twins’ back catalogue I’m familiar with. To be honest, until I heard ‘Heartbeat Overdrive’ I had no idea there was any particular middle ground between those three artists, let alone that it was so fertile. But there is and it is. It clearly is. The type of song you’ll hear in a year’s time and go… wait, who the fuck is this again? This is totally WONDERFUL.

Don’t be put off by the crass comparisons. They serve a purpose as pointers, no more. When The Sugarcubes first appeared, folk were comparing them to Cocteau Twins and The Smiths. (I know. I was one of those people.) Galaxie 500 got it in the neck for doing a New Order cover. My point here is, no art exists in isolation. You build on what went before (or, if you’re Liam Gallagher, you subtract from what went before). What matters is… how did Jim Jarmusch put it?

Nothing is original. Steal from anywhere that resonates with inspiration or fuels your imagination. Devour old films, new films, music, books, paintings, photographs, poems, dreams, random conversations, architecture, bridges, street signs, trees, clouds, bodies of water, light and shadows. Select only things to steal from that speak directly to your soul. If you do this, your work (and theft) will be authentic. Authenticity is invaluable; originality is non-existent. And don’t bother concealing your thievery – celebrate it if you feel like it. In any case, always remember what Jean-Luc Godard said: “It’s not where you take things from – it’s where you take them to.” (Jarmusch 2010)

I like the place Ballet School has taken this music to. A new ground for exploration. More new treasure maps and cornicing. A new fecundity.

This is why events unnerve me,
They find it all, a different story,
Notice whom for wheels are turning,
Turn again and turn towards this time