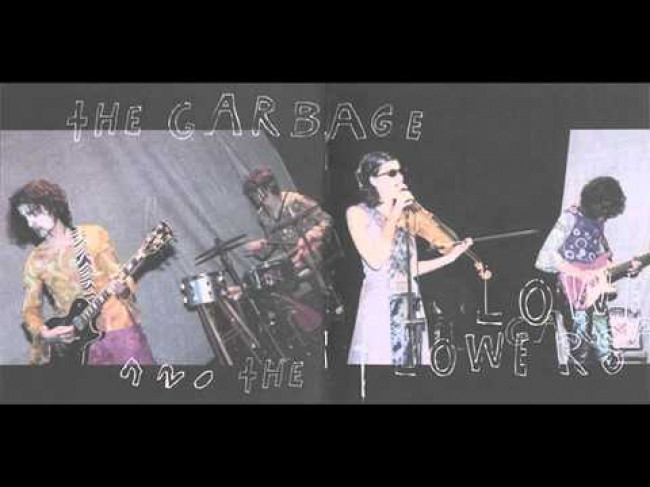 There’s a case to be made that most every band who have taken The Velvet Underground (and The Jesus And Mary Chain) as a primary influence has gone on to better their sound.

Something to do with currency. What begins as parody or bare tribute rapidly takes on new shapes and meanings with just a missed strummed chord or stuttered vocal; and cos the template is so defined it’s near impossible to fuck up… and if you do fuck up then all the better. If I can work out the opening chords to ‘Femme Fatale’ with my not-even rudimentary guitar skills then even the lowliest Postcard Records fan (that’s me!) can. It doesn’t take even a songwriting novice to write lyrics like “Making love/On the edge of a knife” (thank you, Reid brothers). The image is often as crucial as the music here: but the image sucked when it came to the Goths. Much of the appeal of this music lies in its bare bones vulnerability. Jonathan Richman understood all this. Fuck yeah man, Jonathan understood all this.

On closer examination, this argument doesn’t hold up that well when it comes to the Velvets.

Scott Creney had me hooked a couple of days ago when he wrote:

So but I hear this song, or at least what I’m able to make out between customers, and it sounds intriguing, kind of like the missing link between The Velvet Underground and Joanna Newsom. It makes time stop for a few minutes. I leave my body. It’s all I can do to keep from walking out the door into the early hazy morning and kissing my sole means of income goodbye.

That’s enough for me. Unlikely juxtaposition as the writer struggles to come to terms with what (s)he’s suddenly experiencing. He’s way off, of course, but it doesn’t matter: the words have served their purpose and the bait has been cast successfully. As he later corrects himself, The Garbage & The Flowers are far more like the missing link between Lou Reed and Lou Reed. There’s room for contemplation and beauty and sensory anticipation. I think we can take it as read that my favourite part of The Velvet Underground is Mo Tucker. She used to send me Christmas cards. So obvious, I apologise.

I did nothing but listen to The Garbage & The Flowers yesterday. Nothing… OK, I listened to the new Sky Needle but I’d be crazy not to listen to that sumptuous mistress-piece of wrong and squelchy farting noises and handmade repetition, wouldn’t I? From Wellington NZ, now relocated to Sydney – and with a fresh reissue coming out, complete with sleeve-notes from that master of the beautiful and the arcane Jon Dale, hence this small burble of excitement…

P.S. This song is astonishingly beautiful.

The quote for the bleachers reads:

From the Brisbane show last year.