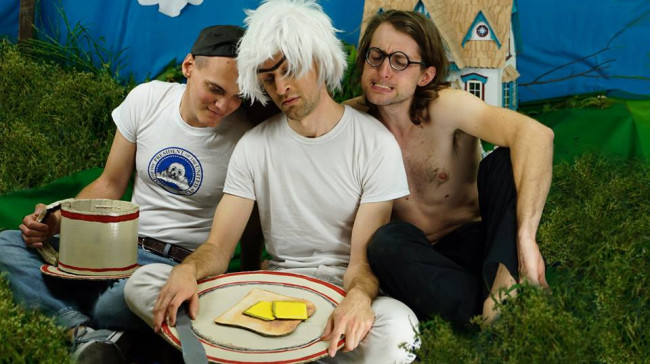 Big Bill hail from Austin, Texas and sound like nothing else that has come out of the town that SXSW has devoured. Tons of guitar twang with just the right amount of bending and swagger, that somehow brings to mind the super cool non-solo solos of the Dead Milkmen and the peckin’ party stomp and roll of a young Southern Culture on the Skids. Big Bill have supplied you the perfect summertime backyard luau barbeque soundtrack in this monster of a debut single, which could be potentially as influential as “Surfin’ Bird” by the Trashmen or as dumb as The Kingsmen’s “Louie Louie.”

Get some friends, put this on, and keg stand until you can’t stand anymore. At this rate it won’t be long before the bigger indies are plundering the roster of Austin Town Hall for the next big thing to come out of Austin.