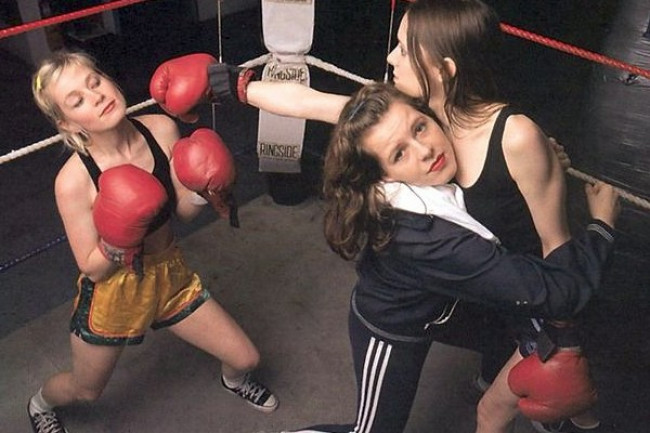 We featured BABYMETAL as a band that the organisers of the Soundwave Festival might think about booking for next year in last week’s playlist and suddenly BABYMETAL are all over Twitter and Facebook. Who said the idea of tastemakers in the Web 2.0 environment was dead and buried?

Sky Ferreira – Everything Is Embarrassing
It’s March, I’m still listening to Sky Ferreira all day, every day and it’s almost been the only thing I’ve listened to over the last couple of months (since I got the promo copy). The Australian version of the album comes with two bonus tracks, two versions of the same song, the original and the Unknown Mortal Orchestra remix of ‘Everything Is Embarrassing’. It just doesn’t get tiring. I mean how could it? It might only be March but let’s just call it Album Of The Year and forget about the unnecessary procession towards the start of December when everyone else publishes their “Best Of’ lists.

Roku Music – Collider Album Name Your Price Download
I say almost exclusively Sky Ferreira but in the last few weeks it’s been on a bit of rotation with the Roku Music album, Collider. The band have made the whole album available as a Name Your Price download so basically give the band a few coins and DOWNLOAD THIS ALBUM. Alternatively download for free and then buy a copy of the album on vinyl or one of the few remaining deluxe editions (only 50 of them) because it will sound magical on vinyl. Even on download it’s a truly stunning and absolutely beautiful sonic experience. Let’s face it, Kevin Shields would be envious if he heard this and compared it to his own band’s much anticipated, much hyped 2013 release. With this and Blank Realm’s Grassed Inn, it’s already a great year for Brisbane music. Who knows, maybe one of them will even make next year’s Australian Music Prize shortlist. (Who are we kidding, that’s something that doesn’t exist for Queensland bands).

We featured the album’s second release, ‘Reflector’ in a recent Friday Afternoon Playlist but as a Soundcloud track not as the video clip that came out just after we’d posted.


Maow – Ms. Lefevre (featuring Neko Case)
Neko Case played in town on Wednesday night. She was funny and charming and sang beautifully (as expected). You’re never safe from your past with the internet and I found out what she did pre-New Pornographers and before she lost her heart to Country on Youtube via Wikipedia last night. I’m not sure if I’d every heard of the ‘Cuddlecore’ genre before but either way, it’s a terrible name. The Urban Dictionary tells me that Cuddlecore was

Originally used to jokingly describe the sound of Vancouver, BC punk band cub (sic) and coined by friend Nicolas Bragg. It was meant to be an antithesis to the crotch-rock/clit-rock/riot grrrl/foxcore bands of the early-mid 1990’s such as L7, Hole, Bratmobile, The Muffs, et al. Incorrectly used to describe the sound and fashions of other bands.

Wikipedia also tells me that Cub were the leading protagonists of the Cuddlecore scene, a band that Case also drummed with at times. The whole of their Betti-Cola album is on YouTube and is a whole lot better than the Cuddlecore genre name might lead you to believe.