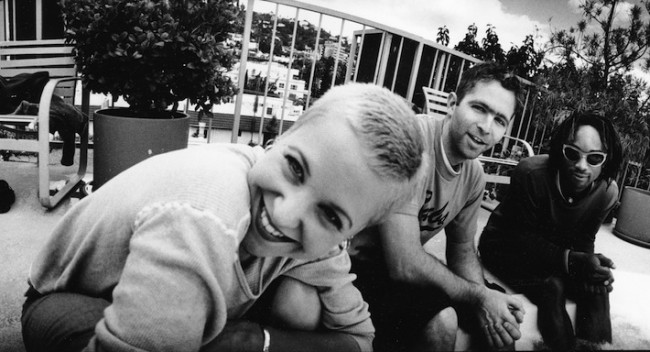 I’ve had occasion to remark upon my slowness before. Music. Currency is all. Or if not all, then a considerable part. No, it ain’t as facile as it sounds. Currency is tied up with notions of Bourdieu’s ‘cultural capital’ and – less you are a member of Bumford & Cunts or Alex ‘I Had That Nice David Cameron Round For New Year’s Eve’ James and born laughing rich; or blessed with a six-pack or cute cuticles or summat – it’s pretty fucking difficult to get laid without some of yr olde Bourdieu cultural capital. Your taste helps defines you as a person. Clearly. And your social standing among your peers helps you get laid. Clearly. And if your taste in music is running 11 months – or even 11 days – behind the popular pack, then your social standing ain’t what it used to be brother, and you sure as fuck ain’t gonna get laid. Unless you’re lucky enough to run into someone who a) doesn’t give a shit about such arcane notions as currency or b) are a trifle slow themselves.

I met Kristin Hersh on Rhode Island once. She intimidated the beeJesus out of me – and she ain’t an intimidating person. She chatted, all sweetness and light and cute cuticles, about going to an ostrich farm for her honeymoon where they use Big Gulp cups to catch the masturbated ostrich sperm in. (Small Gulp cups just don’t do it.)

For some reason, that anecdote always stuck with me.

I always wondered about Throwing Muses, cos they always seemed to be the blues, the Neil Young, the blues, the awkward and the social misfits, the blues, the Tanya Donelly to me. I’m not writing well. I’m seizing up. Tongue-tied. Flailing around inside my head. This frequently happens when I’m within hearing range of genius. And yes fuck, Kristin Hersh is a genius around a guitar and a song and an interpretation. The rest of Throwing Muses are pretty fucking cool too. If Kristin’d been male she would have lost the “greatest female singer-songwriter” tag decades ago and been called “greatest singer-songwriter” except she is female of course and so that’s an entirely irrelevent comment about hidden sexism.

I came to this song by way of a long torturous circuitous route: started here and ended up here. (Respect to KEXP.) Until three days ago I didn’t even realise Throwing Muses had reformed let alone had a new album out let alone were still creating the sort of skewed skewed challenging heartwarming lovely wonderful genius that so very, very few bands are capable of. (Yes I know, Lee! I know!) Until yesterday… n,o wait. I ain’t sayin’ that. My cultural capital is at an all-time low already. You wanna know the last time I got laid? I’m sure you don’t. Here’s what Lee said (and she mentioned Tom Petty, same way Robert Forster did to me only three days ago):

I think about very…human Kristin is. I know, that’s a stupid modifier. But add together the guitars (so real, you could touch ‘em), the words, the list of people lauded as “angels” inside the sleeve (i.e everyone who helped fund the album)…and now her gracious offer for an interview with anyone. Anyone! In these dark times, you can stare down a bus and count 8 out of 10 people sucked down into their smartphones, ignoring the world around them. So I think of Throwing Muses, and I keep my phone tucked away.

Wait. I don’t even know who Marshall Tucker is.

This song swirls and whirls and disconnects and then connects immediately. And yes fuck. It IS the blues, the way I always imagined them. It has spunk and heart and humanity and a middle-eight that confuses because of the time signature change, and Kristin wassailing and the drums thudding ominous and… did I already mention how shy and intimidated I become in the sound of genius? (Shuffles off, chastened.)

(Shuffles back on, happy now he’s heard the song several times in the interim.)

Here’s Lucy on Kristin and Lucy (and Kristin) are like 50,000 times the writer I am:

Tremendous, she was. Those songs snagged at me, painful and demanding, Kristin’s squashed bug voice the perfect vocalisation of all the jumble of emotions my teenage self was experiencing, the switchback ride they took – roaring through cowpunk frenzy via dischord and ecstasy to sweetness and charm – an apt representation of where my head was at, where haywire teenage heads tend to be at. And those words that I could barely grasp at understanding but which made total sense to me, all blood and rage and impotence and self-loathing, here they are again, sewn through the story of a real girl.

I have no idea who Throwing Muses are, who I am, what dischord is, where the bar is, these days. All I know is that this music is succour to a troubled soul. Sweet relief from the angels.