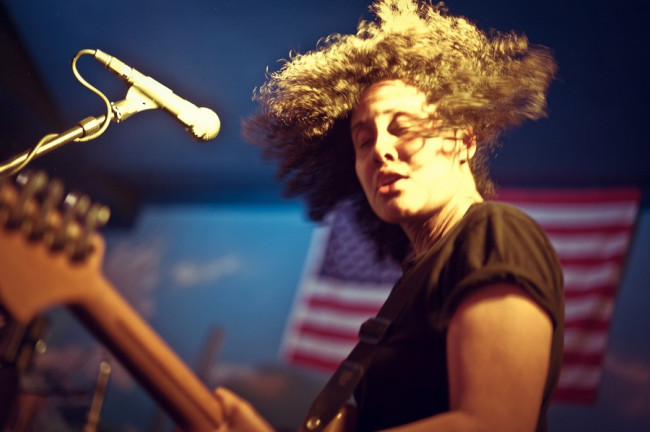 All I know is all I know. I stopped listening to new music when I was 20, when it comes down to it. Go on then, define new. Doubtless, some people might be taken aback by this wonderful song by Sacred Paws. It is warming. It is fast but not frantic. It revels in its power. It traces circles in the firmament and brings them crashing back down with elliptical grace. It possesses (and uses) vocals like everything you want. Rhythm is a flurry of excitement. Rhythm is a flurry of expression. Play it once, play it a hundred of times until the music takes shapes and it’s ducking and diving round your head like a battery of butterflies, teasing and fluttering. Frantic, but not hasty. Such a deft touch. Such a deft way round a harmony and a loop. Look! See the music go now, wielding a baton and a stick and rolling three large circles on top of each other! From… Contain… Are…. What… I’ve forgotten what I was going to say now. I was going to be mannered and precise and cynical and now all I want to do is dance round my feet in giddy abandon, laughing at my stationary feet. Playful and deliciously so. Hasty, not hasty. Not hasty at all. Now it’s playing in four of my ears at once, and man that makes so much nonsense of the other stuff that was there a few seconds ago.

Does that make any sense?

I feel I’ve just stumbled across the edge of another very large, very engaging precipice and all it will take is the gentlest of gentle nudges to push me over once more. Please! Will no one supply the shove?

Self-described as devotional freak out Glasgow – which in 4 words tells you more than I can manage in 265. No more words, please! Just giddy dancing.

Apologies to Neil Jarvie at The Skinny, whose photograph I just nicked.