The return of Everett True | 46. Maid Of Ace 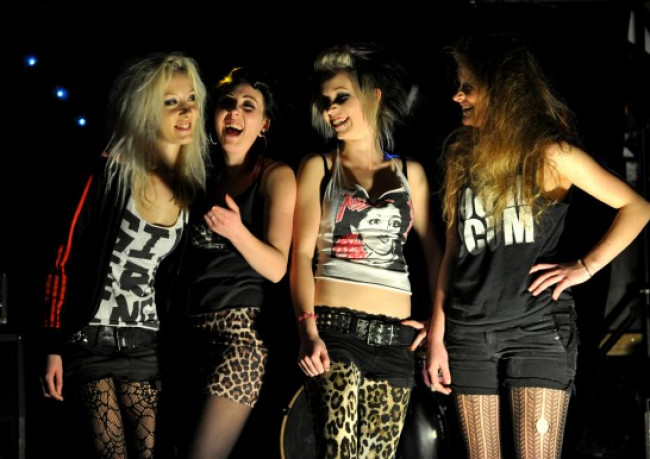 There was this. And while I can’t vouchsafe for this, I can’t deny that the occasional public acknowledgement – once every 10 years, right now – does buck me up for a few minutes.

Everett is the greatest music writer alive, probably. One of the most essential, at the very least. People roll their eyes when I say that ‘cos heaps of Established Professional Music Writers hate him, like any Established Professional hates anyone who exposes the lie of their inflated sense of self-importance. Alright, how about this? Everett is a tough boy, wild and innocent and dangerous as hell. The most dangerous music writer alive.

I’ve been tryna think of a way to tie them all together. It’s not just that they write about themselves, an accusation too blunt to take seriously, but that their identity, their personhood is all over the page. They all puke humanity and Everett most of all. Whether you reckon music is personal or communal it always involves people, you and me and our experiences. In its best and most rapturous forms, music is never spreadsheets or graphs or credits. It’s humanity. That’s where everyone should start. Does it move you? How? If it doesn’t, forget about it. Have no truck with indifference. It’s deadening.

In true True fashion, I spent this whole review talking about everything but the music. “I think I would be doing the world a fucking favour by not letting go,” he spits. Don’t dare let go.
New Oz Music: John Steel Singers, Miami Horror, Bertie Blackman, more

Thing is though, I can’t even hold a chandelier to most of the names on that list. Let alone (takes deep breath and begins a list that continues for… wait… it’s personal alignment, nothing more). And I’m continually cowed by the range of awesome female writers that have contributed to Collapse Board over the past few years, in particular the ones who don’t write no more. For us, least ways (which to my way of thinking means they don’t write no more). And especially, this one.

Oh this is just ridiculously good fun [writes Lucy Cage from Brighton, England]! Four BMX-ing grrls from Hastings; what they lack in originality they make up for in wheels & verve.

She still sometimes thinks of me. That’s nice. She sometimes throws me a light fitting. A nice fitting. An appropriate fit. Originality is the least of the important factors here, as Lucy succinctly summarises. The wheels and the verve and the vim and the menace and the vigour with which they tackle life’s obstacles (Hastings, whatever) head on is enthralling, invigorating, shoulder warming. The music is mighty nice too. Reminds me of some of the glory days of 1990 I rarely talk about in 2014 because why the fuck would I want to talk about the glory days of 1990 in 2014 when there’s so much glory day-making going on around me, every minute of every day? But, as I started that sentence I will finish it, and so I’ll say that from my own personal treasure store I’m reminded of New York greasers Lunachicks on a rooftop claiming my wimpy white boy ass for their own, with their (sure, unoriginal but who gives one?) energetic rabble-rousing metal and no-shit attitudes and determination to ROCK THE GOOD ROCK. That’s what Hastings band Maid of Ace have got in (the ace of) spades, a determination to ROCK THE GOOD ROCK, a determination and a knowledge that to ROCK THE GOOD ROCK counts for pretty much everything. Great handlebar control, too. It’s all you need. Really, it’s all you need.

Lose that veneer of cynicism and blunt refusal to accept the good times. It don’t suit you anyway.

As she says, not wasting your time like me.

Oh this is just ridiculously good fun [writes Lucy Cage from Brighton, England]! Four BMX-ing grrls from Hastings; what they lack in originality they make up for in wheels & verve.

This Fuzzbox cover is great, too.

One Response to The return of Everett True | 46. Maid Of Ace