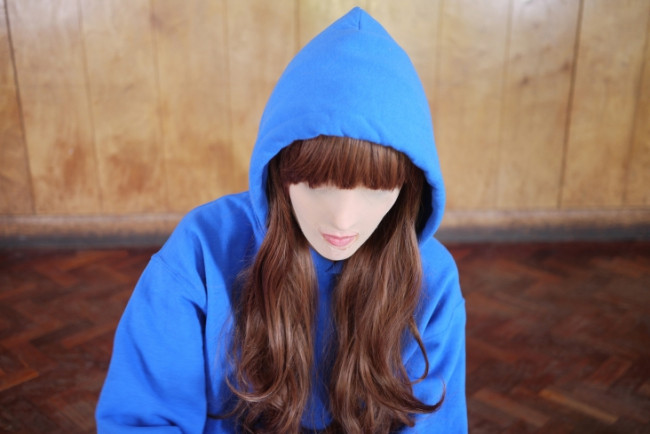 Now, I’m assuming most of my readers are way ahead of me here.

That’s fine. Amuse yourselves while I imagine the cold. Brrr. Man, it’s chilly in here. Chilling. A wind sweeps my bones and washes them into a sea all the more black for not existing. Meanwhile, malcontents malinger and spit no sense. The belly splits open, revealing a chasm. I am driven to rubbing the same square inch on my computer screen over and over obsessive compulsive, as jackhammer robots do what they must. The problem I have with much music – it outstays its welcome, it lingers where it shouldn’t, it has a false sense of its own melodic prowess, it has no sense of fluidity and furthermore has a man hitting a taut faux skin somewhere in the foreground – doesn’t apply here. Bear with me. I’m playing catch-up in fast forward speed, five times five. I can imagine listening to this in 1979. I can imagine listening to this in 2009. I can imagine standing in a doorway in the Hollywood Hills, preparing to bear the heat, when one of the Samoan rap band reaches up and grabs a fully working automatica from the jamb. I can imagine some might imagine horrorshow horrorcore horrorelectro horrorrap.  I can see Bjork, still talking to me in her shiny leggings and running rings round my fumbling intelligence. Ants.

Are you amused yet? Why are you reading this? Filler words, splayed across mounds of empty screen, there to build to help a rudimentary construct of sound.

This is good. It’s neat. It’s meaty. It’s unsettling. It makes me want to skewer sheep.

This I like. It’s good. It’s meat. It’s neato. It makes me want to nuzzle your corpse gently.

I don’t think you should read too much into the fact it was the first song Scott Creney thought of when I asked folk to recommend me some pop music. Scott Creney doesn’t like white girls talking like babies, or Charli XCX. Unless he does.