What I did last night instead of going to see J. Mascis play live 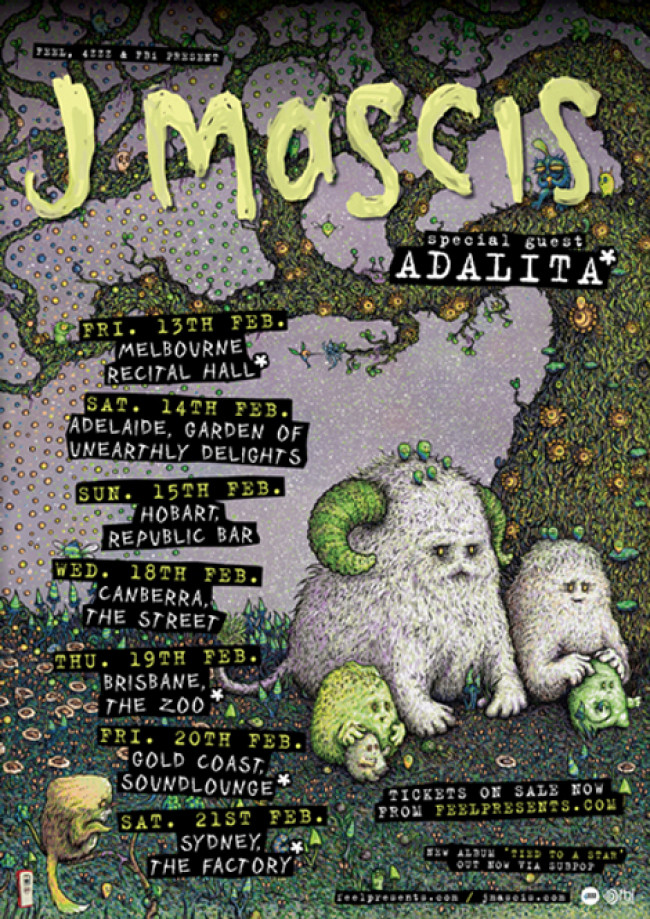 I like J. His laconic humour, his even more laconic guitar solos.

I didn’t know he was playing until I saw some grunge types outside the Zoo, struggling their way through the cyclone-building rain.

My first car park spot I vacated after spotting the sign that read “temporarily closed because of potential flooding due to being in a low-lying area”.

My second one was fine.

I watched three bands play at the Black Bear Lodge. The Courtneys, Hinds and Brisbane sweethearts/70s bluesy throwbacks The Furrs. Ben Green has written an articulate and witty review which you can find over here.

You don’t need my words as well.

I chatted with Joe from The Creases. He told me he queued six hours to see The Strokes play a festival one time, made sure he had his supply of muesli bars and a bottle to piss into. I told him about making Bobby Gillespie storm out of an interview twice, by comparing Primal Scream (pre-Screamadelica) to The Soup Dragons. Twice. Before we’d even started the interview. I told him I pissed down the side of my jeans leg, rather than lose my slot next to Sheryl Crow and The Rolling Stones’ security at the Stones’ concert in Okalahoma, rather than lose the story. He suggested we team up, and start videoing interviewing bands around town.

Both he and I would like to see femme pop crush-hearts Go Violets reform. Seriously now kids. Reform!

I spoke to Hinds, as requested. But their lovable enthusiastic rudimentary grasp of English and my inability to pronounce their manager’s name correctly – no one told me Joan has two syllables in Spanish – made it an awkward, if full of smiles, couple of minutes.

Joe invited me to see the darling queen, Perfume Genius play at Brightside. It was raining even harder. Rivulets became rivers became gushing tirades. I sang the line about “I want to be hurt/By a girl in a leather skirt” over and over to myself. There was little audience, less atmosphere, no dress up. I lasted four songs – noting that I enjoyed the rumble of carefully manicured drum sticks, the plaintive and proud falsetto, and left for the Lodge. I do not need the mystery stripped away when it comes to Genius.

The rain had eased. The story about how Foo Fighters‘ Australian record company have banned me from seeing – and thus reviewing for The Guardian – their Brisbane stadium show seems to have done the rounds, and back again. I note (with pride) a certain fierce pride on the part of some folk telling the tale, that Brisbane could be so potentially iconoclastic.

I like J – or what I remember of him. I had no idea he was in town. He’s often in town. I never have any idea until after.