Yesterday and today: favourite songs of the Interweb (volume two) 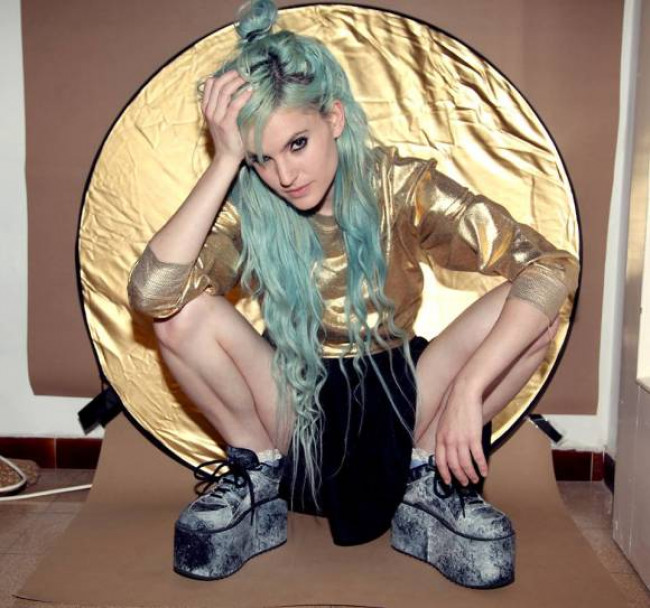 The idea behind this series is to find a new way of presenting you with music you may not have heard before. Click on the high grades! These are the music students who’ve gone the extra mile. Click on the low! All taste is equal yet different.

And yes, there will be a test afterwards.

OLD: Teddy Bears – To Know Him Is To Love Him
NEW: K. Michelle – Love ‘Em All
GRADE: D (graded up for Phil Spector/graded down for submitting homework late/graded up for making me check out K. Michelle)

OLD: The United States Of America – The American Metaphysical Circus
NEW: The Julie Ruin – Run Fast
GRADE: C- (graded down for making me like a prog-psychedelic band/graded further down for late submission)

OLD: ESG – Earn It
NEW: Shamir – On The Regular
GRADE: D+ (graded up for being right on/graded down fractionally for being too right on)

OLD: Quasi – You Fucked Yourself
NEW: Richard Dawson – The Vile Stuff
GRADE: D (graded up for picking a track from the second-best Quasi album/graded down for making me cross with myself for not having the time to listen to the entire Dawson track)

OLD: Prolapse – TCR
NEW: The Ethical Debating Society – Outside!
GRADE: D (graded down for too much words and not enough linkage/graded up for picking the permanently disturbing Prolapse)

OLD: The Feelies – Crazy Rhythms
NEW: Churn Milk Joan – I’ve Just Injected An Unknown Substance Into My Eye
GRADE: C (graded down for ridiculous song title/graded up for the fact the band don’t mention Captain Beefheart on their SoundCloud despite the clear influence/graded up for… well, you don’t need me to tell you)

OLD: Jeff Buckley – Forget Her
NEW: Outliers – City
GRADE: C- (graded down for not doing your research/graded up for decent stab at promoting local band)

OLD: The Replacements – Bastards Of Young
NEW: FKA twigs – Papi Pacify
GRADE: D- (graded down for reminding me I never did get round to checking out The Replacements/graded up for contemporary female righteousness)

OLD: The Real Losers – Bad Girl Cheap Fun
NEW: The Wendy Darlings – Tell Me Why
GRADE: P… potential HD (graded up for reminding me of how much I love that Real Losers album/graded up because…Bangs fuck! how cool is that girl in The Wendy Darlings?/graded down once more for shameless self-promotion but I’m willing to up your grade to an HD if you send me MP3s of everything they’ve recorded)

OLD: Gary Young – Plantman
NEW: Led Zeppelin – Four Sticks
GRADE: C+ (graded right down for cheekiness in claiming an alt. mix of an ancient Led Zep track qualifies as ‘new’/graded back up for tipping me off to that Gary Young song)

OLD: The Breeders – I Just Want To Get Along
NEW: For Food – La Petite Mort
GRADE: HD (good to see someone’s paying attention in class)

OLD: Babes In Toyland – Spun
NEW: Taylor Swift – Out Of The Woods
GRADE: HD+ (graded up for paying attention in class/graded right up for choosing a MEGA Taylor Swift performance)

OLD: John Cale & Terry Riley – Church Of Anthrax
NEW: Sufjan Stevens – Impossible Soul
GRADE: P+ (graded down for thinking a 2010 track is ‘new’/graded up for some cool noodling/graded down for not immediately including the vocal track from 1199)

OLD: Gilded Lil – Motherfucker Of Calcutta
NEW: Die Antwoord – Cookie Thumper
GRADE: D+ (graded up for being included in two other lists/graded further up for the mighty ‘Cookie Thumper’)

OLD: SOAK – Sea Creatures
NEW: Adi Ulmansky – Voices
GRADE: HD- (graded up for classifying 2013 as ‘old’ – compelling performance/graded down for coming up with too many great artists for me to take in at once)

OLD: Jacques Brel – Ne me quitte pas
NEW: Tweedy – Fake Fur Coat
GRADE: C+ (graded up for including a non-English speaking act/graded down for being too classic)

OLD: The Telescopes – Yeah
NEW: Mount Eerie – Between Two Mysteries
GRADE: P (graded up for seeing beyond the shoegazing/graded way down for thinking 2009 counts as ‘new’)

OLD: Aki Kaurismäki – Brand New Cadillac
NEW: Moonface – The Fog
GRADE: D (graded up for attention to detail/graded up for description, “Totally damaged delirious storytelling that pushes buttons in me previously only pushed by Pearls Before Swine”)

OLD: Vexx – Clairvoyant
NEW: Childish Gambino – Sober
GRADE: D+ (graded down for some lazy linkage/graded up for some good rockin’ tonight/graded further up for being spot-on contemporary)

OLD: Timi Yuro – What’s A Matter Baby (Is It Hurting You)
NEW: G.L.O.S.S. – G.L.O.S.S. (We’re From The Future)
GRADE: D- (TUNE! TUNE! TUNE!/graded up for the Bandcamp title – girlslivingoutsidesocietysshit/graded back down because I actually listened to the song)

OLD: The Damned – Melody Lee
NEW: The Coathangers – Go Away
GRADE: C (graded up for punk rock quotient/graded down for thinking 2012 is ‘new’… harsh I know, but I can’t play favourites)

OLD: The Gun Club – Moonlight Motel
NEW: Kid Congo & The Pink Monkey Birds – Haunted Head
GRADE: C+ (graded up for the theme/graded down for the costumes)

The rest of you? Please pay more attention.