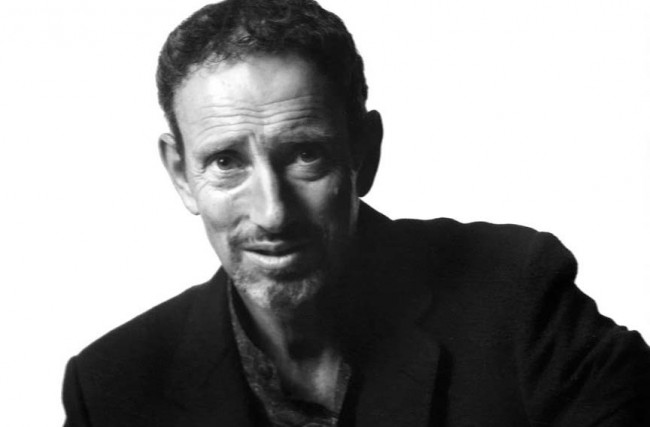 Which one could it be? ‘Roadrunner (once)’? Roadrunner (twice)’? ‘Roadrunner (live)’? Or will all the different versions split the vote? All I know is that I’m in love with rock’n’roll and I’ll be up all night.

This one was so close we had to go into a second round of voting. I would explain the process, but frankly it baffled me and at one point I did start to wonder whether there was going to be fisticuffs. Also, ‘Morning Of Our Lives’ (live) didn’t feature high enough first time round, so someone needed to fix that. Beyond that, however, I didn’t abuse editorial privilege – the way I once did at Melody Maker (say) – and hence neither ‘Double Chocolate Malted’ nor ‘Angels Watching Over Me’ nor ‘I Wanna Sleep In Your Arms’ nor the duet with Mo Tucker made it into even the Also Loved (Voted For) list, quite astonishing seeing as how over 57 songs featured in this impromptu, snap, yet thoroughly scientific, poll conducted under strict test conditions on Facebook.

1. Roadrunner (twice)
The quintessential Jonathan Richman song (produced by Kim Fowley) – as one fan put it on Facebook, “Arghhhhhhhhhhhh too close. I conferred with 10 year old me and it’s Roadrunner (twice). But the current me wished I’d said Hospital”.

As a teenager Richman saw The Velvet Underground perform many times, and the format of “Roadrunner” is derived directly from the Velvets’ song “Sister Ray”. “Roadrunner” mainly uses two chords (D and A, and only two brief uses of E) rather than “Sister Ray”’s three (which are G, F, and C), but they share the same persistent throbbing rhythm, and lyrics which in performance were largely improvised around a central theme.

However, in contrast to Lou Reed’s morally detached saga of debauchery and decay, Richman’s lyrics are passionate and candid, dealing with the freedom of driving alone and the beauty of the modern suburban environment, specifically the suburbs of Boston, Massachusetts. The introductory countoff, “one – two – three – four – five – six!”, and lyrics about “going faster miles an hour” with the “radio on” have endeared the song to many critics and listeners since it was first released.

Richman wrote the song by 1970, when he began performing it in public, aged 19. Former bandmate John Felice recalled that as teenagers he and Richman “used to get in the car and just drive up and down Route 128 and the Turnpike. We’d come up over a hill and he’d see the radio towers, the beacons flashing, and he would get almost teary-eyed. He’d see all this beauty in things where other people just wouldn’t see it.”

2. Hospital
The quintessential Jonathan Richman song – as one fan put it on Facebook, “The most perfect synthesis of naivety and menace ever written”.

…A singer either pulls you in or doesn’t. At age 17, I knew I hadn’t heard another singer like this. His voice sounds like he has a cold. He sings like he’s singing each line for the first time — the phrasing is striking, you feel like you are standing with him as a particular thought occurs. “Hospital” is a nice example. It starts like this:

When you get out
Of the hospital
Let me back into your life
I can’t stand what you do
I’m in love with your eyes.

But the best moment is the top of the fourth verse, where Jonathan hesitates on the words “now” and “world”:

3. I’m Straight
The quintessential Jonathan Richman song – as one fan put it on Facebook, “If that list doesn’t contain ‘She’s Cracked’ it worth a fuck”.

It never seemed a big deal to me, to be rock’n’roll. All you had to do was drink more, boast more, brag more. If someone wanted to take me on in a drinking competition, let them. I would always win. I didn’t care whether I woke the next day or not. Most hedonism has a desperate edge. I used to despise the hippies, pretending to be so out there: the ones I lived with in my New Cross Gate squat, end of 1980. Sometimes, they’d be so stoned (man) they’d pretend to forget I was there. Cooked up flour and water over a fire made of stolen supermarket pallets, which also provided the only light and heat in the room, and they called it living. I’d masturbate into piles of old clothes and burn them on the fire later. Their musical tastes amounted to nothing. Less than nothing. Of course, I liked some of them too. Eventually, I had to move out after a terrible day when John Lennon died and all the hippies just crowed. I had a battery-powered radio player, and I huddled under my piles of old clothes and wept.

I didn’t know Jonathan Richman then. I wish I had. It would really have helped. His music has such generosity of spirit. His voice is so open, and full of optimism. He takes childlike delight in most everything. He dances, the way I always imagined myself to dance. He’s not afraid to be vulnerable. His music … his music. ‘I’m Straight’ is more punk than any you can name. Don’t be confused by the polite tone. There’s anger and bile and frustration and repetition and a fuck-you attitude – and a killer riff to match. “I called this number three times already today. But I, I got scared, I put it back in place, I put my phone back in place. I still don’t know if I should have called up. Look. Just tell me, why don’tcha, if I’m out of place. Cos here’s your chance to make me feel awkward and make me wish I’d never called up this place.”  Jonathan has such a voice, such a way round a low-key melody and emotive phrase. When he sings, it seems like you can hear the tinkle of magic from somewhere outside the grimy windows and grey skies, the promise that not all pop stars are arrogant, self-loving bores. When he sings, it’s OK to be male and sensitive again. And it’s fine to find beauty in the insignificant details.

And that summer feeling is gonna haunt you
F Bb F Bb
One day in your life.

5. Morning Of Our Lives (live)
The quintessential Jonathan Richman song – as one fan put it on Facebook, “I brought my girls up on Jonathan and when my eldest has a particularly teenage moment of self-hatred we listen to this… never fails”.

Once, when I was very miserable, Michael printed out some lyrics and left them on my desk. I still keep them. The song was called The Morning of Our Lives and was recorded by Jonathan Richman and the Modern Lovers. It was released as a single on Beserkley in 1977 – with Roadrunner (Thrice) on the flip-side – as well as on the album Modern Lovers Live, a recording of the band’s performance at the Hammersmith Odeon that same year.

It’s a simple song, but one that embodies the way I feel about music’s sense of beginning. It begins in lolloping fashion, with a kind of Sesame Street strum, before Richman enters: “It hurts me to hear,” he sings in his well-Bostoned croon, “to see you got no faith in yourself./ It bothers me now to watch you, you got no faith in your own self.”

The purpose of this song is every bit as simple as that opening riff – an appeal for its subject not to listen to anyone else, but “to your own heart inside”, to know the power you have in you, and to not be afraid. “And our time is now, we can do anything we really believe in,” Richman insists. “Our time is now, here in the morning of our lives.”

There she was: the love of my life — the woman who helped me see through the painting, so to speak — dazed and bleeding on the floor of The 5 Spot. Panic gripped my brain, blood trickled from a gaping wound in her head, and a murmur went through the crowd as everyone turned their attention from the stage to the woman splayed on the ground. Frantic thoughts buffaloed through my consciousness: Was she OK? How did this happen? Were we gonna miss Jonathan Richman’s second set?

(The night my wife broke her head open at a Jonathan Richman show: a love story)

The thing to remember about Jonathan Richman is that even now (or maybe especially now), aged 62, he is unafraid of embarrassment. Not his own, so much – he dances like a loon, demands air conditioning be turned off because he can hear its hum, stands stagefront and declaims – but yours. It’s easy to watch Richman and cringe, at least at first, until his open-heartedness, his belief in the goodness of life and of people, claim you.

Richman has a similar dry speak-sing delivery to that of Lou Reed, but Richman displays little of the seriousness and gravity of Reed’s lyrical matter. Rather, Richman makes good use of a detached, ironic, wry sense of humor, while also trying to retain some of the wide-eyed innocence of childhood. He spits out the lyrics of “Pablo Picasso” like he does with other songs on the record, awkwardly, nervously, almost stuttering — as David Byrne would do years later.

The bizarre thing about that gig ET was the huge amount of punks singing along with glee to his more naive ditties… As we left the venue we met a line of police and mass of teddy boys all after a scrap. All kind of at odds with the jubilant punks singing Egyptian Reggae and doing the punky conga into the night. Police and teds were properly confused.

10. I Was Dancing In The Lesbian Bar

It’s all about the dance break.

Also Loved
(4 votes) The Girl Stands Up To Me Now, Girlfren’
(3 votes) Corner Store, Dodge-Veg-O-Matic, Back In Your Life, Lonely Financial Zone
(2 votes) A Plea For Tenderness, Monologue About Bermuda, Dignified And Old, Egyptian Reggae, Government Centre, It’s You, New England, Old World, Now Is Better Than Before, Roller Coaster By The Sea, The New Teller, There’s Something About Mary, Velvet Underground
(1 vote) Affection, Chewing Gum Wrapper, Don’t Let Our Youth Go To Waste, Everyday Clothes, New Teller, Since She Started To Ride, Fly Into The Mystery, Hey There Little Insect, I’m A Little Airplane, I’m A Little Dinosaur, Let Her Go Into The Darkness, Abdul & Cleopatra, Lydia, Rockin’ Shopping Cente, Silent Treatment, Someone I Care About, South American Folk Song, Surrender, The Neighbors, The Tag Game, True Love Is Not Nice, Vampire Girl, Vincent Van Gogh, When Harpo Played His Harp, You Can Have A Cellphone That’s OK But Not Me, You’re Crazy For Taking The Bus