A Passion Unstated but Deeply Felt: Beaches’ ‘Second of Spring’ 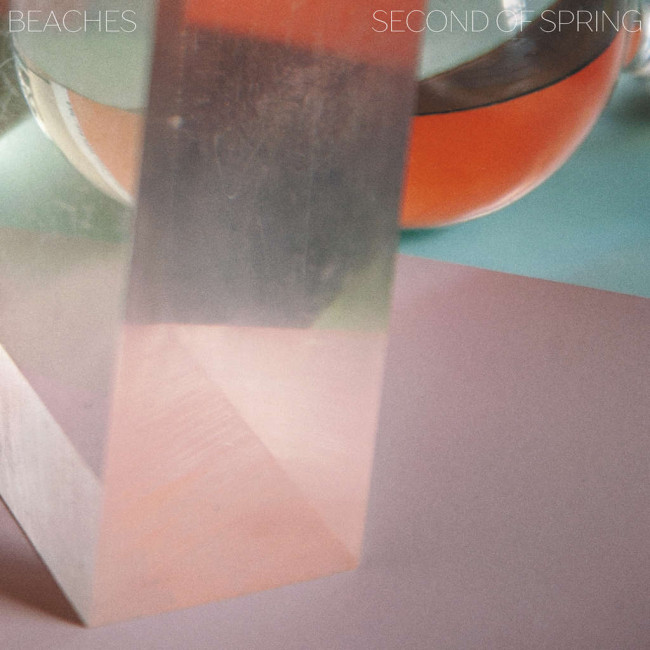 There are few Australian groups which can truly grasp the mind-manifesting ideas of the psychedelic sound and its underpinning ethos but Beaches are an act that consistently strikes the anvil on its head. A collection of members from well-known Melbournian acts with a few more extra hands thrown in, the five-piece have retained a lengthy silence since dropping celebrated second LP She Beats in 2013. Ending this absence, they’ve returned with the hard rocking psych of Second of Spring. It’s an open vessel for mind manifestation or brooding rumination and yes, there’s plenty to digest.

The double album is a definite slow burn. Its littered with instantly catchy moments of bliss but by no means is this pop masquerading as something else. In totality, it’s a towering musical movement – the very essence of a long-player. Using a vintage-leaning musical vocabulary, it courses with minimalism and grandeur.

Opener ‘Turning’ reintroduces the band with a pounding beat and lysergic drones. Trapped in its own endless ascension its followed by the instantly catchy fuzz of lead single ‘Void’. The mesmeric ‘Divers’ puts Krautrock sense of economy and repetition to the fore.

There’s also a touch of Melbourne’s underground sound, it filters outward from the bent riffs and heavily melancholic desolation of ‘Wine’. The honeyed ‘When You’re Gone’ hints at something closer to Throwing Muses. ‘Not Too Soon’ and the jagged post punk edge of ‘Golden’ also make welcome veers away from oblique psychedelia yet by the time ‘Walk Around’ rolls by it’s a full tilt return to daydreaming hallucination.

More than some hip name tag for power pop, boorish rock or indie landfall, Second of Spring stands on its own strength. Nothing is hammy or cliched, it’s all functional. The album is driven equally by densely blurred moments of stylistic reverence and devotion to genre craft. Again, the Melbourne outfit firmly stamps their vision of drifting psychedelia upon the world and as ever its worth every while. In a time where seemingly every piece of pop culture comes spoon fed, Beaches deliver piece of mind; A passion unstated but deeply felt.