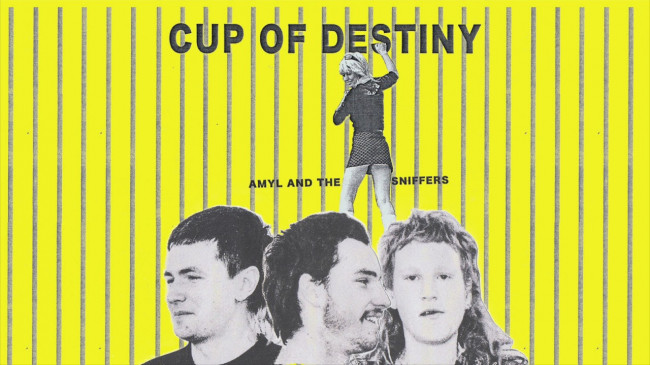 Some bands peddle profundity. Others pull up and burn the roof off of the place. Amyl and The Sniffers? If it wasn’t clear from the get-go, an answer doesn’t take long to present itself. The moment of clarity arrives as can of beer sailing toward the face.

The band cuts into ‘Westgate’. A heavy-hitting missive of bleak suburbia. Amy Taylor punches air while delivering her vocals.

These lyrics don’t overthink themselves, but the guitars can talk. They blitz with some Ramones style primitivism. To the crowd it’s a shot of chaos.

Those present are incised. They’re heaving, shouting along. A few meatheads but no shortage of righteous fans.

Guitarist Declan sinks a beer. The Johnny Thunders of the Australian mullet, but the guy can play. Beside him Taylor conducts the madness. “Yer, anyone good at shewtin’ shotguns?” Cheers!

The beer, the beer. It’s hard not to talk about the beer. Beer’s flung. Tins hurtle toward the band who spin a few back. What’s hopefully fluid from a stray sprays across more than a few faces.

Duck, dodge, jump, help someone up and, then push some drunken a bozo away. New cut ‘Cup of Destiny’ makes itself known. “Yeh never really know it until it hits ya.”

A quick shimmy ensures self-preservation. Clawing out from tangled punter as the band punches to its conclusion, well. Feels like coming up for air.