The Collapse Board Interview: The Stems’ Dom Mariani 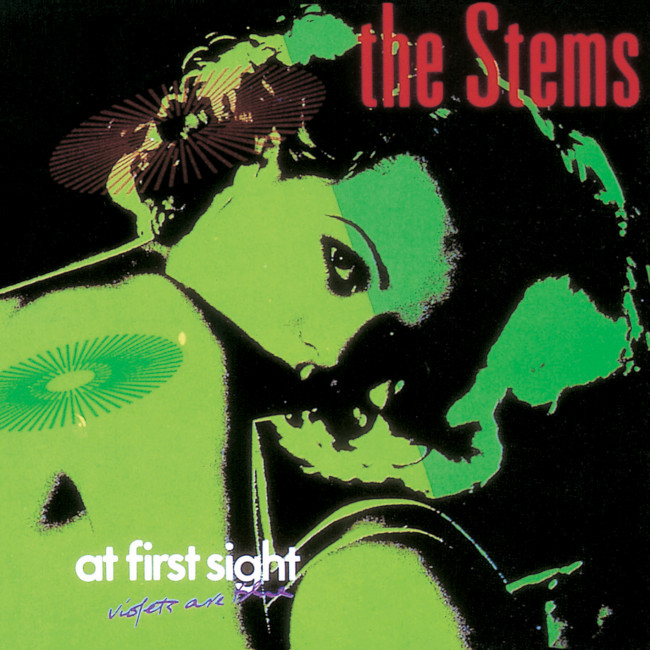 The ’80s were a decade defined by its sense of materialism and elitism. Capturing the zeitgeist music responded in kind with glitzy new wave, arena rock and synthetic pop dominating the airwaves. But as the raw sounds of the punk movement were petering out, evolving or sliding back into obscurity, a new generation of artists were finding refuge within in the sounds and songs of the past. The curious magnetism of genres like rockabilly and ska saw a wave of revivalism across the board, but it was the crude vigour of ’60 garage which came to define the decade’s outsider sound. With the hippy hangover of the 1970s receding from memory a new generation of ears were turning on to psychedelia and garage rock.

Australians were no exception and chief amongst of its notorious throwbacks were Perth outfit The Stems. Spurred on by a prevailing disconnect with the radio hits of the present they found solace in Lenny Kaye’s seminal garage compilation Nuggets. Augmenting this with the influence of Australian antecedents The Easybeats and The Masters Apprentices they cut a potent hard-riffing sound. After forming in 1984 The Stems accompanied other inner-city guitar outfits The Church, the Sunnyboys and The Hoodoo Gurus in bringing an unrepentantly retro sound back into the centre of popular music.

The Perth band may not have scaled the giddy peaks of their contemporaries, but their initial string of singles topped the nation’s independent charts and won a cult following abroad. Their growing momentum culminated in an acclaimed debut LP At first Sight Violets Are Blue in 1987. The record was one of the bestselling albums of the year, but a newfound success fanned internal tensions. The band acrimoniously split before the year was out.

The Stems have sporadically reconvened over the past 20 years. Since 1997 they’ve undertaken a number of tours, one offs and even recorded a second LP. In the absence of cofounder Rich Lane, the group has been touring in their latest iteration since 2013. Ahead of a forthcoming tour celebrating the 30th anniversary of their debut LP we catch up with Dom Mariani to talk ‘60s revivals, The Go-Betweens and his group’s psychedelic past.

Collapse Board: The Stems were – and are now again – a group which incorporated the sounds of ‘60s garage rock and psychedelia into their own music. Who were your inspirations?

Dom Mariani: Well I guess pretty much The Nuggets catalogue kicked it off, but it was more of a fusion of Nuggets and ‘80s power pop that we were doing. The early set list would have various covers from some of The Easybeats and obscure things from Nuggets and Pebbles. But the we were also doing things like ‘Zero Hour’ by The Plimsolls. That’s how it kicked off but then within about a year we’d really embraced the ‘60s garage thing. We went more in that direction.

But then as the band continued on we began to kind of go more into a guitar pop sound, the power pop was coming back again I guess in a way. But some of my favourites from that older era like The Electric Prunes, The Chocolate Watchband and The Masters Apprentices – bands like that – were quite a big influence. But also, a lot of mainstream ‘60s stuff too.

CB: Tell us about The Masters Apprentices and these ‘60s compilation albums. You didn’t have the internet, how were you finding out about these bands?

DM: There was the odd song on the radio you would here from time to time, like Count Five’s ‘Psychotic Reaction’ or ‘Fortune Teller’ by The Throb or something. I’d be listening going, “Oh great! Who does those songs?” Later in the early ‘80s I came across a second-hand copy of the Nuggets LP in a record shop which collected the music from those classic bands. From there I became more interested in finding out about these groups. At the time there were these reissues coming out through various French labels and things like that, you could find things like The 13th Floor Elevators and Chocolate Watchband.

An album which really got me in was an early find. It was a cassette version back in the late ‘70s of Underground by The Electric Prunes – that still stays in my top ten albums I suppose. I love that record. That’s kind of how I came to it.

I knew about the Masters Apprentices mainly through their hits in the early ‘70s and later finding out more about them by then buying a compilation album that came out through Raven. I discovered all the early garage stuff that they did, like ‘Buried and Dead’, ‘War or Hands of Time’ and ‘Hands On the Ward of Time’. But also, The Easybeats were a big influence too. That was pretty much it, we were right into this thing and coincidentally that seemed to be happening all around the world at the time, all these garage or ‘60s inspired bands were coming out of the US and Europe.

CB: What was it do you think that was drawing this generation of bands back toward this older music at that same period? Many of them in isolation of one another…

DM: I think it might have been a bit of a reaction to what was happening in the mainstream at the time. It was just people who were passionate about music or more specifically rock ‘n’ roll music. People were delving deeper and finding this treasure. All this sort of obscure ‘60s stuff that we would never have heard because it never got exposure on mainstream radio. There were hundreds, at least, of these undiscovered tracks that I guess were exciting to hear for the first time.

CB: Was there a feeling of disconnect with the music that was going on at the time?

DM: The mainstream and even some of the stuff that was coming out in Australia was not the sort of stuff I could really relate to, that synthesiser orientated sound. Some of the bands who were around at the time – I don’t want to name any names, it was just that kind of thing. There was also some of that funk, that white-driven funk, I didn’t mind some of it but I guess I more enjoyed guitars and rock ‘n’ roll. I wasn’t really getting a whole lot of that at the time.

Punk really turned things around back in the late ‘70s. That kind of punk became New Wave and from there you got all these bands that were breaking ground with synthesisers, drum machines and things like that. These weren’t songs I was into! I was more into The Beatles and The Rolling Stones. I didn’t mind some of the punk and new wave stuff that was coming out because, to me, that was closer to rock ‘n’ roll.

CB: Other Australian acts like fellow Citadel labelmates The Lime Spiders, as well as other big independent acts The Hoodoo Gurus which were also drawing on these retro elements. Did you see yourselves as part of a bigger revival, movement or family bands?

DM: I think that period of music was quite a fertile time for bands like that. We all seemed to gain momentum at the same time. The Hoodoo Gurus were a big example of that and obviously The Lime Spiders as well as Died Pretty and The Screaming Tribesmen. A real kind of purple patch of inner city rock ‘n’ roll. It was bubbling under and then all of a sudden, a label like Citadel and maybe to a lesser extent Waterfront and Greasy Pop in Adelaide were starting to release singles and albums by these bands. There was this big groundswell. It was a really exciting time. Some great music came out of that era, but it seemed to coexist with the venues that were around at the time. Sadly, those venues closed down and that movement slowly died off.

CB: Is there any underrated album, song or even group from that period that comes to mind when you look back on that period?

DM: That should have been huge? There’s certainly a few. Those singles that did come out on Citadel and Waterfront, the bands of that ilk and the songs they were producing, were worthy of being bigger than what they were. But I guess in terms of the underground interest they created they did become quite popular, but not in a mainstream sense.

Take a Died Pretty song like ‘Everybody Moves’. There’s a contender for a song that could have been huge! Even The Go-Betweens and bands like that, they were making great pop songs! I guess that’s part of the charm, isn’t it? They didn’t become these big smash hits. People didn’t get sick of them and they’re kind of revered as these seminal Australian songs. They never got saturated by the machine, the industry.

It kind of works both ways. We would have loved to have mad more money out of it, sure! We’re all kind of bitter about things like that but the art itself, the music, that’s still what stands up above everything else.

CB: Jumping forward to the present you’ve back together again for At first Sight Violets Are Blue’s 30th anniversary tour….

DM: The way that The Stems are at the moment it’s a great. We had to do a final tour of the original line up in 2008 because it wasn’t working anymore. We got back together in 2003 after being coaxed back on the scene and initially it went really well. We were so buoyed by the tour we thought we could keep it going. We went to Europe, US and Japan and did a lot of great things. But the original line-up was only ever going to have a certain used by date. We got to a point we weren’t enjoying it so that was it.

But again, someone’s coaxed us out of what you could call retirement! But we thought that if we were going to do this again we should have a new model, so we’ve gotten a new member in the band which is Ash Naylor. The band is so much better, it’s a great band to play in and doesn’t matter if we’re from the ‘80s or ‘90s or whenever it’s just a rock ’n’ roll band. We’re just excited to be playing.

DM: We’re going to be playing some of the songs from the album, including two or three songs that even when the album first came out we didn’t play. At first, we gravitated to the more up-tempo ones but over the years some of these songs on the album have given way to older material or newer ones.  We did the Heads Up album in 2007 so we’ve got the two now but back in the day we only ever did the one. It took us three or four to write those songs. So we feel fairly strongly about those songs. It’s going to be interesting to revisit those older songs again and it’s going to be fun!