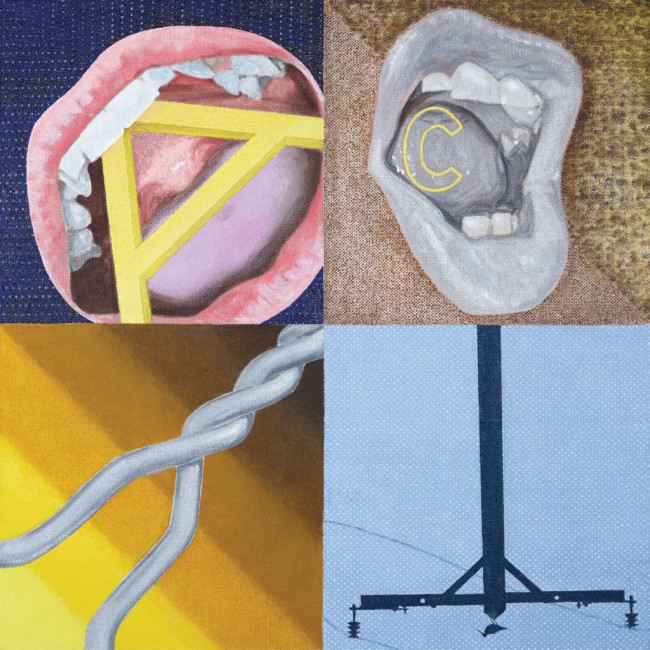 Yeah. So some people dance the way my dad used to hose down the lawn at 4pm on a Sunday in January: with a total absence of worry, let alone uncertainty. Most of the time I spend in clubs is the opposite. Do I want to be here? Is it kicking in? Where is everybody? The construction of all enjoyment involves a certain level of trust: you are doing this to me because I want it, or something through it, and vice versa. Sometimes, though, you can be in the room, smoke irradiating your face, and you’ve just got no idea what’s next. Holy Balm, though, are with you: unsure, dance-adjacent, thinking their way to dancing, and dancing their way to a thought.

Activity, as the title suggests, comes harder on the second half of that equation. 2012’s It’s You felt as if it was largely to do with understanding and dealing with the question of whether to turn up on the floor in the first place. Fuzzy and uncertain around the corners, songs like ‘Favourite Sweater’ had them midway between the club and the laundry, dealing with feelings caught between the fridge and the counter finding their place on the dance floor, of hesitating before diving in. Heck, most of ‘Holy Balm Theme’s lyric sheet was admitting that one didn’t know what to say, let alone what to do.

While that warmth, the patience, the generous intensity remains, this is different: being ready, but not being entirely sure what to do with it. And it’s trebly engrossing for being so. Leaner, meaner, cleaner and deeper than It’s You, Activity throbs with purpose from the opening warps of Fashion (more on that later). The bass kicks harder, the synths are wily, evocative and smoky, and Emma Ramsay’s vocals are the stuff of a certain whisper, of telling someone where and why and what they need to do, even if the words aren’t always so adamant. There’s a drop of the bracing antagonism of Geneva Jaccuzi, but only enough to throw things out of key, especially on ‘Hot Cold’, which is sort of like a Waterfall Person track dabbing.

The effect is all intoxicating, like the room parting, if only between your ears. In the frankly superlative ‘Fashion’, the answer is in your pocket, and it probably fits on your tongue too. “Fashion it the way you want/walk the way you feel,” Ramsay sings, urging you to get in and stay in. ‘Clandestine’ asks you to “visualise your mind / that is what I want to see” — the intimacy here isn’t about anything bigger or smaller than communion, and in trying to close the gap between two people, ‘Circumstance’ cycles further and further up before dying out on a higher plateau. It’s dreamy, it’s thudding, it’s immersive, and it’s gently probing: a club with nothing to prove and no one to prove it to except yourself.

So often chewing your cheeks is a proxy war, one for chewing your thoughts until they become a cuddy blur, to generate something as indistinct and total as the impulse to go out and find someone, something to do. But Activity is a call to action, but slow action, dancing for the right reasons. Holy Balm are holy because they are a balm for anyone who considers dance (and dance music) too rigidly certain, aggressive, where all the answers are overdetermined, simplified, functional, additive. Here, they make a space for not knowing, and they’ve furrowed it wide enough for anyone to slip in. To dance anxious is to find a way to dance truly, plumb with your doubts. In fact, it could be the only way to do it.