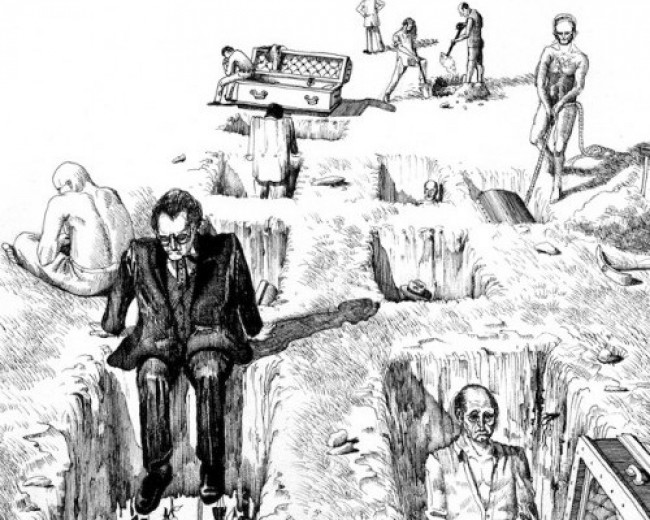 Laurel Halo makes my heart go pitter-pat. That doesn’t mean I’m in love with her, or even nursing some kind of unrequited crush, it just means that her music communicates in off-time stop/starts that make my heart go skipping off in all kinds of crilliks and arrhythmia. It’s one hell of a carciac workout.

Compared to last year’s Quarantine, this year’s album is a more ambient, less direct, more muted affair. You may have to listen closely to appreciate its charms. Or listen lightly and let it work through subliminal means. The choice is yours.

But if you’re able to lean in closer, to even meet it halfway, ‘Oneiroi’ is the breakbeat workout to end all breakbeat workouts, 7+ minutes of skittering dread painted with all kinds of surges that shoot back and forth across your aural field. It’s stunning, but not audacious like last year’s ‘MK Ultra’, which communicated in high-volume vocals and vibrant synths. Chance Of Rain deals in rhythms and texture, shadings and light.

The synth bends in ‘Melt’, the cut-up bassoon and/or clarinets, are breathtaking manipulations of sound. Every musician in the world with any money at all should be begging for Laurel Halo to produce their album, to sit in on their sessions, to respond to their e-mails with ideas and advice. Listen closely to ‘Ainnome’ and tell me I’m wrong.

This year’s cover is black and white. Last year’s was flushed with color. Winter vs. summer. Ice vs. warmth. Barren vs. lush. Last year was dancing; this year is graves.

‘Thrax’ as in the absence of An. ‘Serendip’ as in the absence of -ity. Chance Of Rain is covered, and titled, and unsung, in a way that suggests that language has failed, that it is unable to communicate what Halo needs to communicate, inarticulate as a disease. Something at the heart of this album lies frozen. And some may see that as an absence of nerve, a less accessible step backwards, but the closer you get the more chilling the album becomes. It’s already November, but in the un-Australian parts of the world it’s about to get colder and darker and deader all around us. Don’t give up on this album. By February it might be the only thing left in the world that makes sense to you.

Chance Of Rain forces you to admit that the skeletons of trees can be as beautiful as their leaves, if not more so. But you have to do a little bit of work. You have to pay attention.

Well you don’t have to, but you’re missing out on a hell of an album if you don’t. Put on the headphones, close your eyes, clear your head. Turn it up loud, one notch below uncomfortable. Do you feel that? It’s your heart, learning to pump in newer more interesting rhythms. Listen closely to your blood. It won’t be there forever.

One Response to Laurel Halo – Chance Of Rain (Hyperdub)