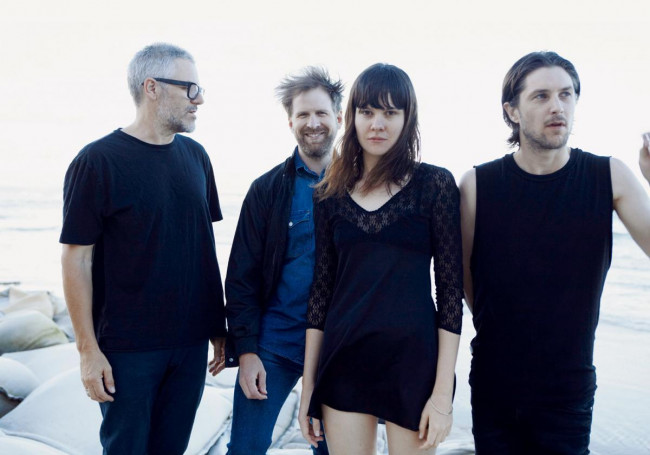 This passes the Electrelane test.

This is fun, too.

How many ways do you want me to say, “This is a great band”?

Would I have bought this?

I worry about criticism sometimes. It’s my job to, partly. (I’m studying for a PhD in online music criticism.) It bothers me that – in all the centuries that music criticism has been taking place, George Bernard Shaw being a prime practitioner – no one’s ever worked out a set of applicable criteria. Precisely what are all these worthy and golden critics giving grades to, for example? The state of the weather outside, the state of their mind as they’re listening to the music, how well the music manages to replicate the past while simultaneously hiding the fact it’s replicating the past, the throb of the bass, the performance engendered, the quality of the songwriting, the fact there are no songs present, the marketability, the recording quality…or a million (and more) other factors?

Reviews serve different functions: Consumer Guide, critical analysis, musicology lecture, straightforward description, history lesson…and that’s not even beginning to tackle the thorny problem of paid-for reviewing, as favoured by the Australian street press. Some purists (e.g. the American Government, with reference to criteria they want to bring into place regarding blogs – link) think that the act of receiving a free CD is payola.

When it comes down to it, there’s only one ever question you should ask yourself concerning critics’ recommendations. Would the critic have bought the CD, or paid for the ticket, themselves? Yes? Really? Then you have yourself a recommendation.

The debut album from Sydney four-piece Songs pushes all the right buttons as far as I’m concerned. Two guitars, two vocals, bass and drums played with mesmerising precision and passion. We’re talking echo-drenched, guitar-burnished, dream-time pop. We’re talking lengthy explorations into sound and texture, with cymbals that crash like far-off waves and guitars that drone and distort and bite deep. We’re talking some of my most beloved bands of the past three decades – that ’80s Dunedin bunch (The Clean, The Gordons and Straitjacket Fits), for starters. We’re talking about a band that’s not scared to keep playing a riff or a drone once they’ve got hold of one, and keep playing, and keep playing, until they see what develops.

We’re talking about music that causes everything else to fall by the wayside. So yes, I guess we are talking John Cale and a more minimal Sonic Youth (particularly on the languorous, Lee Ranaldo-esque, ‘Something To Believe In’) and every band that was inspired to pick up a guitar by Tom Verlaine and Robert Forster and (sigh) The Velvet Underground. (Indeed, I was initially a fraction wary of this album because of the way lead singer Max Doyle owes such a debt to Verlaine on the opening ‘Farmacy’…until I became overwhelmed by the song’s – by the Songs’ – sheer gorgeousness.) And please note: these comparisons are not supposed to denigrate, only enlighten. Songs are so their own band it almost hurts.

So yes, we are talking about Melbourne band Beaches, and their psychedelic wash of post-No Wave guitars: only a more naked cousin perhaps. And we’re not talking nudity, either. An obvious difference would be, I guess, that Songs really have got songs – not for them the Animal Collective trap of concentrating on the sound to the detriment of everything else. This band knows the importance of the performance, the sound and The Song.

The vocals (male, Doyle, and female, courtesy of bassist Ella Stiles) often sound like they’re coming from far away down a distant bush highway, or perhaps trapped inside your own imagination: chants, rambles, tangential asides that lead nowhere and make you want to stay there. The vocals ache and linger.

On the show-stopping, 11-minute long ‘Just An Idea’, guitars shimmer and shiver and blossom and spread into a blissful, torpid summer haze, the same way guitars once did on Galaxie 500’s climatic version of Jonathan Richman’s ‘Don’t Let Our Youth Go To Waste’.

As great as this song is, it’s not even the finest moment here – right now, that honour goes to the chugging, organ-fed, part-instrumental ‘My Number’ which so could be lifted from (much-missed former Brighton UK band) Electrelane’s 2001 debut Rock it To The Moon, it pains to type these words. Or perhaps that honour lies with the tumultuous place-holder ‘Oh No’, or the churning, soil-destroying, Brave Words riffs on ‘Retreat’, or the Daydream Nation-like torpor of ‘Clouds’, or…

Again, I’ll say it. These comparisons are not supposed to denigrate, only enlighten. I have few other mechanisms available right now for expressing my delight.

So: would I have bought this album with my own money had I not received a free copy? Fuck yes.

Songs is the Greatest Album I Have Heard This Year…and quite possibly this decade. Not that music is a competition, you understand.