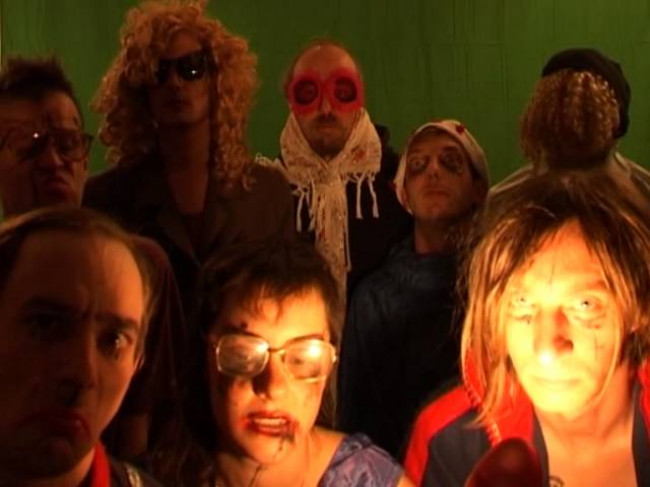 I got distracted yesterday by the razzmatazz and solid funk groove brother.

This is what I was attempting to run with:

Makes more sense now, doesn’t it? Laconic, repetitive, dryly humorous and WRONG. I don’t know why it feels humorous and I don’t really know why it feels wrong. All I know is that one time I sat down for a beer somewhere in the north of Germany and in unison, the whole table started to drink. This was Teutonic humour. And this is Teutonic music, undeniably – a groove that the Germans* long ago made their own. Can you think of ONE American band that sounds like this? It wouldn’t surprise me if every song by Les Mort Vont Bien is a  one-note variation of the above, and all the more wonderful for it. Here. Have another song at random.

Had you going for a second there, didn’t I?

The quote for the motivated beehive keepers reads:

The most glorious locked Teutonic groove since the first album from Deutsch Amerikanische Freundschaft. Blam!

I can think of a few Savages fans who might benefit from a little of this intensity:

* The fact that Les Morts Vont Bien are actually French detracts not one jot from the thrust of my argument.