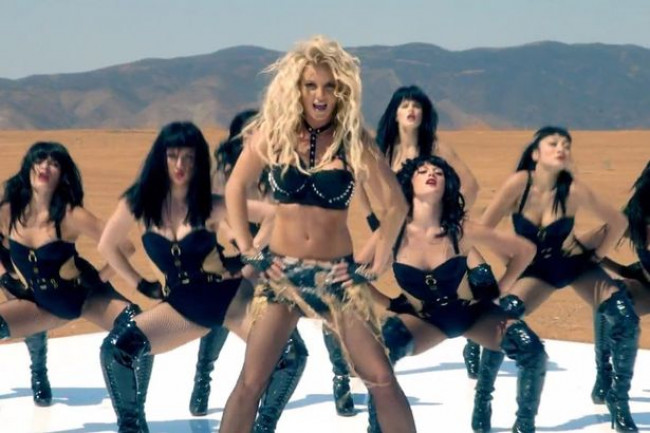 A second Song of the Day for Britney. (Here’s the first.)

I wrote a lengthy review of her new Britney Jean album for The Vine, which – rather weirdly, considering the artist – is currently my least read post there. Maybe it was too considered? A rich irony if so, for in it I suggested that the act of serious music criticism might run contrary to the act of listening to Britney, that perhaps her music isn’t supposed to be listened to in depth or chewed-over. It’s for the club, the gym, the background. No one seriously listens to Britney Spears for her lyrics, do they? That is my take on its, least ways. Music can, of course, be interpreted any number of different ways. I was more referring to the fact that perhaps those being paid to pass judgement on the new Britney Spears album might be doing it a disservice by not interacting with it the same way that most people will. (And yes, of course I’m aware that I don’t really know how most people will interact with it. But part of my role is to have a bit of a stab in the dark about such matters.) How can your critique of music have any value if you immerse yourself in entirely the wrong tank? This is where traditional models of popular music criticism fall apart, the idea that lyrical content matters as much as musical content, or production values, or place of consumption. This is the traditional way of looking at popular music, rooted in the 60s and the self-consciously important genre of  ‘rock’ music. No, I’m not saying Britney isn’t worthy of as much consideration as Arcade Fire. (Obviously she is.) Just that, surely your critiques should have some relevance to the music under critique?

Judging Britney the same way you’d judge Dylan or Elliott Smith is like taking a baseball bat to a cricket game.

More to the point, I wrote this about ‘Work Bitch’  in answer to those who would dismiss it for its ‘generic platitudes’.

I personally reckon ‘Work Bitch’ is a cracking good single – one of 2013’s finest. Relentless, bordering on inhuman in every sense of the word, brutal. Unforgiving. And impossible to resist. I couldn’t give a fuck about ‘generic platitudes’. If I gave a fuck about them I wouldn’t be able to listen to 98 per cent of rock music.

But I still don’t want to listen too close. If I listen too close the magic dissipates a little, and no way do I want that mighty pulsating grinder of a track, ‘Work Bitch’ have its magic fizzle out on me. WORK BITCH! WORK BITCH! It could be Throbbing Gristle or Rammstein, couldn’t it? Work, bitch.

As Neil Kulkarni puts it:

“Actually good enough to make me want to hear it, too loud (the whole thing is gloriously too loud) in a club with other human beings. Better than the entire recorded works of Bob Dylan and no mistake.” Singles reviews | Arctic Monkeys, Britney Spears, Fall Out Boy, Rahiem DeVaughn, Robbie Williams