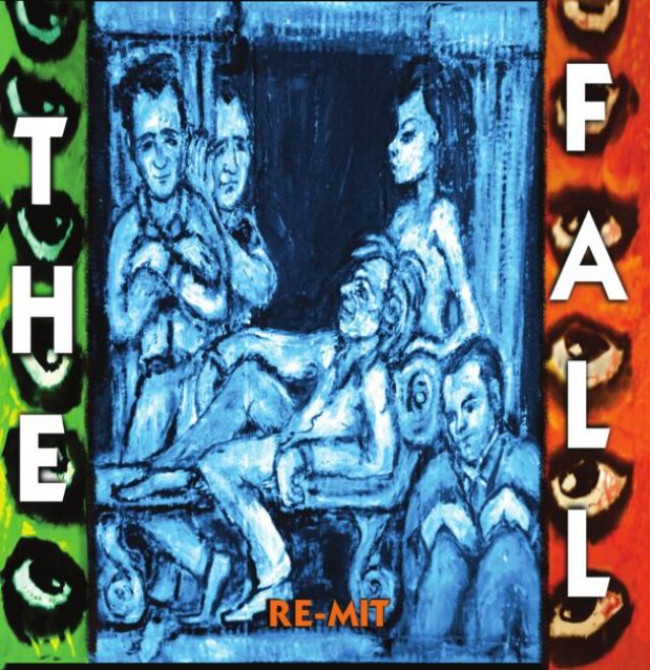 Hey, it’s a new Fall album. Mark E. Smith (the E is for edutainment) has learned the trick to avoid writer’s block — never stop moving. Keeping pushing through the rough spots and you’ll eventually end up making some kind of breakthrough.

Re-Mit isn’t a breakthrough by anyone’s standards, but it’s something. It’s another book in the bible of The Fall. It may not be the gospels (let’s hope it doesn’t end up being Revelations), more like Acts. There’s nothing here we haven’t heard before — say what you will about Ersatz G.B., it wasn’t what you were expecting. Personally, I liked its darkness, the muddled, muffled, frustrated despair.

But Re-Mit finds the workmen in the band more workmanlike than ever. They lope even as MES rages, the unhinged screams on ‘Victrola Time’ pass unacknowledged as the band just continues to plod. Which is a shame because the charisma of MES is still palpable, still making the case that a life lived under the influence of lager and speed is not without its benefits — may in fact actually be superior than a life lived on treadmills and free-weights, seltzer and arugula.

Just check out the main section of ‘No Respects Rev’. It’s little more than a toothless version of Your Future Our Clutter’s title track.

‘Kinder Of Space’ is such a great title. There’s more going on in those three words than any musician alive, and it’s why The Fall continue to be relevant, why they still matter.

Hell, the minute-long static-squelch of ‘Pre-MDMA Years’ would fit seamlessly onto The Conet Project boxset.

35 years in and they still inspire, still retain a sense of mystery, still offer glimpses of what music can be rather than what it has been. MES has never allowed himself a nostalgic or sentimental moment, and it’s a great source of his strength as an artist. Even when he’s lost, he keeps charging ahead. At this point in his art, MES’s closest comparisons are people like Johnny Cash or James Brown. No one outside of hip-hop rages and rants with the fury and ass-kick of MES. Still. After 35 years. Even on a record that’s probably never going to make a list of the 20 best Fall albums, he still exerts more personality, more force, than 99% of his fellow travelers in the world of guitar-driven rock.

But then again, some people think that Youth is one big endless party filled with limitless amounts of money, beautiful love, easy sex, and the knowledge that the world is a 24-hour theme park built to satisfy your every desire.

So it’s tempting to say that 2010’s Your Future Our Clutter might turn out to be the last great Fall album, but MES has been counted out before. Who knows? I’m willing to admit that MES knows things that I don’t. Maybe six months from now I’ll think Re-Mit is the best thing he’s ever done. At the very least, I’m going to keep listening. The Fall’s discography rewards close listening as much as any group ever. Like the best literature, no matter how much you get out of it, you’ll never reach the bottom.