The return of Everett True | 21. The Ethical Debating Society 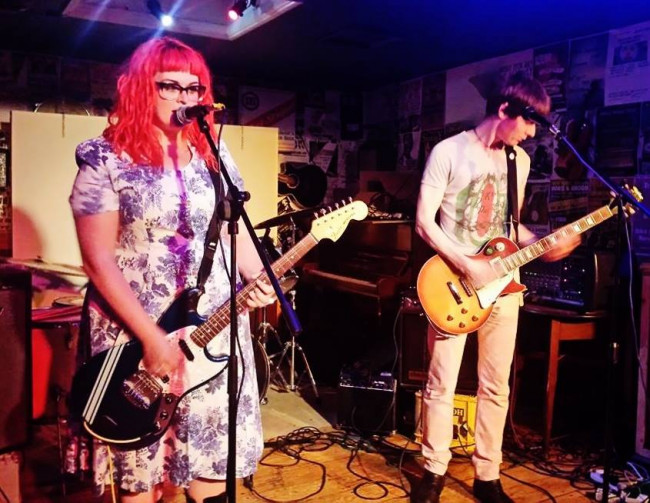 Well why not, I thought to myself.

Why, well not express appreciation for anger and determination and fire and verve well expressed.

Well, why not express appreciation for a voice that – man it could knock those seagulls down from those gutters where they spend their time plotting against those without helmets, such is its vim.

Well, why not say thank you to a band for supporting myself and others by supporting them and others? That’s the way community works, isn’t it?

Last Monday (it feels like an age ago) (today is Wednesday), this minor miracle happened in Brighton. Four bands played: chalk and salt and vigour and cheese. Dog Legs (click the link). La Mômo (click the link). The Legend! (lick the clink). And The Ethical Debating Society. A good time to be had. Expression and alienation and plenty of swearing and beauty. Oh, and anger. Great pub, too. Last Monday (it feels like another world now) (today is always Wednesday), a minor miracle occurred. A place where we could be ourselves, where friends congregated, new friends were made, old rivalries vanquished. (Some of them.) I don’t know what the fuck I’m typing actually. Too much has happened. Saturday night, on a beach on Worthing, a beautiful, sadly damaged lady waxed lyrical about my lyrical prowess. I sat and gazed in the direction of Brighton, and cried. A few hours ago I met… ah fuck. Where have all my secrets gone? Viv Albertine answered every query as directly as she could. To fumbling, bumbling me. The busy useless me. Last night there was this fine documentary shown in a Working Man’s Club in Bethnal Green about punk activism (positive force in DC) and it was all MALE ANGER this, MALE ANGER that and I wondered yet fucking again why there is only one gender in so much of punk rock. I would have raised the point but it felt almost churlish. Viv told me off, and yes. Damn. So here is my answer.

Is it just that women get angry about the WRONG THINGS, you male retards? (No no. I love you all. Really.)

Here’s the rule book. Now learn not to count. What matters isn’t that you hit the note, but the effort you put into trying to hit the note. Imagination over imitation. ALWAYS. It’s my fucking mantra actually. Imagination over imitation (which is why Dog Legs good, four legs bad). I scare myself sometimes. The Ethical Debating Society. I like ’em cos I fuckin’ like ’em, OK? (And they’re way better live than the video above allows.)